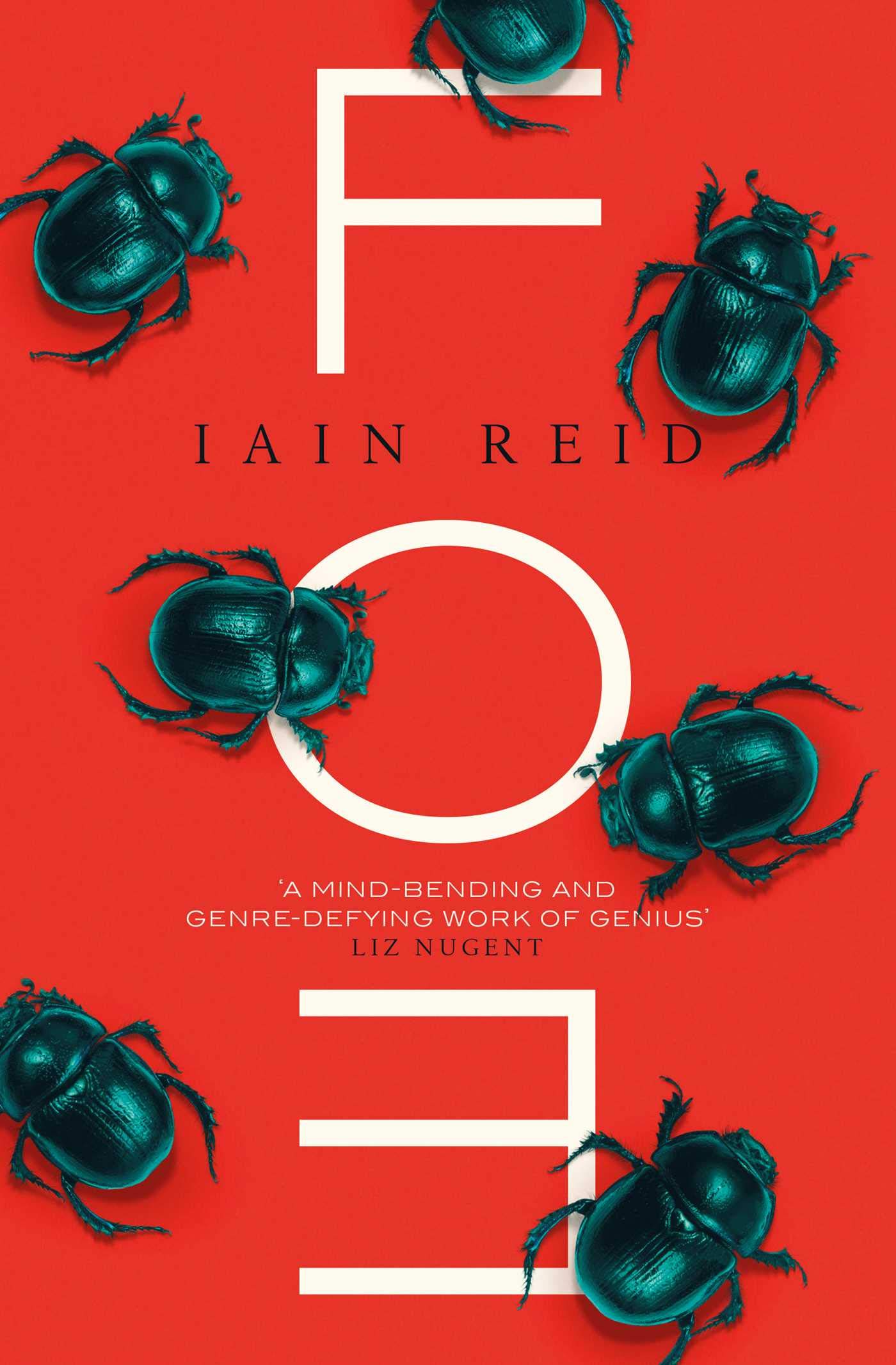 We don’t get visitors. Not out here. We never have.

Junior and Hen are a quiet married couple. They live a comfortable, solitary life on their farm, far from the city lights, but in close quarters with each other. One day, a stranger from the city arrives with surprising news: Junior has been randomly selected to travel far away from the farm…very far away. The most unusual part? Arrangements have already been made so that when he leaves, Hen won’t have a chance to miss him at all, because she won’t be left alone—not even for a moment. Hen will have company. Familiar company.

I’ve had Iain Reid’s I’m Thinking of Ending Things on my TBR since the dawn of time, so it’s strange I decided to read Foe first, however I was not disappointed with the story or the writing so I’m even more eager to read his fiction other novel now.

The first thing that struck me about this book was the way in which it was written. The language was super easy to read because it was so simple, yet the simplicity of it didn’t take away from the ever growing sense of fear and danger that built up and up and up throughout the story. I actually think if the story in this had been presented with more complex writing, I may have enjoyed the book less.

What really added to the mystery of this story was the fact that we were never allowed to get to know the characters all too well. It makes perfect sense by the end of the novel just why that was, but while reading you feel the enticement to want to know more about Hen and Junior.

I found myself immediately invested in the story being told in this novel, who was Terrance and what were his motives? At just under 300 pages, I whipped through this book, desperate to know how it was all going to end. While I was satisfied with the ending, I’m annoyed in retrospect that I was trying to hard to work out the twist, because I succeeded and maybe this made the ending a little more lacklustre for me than it did with other readers. I need to learn to just enjoy the book as it goes along, it’s not a competition to predict the end before the end!

Overall I thoroughly enjoyed the reading experience with this one. It’s not the best mystery I’ve ever read, but the build up of tension and the feeling of never really knowing what was going on and who the characters were really gave this book some excitement.