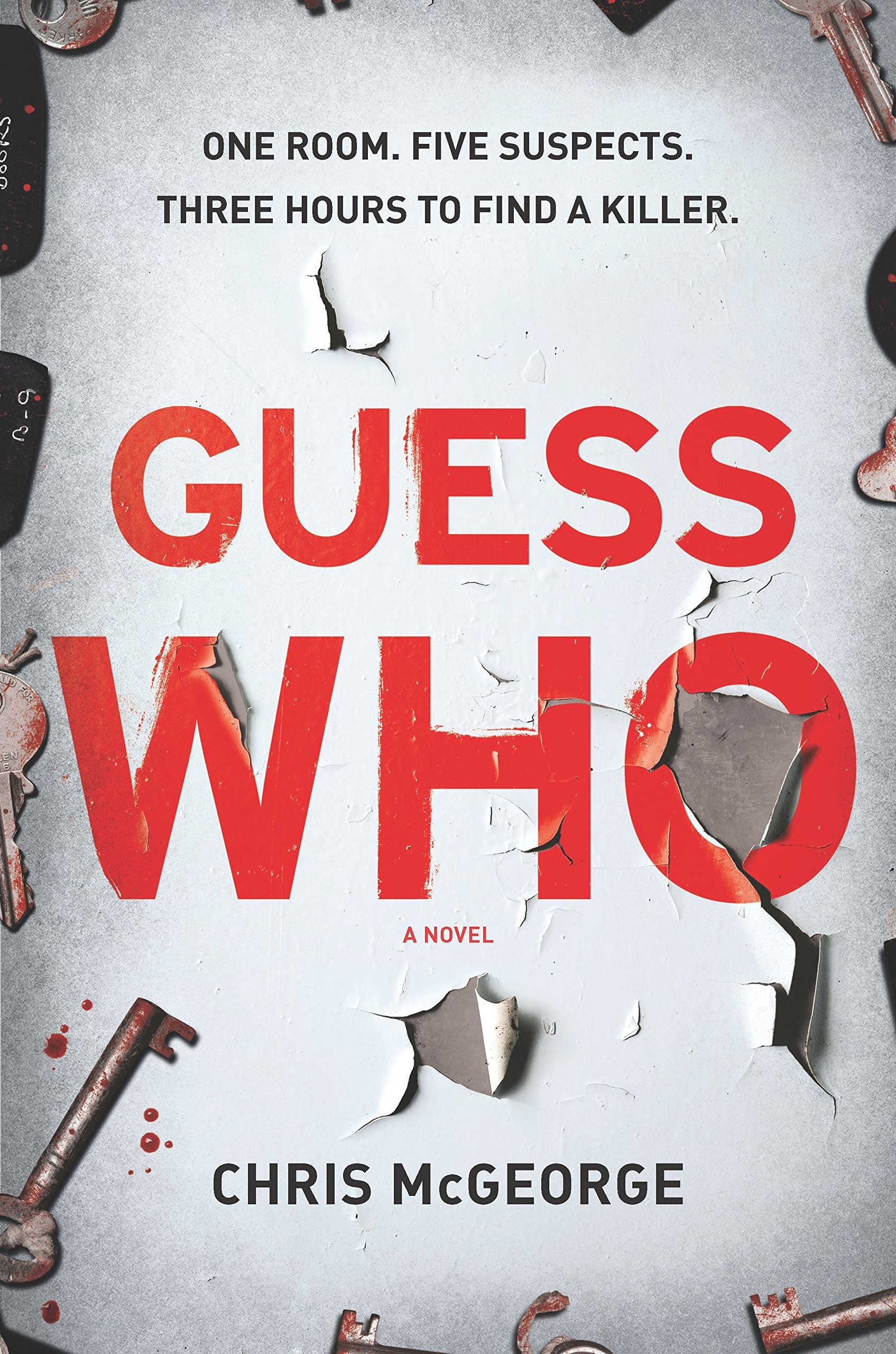 The rules are simple.

But the game is not.

At eleven years old, Morgan Sheppard solved the murder of a teacher when everyone else believed it to be a suicide. The publicity surrounding the case laid the foundation for his reputation as a modern-day Sherlock Holmes. He parlayed that fame into a gig as TV’s “resident detective,” solving the more typical tawdry daytime talk show mysteries like “Who is the father?” and “Is he cheating?”

Until, that is, Sheppard wakes up handcuffed to a bed in an unfamiliar hotel room. Around him, five strangers are slowly waking up, as well. Soon they discover a corpse in the bathtub and Sheppard is challenged to put his deductive skills to the test. One of the people in the room is the killer. He has three hours to solve the murder. If he doesn’t find the killer, they all will die.

It’s been a long time since I really disliked a book. I had high hopes for this one based on some reviews I’d seen around the blogosphere when it was first published, but wow, this was really underwhelming. I almost DNF’d this one but I was so hopeful that the ending would save it… spoilers, it didn’t. Please excuse my messy review for this book, I had a really hard time putting into words just what it was that I disliked.

As soon as I began this book I knew I wasn’t going to get on with the writing. There’s nothing wrong with a simplistic writing style if it’s done well (see Ira Levin) but there is a major problem with simple writing when it’s done like it was in this novel. There was a devastating lack of descriptive language despite the book being almost 400 pages. There was so much text but nothing was ever really said. All conversations between characters were completely flat and robotic. It was honestly quick painful to read in places.

An issue I, and many other lower rating reviewers, found with this book was the lack of decent characters. No-one was remotely likeable so I didn’t find myself rooting for anyone and I wasn’t particularly bothered about finding out who the bad guy was (even though I knew who they were from the moment we met them, more on that further down!) Not to mention, like the plot itself, the characters were unrealistic. At one point in the book there is a 11 year old boy who says “we need to look at every possible avenue”, and “eleven-year-olds solving a murder, maybe we’d be the first”- none of it rings true.

Now onto the worst offender, the story. I’m all for wild storylines (The Killing Lessons being a good example) however, this one is just silly and it’s silly from the start. Maybe if this one was better written, I could have suspended reality a little more and accepted the plot, but with all the other bad factors contributing, I simply couldn’t lose myself in this one.

In terms of the mystery, I went in expecting the “twisty mystery” as advertised on the back but wow, the twists in this could not have been more see-through. From the moment we meet one of the characters and our MC, Morgan Sheppard, starts to notice small things about them, it’s blatantly obvious this is going to the person Morgan is supposed to suss out. Knowing this made reading the rest of the book a complete drag, McGeorge could have at least waited more than 20 pages to give it all away.

Overall, this has been my least favourite book for a very, very long time. All of it felt lazy and amateur and I definitely won’t be picking up more of this authors books.

6 Replies to “Review: Guess Who by Chris McGeorge”