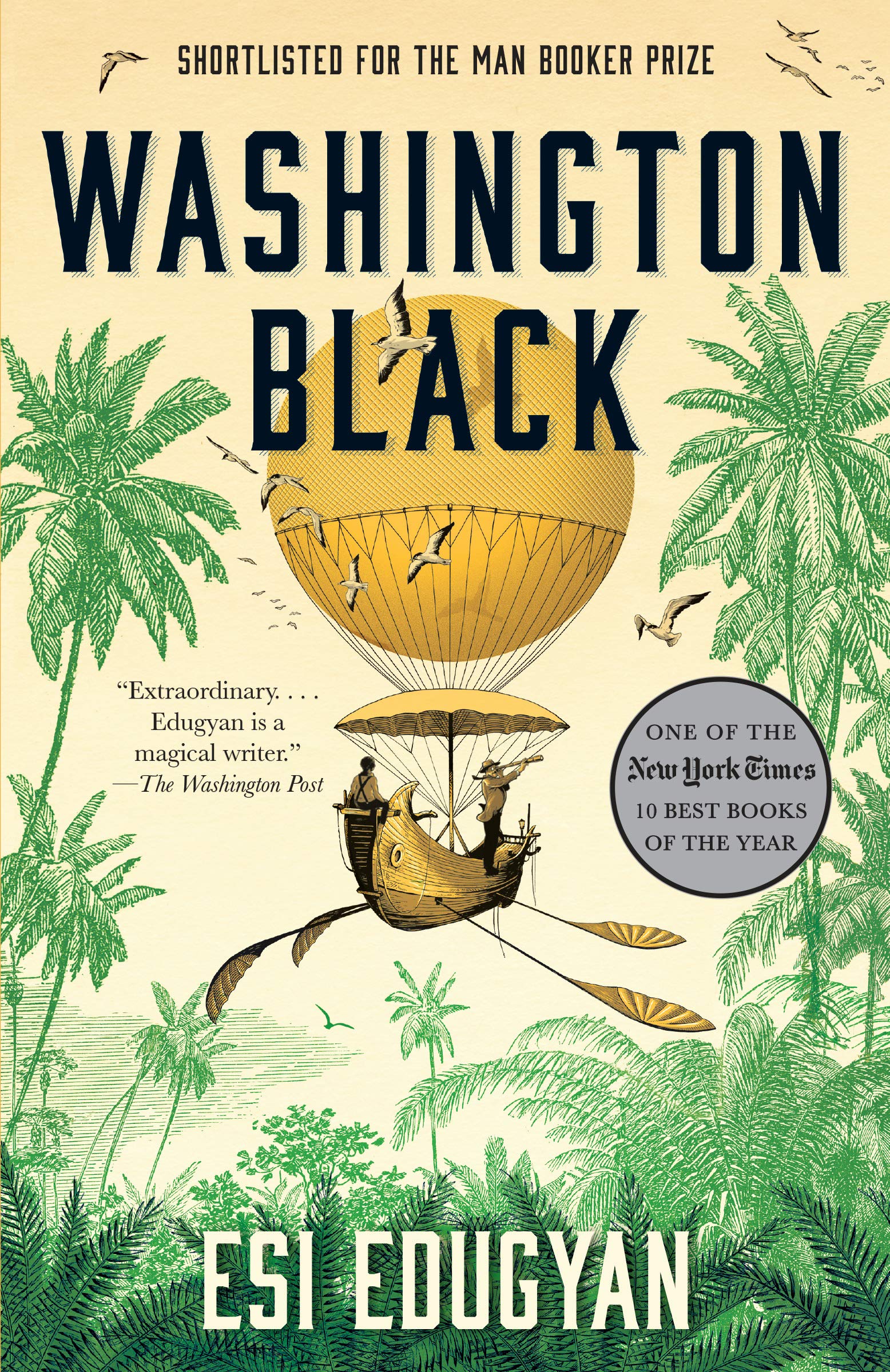 Eleven-year-old George Washington Black–or Wash–a field slave on a Barbados sugar plantation, is initially terrified when he is chosen as the manservant of his master’s brother. To his surprise, however, the eccentric Christopher Wilde turns out to be a naturalist, explorer, inventor, and abolitionist. Soon Wash is initiated into a world where a flying machine can carry a man across the sky, where even a boy born in chains may embrace a life of dignity and meaning, and where two people, separated by an impossible divide, can begin to see each other as human.

But when a man is killed and a bounty is placed on Wash’s head, they must abandon everything and flee together. Over the course of their travels, what brings Wash and Christopher together will tear them apart, propelling Wash ever farther across the globe in search of his true self. Spanning the Caribbean to the frozen Far North, London to Morocco, Washington Black is a story of self-invention and betrayal, of love and redemption, and of a world destroyed and made whole again.

This is not the usual type of book I pick up, but Owen spotted the cover when we were out book shopping and wanted me to give it a try. I enjoyed the historical fiction element of this book but the adventure element? Not so much. Despite an underlying want to read, I found it difficult wanting to pick this book up.

The first thing that struck me about this book, and niggled at me through the entire read, was the juxtaposition between the narration to the narrator. This story is told by Washington, who begins the books as an uneducated young boy, born into slavery. While his character does develop throughout the book and certainly becomes more educated on his journey, I still found it incredibly hard to believe he would end up as eloquent and well-spoken as he did, using words even I had to pause to Google on occasion. Edugyan is undoubtedly an incredible writer but I personally feel that was a slight downfall in making this book feel as realistic as possible.

I’m conflicted in my feeling for this book. Quite honestly, the first two thirds I found really difficult to get through. I didn’t feel the pull to pick this book up and when I was reading it, it wasn’t able to keep my attention for very long. I think my issue with the majority of the book was that too much happened. I would have preferred if we’d spent more time at the Faith Plantation and watched the characters grow and develop from there. You don’t have to throw your characters from one location to the next to give them… well, some character.

All that being said, I did really enjoy the last third of the book. The pace felt a little slower than before and (spoiler?) I actually really enjoyed the romance plot… I know! Me! Someone who notoriously hates romance in books! I was actually interested in that part of the character progression and sat down reading the book for far longer than I had done any of the other times before.

As for the ending, I personally felt that it lacked anything special. Maybe by this point in the book I was simply ready to move on from these characters and get the story done, but for me, this wasn’t memorable. Heck, I only finished it a couple of days ago and I can barely recall what happened.

Overall, there were good qualities to this book and there were bad ones. I think I would definitely be interested to read more by Edugyan if they weren’t of the same adventure-historical fiction genre. I’m glad I tried something different, and at least I can say I have this lovely cover on my shelves now!