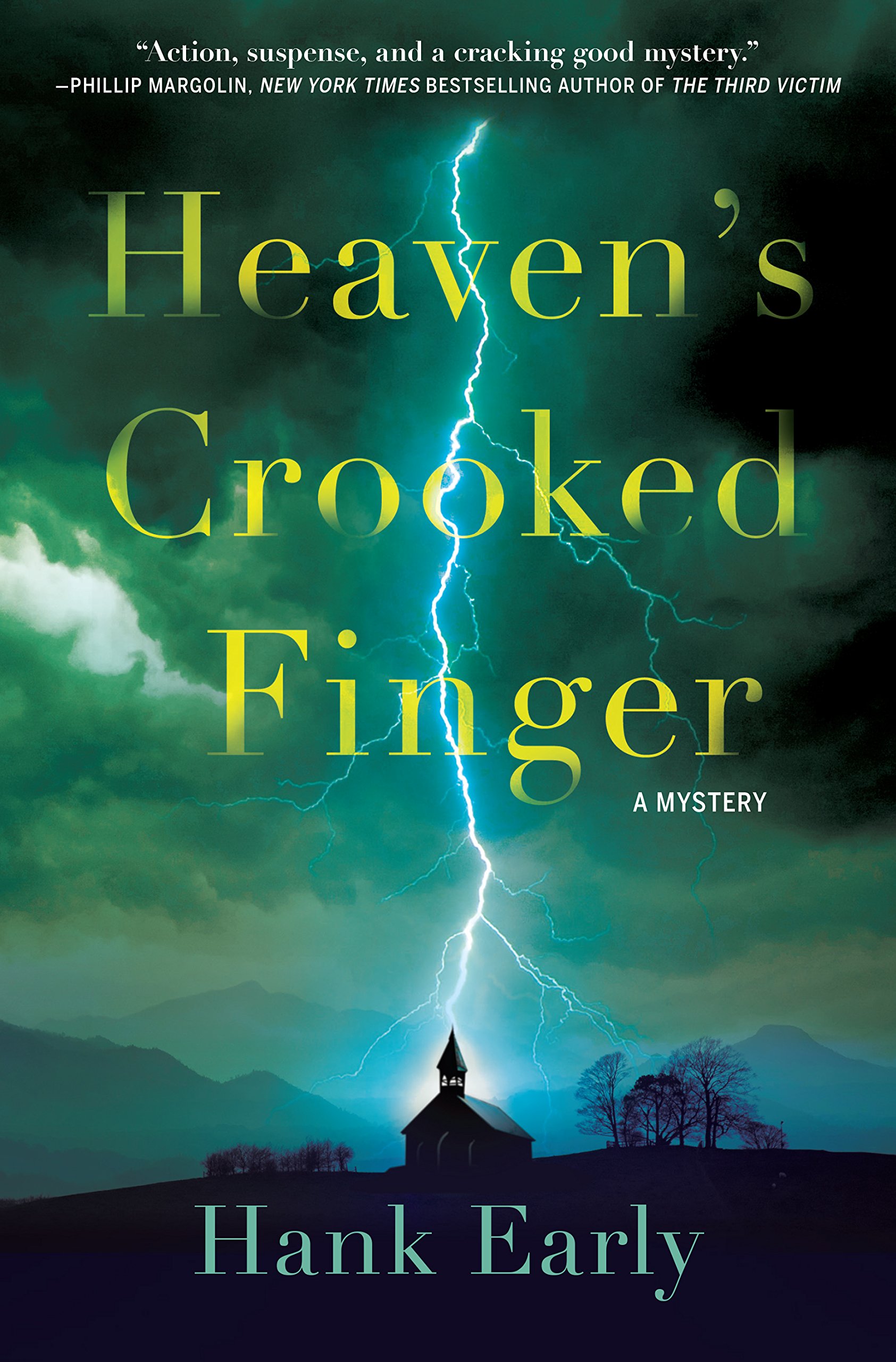 Earl Marcus thought he had left the mountains of Georgia behind forever, and with them, the painful memories of a childhood spent under the fundamentalist rule of his father RJ’s church—a church built on fear, penance, and the twisting, writhing mass of snakes. But then an ominous photo of RJ is delivered to Earl’s home. The photograph is dated long after his father’s burial, and there’s no doubt that the man in the picture is very much alive.

As Earl returns to Church of the Holy Flame searching for the truth, faithful followers insist that his father has risen to a holy place high in the mountains. Nobody will talk about the teenage girls who go missing, only to return with strange tattoo-like marks on their skin. Rumors swirl about an old well that sits atop one of the mountains, a place of unimaginable power and secrets. Earl doesn’t know what to believe, but he has long been haunted by his father, forever lurking in the shadows of his life. Desperate to leave his sinful Holy Flame childhood in the past, Earl digs up deeply buried secrets to discover the truth before time runs out and he’s the one put underground in Heaven’s Crooked Finger, Hank Early’s thrilling series debut.

Wow, how can I adequately get across my absolute adoration for this book? I went into this title not thinking much about it, just knowing I needed to read it because it had been on my Netgalley shelf for quite some time, and then bam my first 5 star read of the year!

There truly isn’t anything I can say I didn’t like about this novel. The story does take you on a wild ride that does feel absolutely insane at times, but knowing what I know about so many cults, who’s to say this kind of thing doesn’t happen in the back-ends of nowhere? I’m completely astounded by how cults come about and the dedication people have to them, it’s amazing how some people are so susceptible to believe in something so many others don’t and I loved how that was represented in this novel. The cult element of this story really sold me into requesting this book and it did not disappoint!

One of my favourite things about this novel was how the location, Coulee County, was a character within itself. The Georgia setting was as much a part of the plotline as any of the human characters, it was magnificent. I think it’s fair to say I’ve fallen in love with this gritty, Deep South setting and I will be seeking out more books like this. (A couple of years ago I read Savage Reckoning – 4 stars – and I loved that for its similar vibe)!

The (human) characters in this story were superb and it was interesting getting to know each and every one of them. Our MC Earl Marcus is a troubled, lone-wolf, and rugged middle-aged man with steel fists and a heart of gold. I absolutely fell in love with him and can’t wait to read about his escapades in book 2. The love interest in this novel is Mary, who again, I loved. She never backed down from a fight and was a woman who knew exactly what she wanted, but at the same time, she was timid and loving enough to be as endearing as she was fierce. Then there was a great mix of menacing characters like Choirboy, Shaw and Earl’s father. Early is a master at creating these intense and detestable people. All the way through I hated these awful men and I was filled with so much rage at their actions.

There is a never a dull moment in Heaven’s Crooked Finger as there were just so many mysteries to follow. Is Earl’s father really dead? What happened to Bryant McCauley? What happened with Maggie when she and Earl were younger? Why are so many young women disappearing? There are so many questions that need to be answered in this story and it’s exciting to follow each one of these paths. I wasn’t sure where some of them were going to go, so it was fun to try and work out the mysteries alongside Earl Marcus.

Thanks so much to Crooked Lane Books and Netgalley for giving me the opportunity to read this book in exchange for an honest review.