I used to do a very regular Netgalley Picks of the Week post, but since I don’t visit Netgalley much anymore, those blogs kind of fizzled out. I wanted to keep something Netgalley focused on my blog so I thought why not introduce a very loose series of books I’ve added to my TBR thanks to my infrequent visits to Netgalley.

It’s probably been over 2 months since I last visited the NG website, so I had a lot of books to scrutinise & these are the lucky picks that made it onto my list! 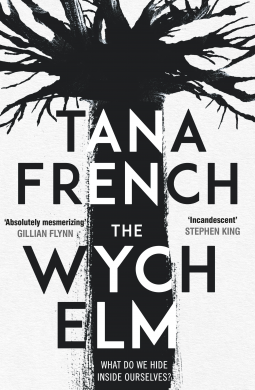 The Wych Elm by Tana French

Synopsis: One night changes everything for Toby. He’s always led a charmed life – until a brutal attack leaves him damaged and traumatised, unsure even of the person he used to be. He seeks refuge at his family’s ancestral home, the Ivy House, filled with memories of wild-strawberry summers and teenage parties with his cousins.

But not long after Toby’s arrival, a discovery is made: a skull, tucked neatly inside the old wych elm in the garden.

As detectives begin to close in, Toby is forced to examine everything he thought he knew about his family, his past, and himself.

“Who put Bella in the Wych Elm?” is a very famous murder mystery that I don’t think will ever get fully resolved. It seems that this is based off that piece of history, although it doesn’t directly link the two – but it can’t be a coincidence! I love the real life mystery so I reckon I’d like this fictional take on the story too. 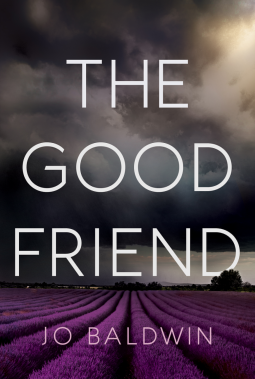 The Good Friend by Jo Baldwin

Synopsis: Once upon a time they were best friends. So when Jenny moved to Australia to focus on her swimming career, she not only lost Kath, but her soul-mate Tom. It was for the best. Or so they said.

Now, eight years later, Jenny seeks out her childhood friend and heads to rural France where Kath has settled.

At first, the women fall back into a close relationship, but before long strange and malicious behaviour leads Jenny to realise the truth: that Kath has played a clever game all along to manipulate and control those around her. And Jenny is her biggest victim.

Set against the glorious backdrop of the Languedoc lavender fields, The Good Friend is a beautifully written psychological drama about love, lies and a dangerous obsession. Because once the truth is revealed, there’s no going back . . .

I very rarely pay attention to books about “friendship and jealousy” but the small number of pre-reviews for this are already fantastic! It seems worth putting on my TBR! 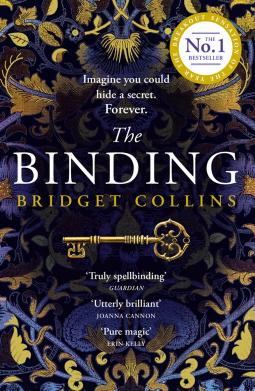 The Binding by Bridget Collins

Synopsis: Imagine you could erase your grief.

Imagine you could forget your pain.

Imagine you could hide a secret. Forever.

Emmett Farmer is working in the fields when a letter arrives summoning him to begin an apprenticeship. He will work for a Bookbinder, a vocation that arouses fear, superstition and prejudice – but one neither he nor his parents can afford to refuse.

In a vault under his mentor’s workshop, row upon row of books – and memories – are meticulously stored and recorded.

Then one day Emmett makes an astonishing discovery: one of them has his name on it.

It’s so difficult not to fall in love with a cover like this straight away. There’s nothing to say this is historical fiction but it gives me all those kinds of intellectual mystery vibes and I’m totally on board for that! 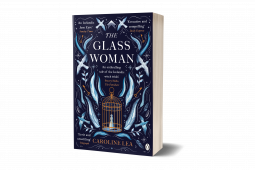 The Glass Woman by Caroline Lea

Synopsis: 1686, ICELAND. AN ISOLATED, WINDSWEPT LAND HAUNTED BY WITCH TRIALS AND STEEPED IN THE ANCIENT SAGAS.

Betrothed unexpectedly to Jón Eiríksson, Rósa is sent to join her new husband in the remote village of Stykkishólmur. Here, the villagers are wary of outsiders.

But Rósa harbours her own suspicions. Her husband buried his first wife alone in the dead of night. He will not talk of it. Instead he gives her a small glass figurine. She does not know what it signifies.

The villagers mistrust them both. Dark threats are whispered. There is an evil here – Rósa can feel it. Is it her husband, the villagers – or the land itself?

Alone and far from home, Rósa sees the darkness coming. She fears she will be its next victim . . .

Look at that cover! I love a good eerie historical fiction, especially if there is witchiness and suspicious husbands involved! 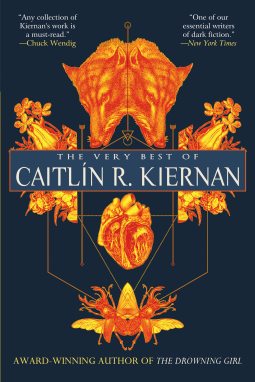 Synopsis: Caitli­n R. Kiernan is widely acknowledged as one of dark fantasy and horror’s most skilled and acclaimed short fiction writers. Here in this retrospective volume is her finest work, previously only collected in sold-out limited editions. Kiernan’s tales are visceral, sensual, devastating, and impossible to resist: a reporter is goaded by her girlfriend into watching people morphing into terrifying art; a critic interviews an elderly model from a series of famous mermaid paintings; a moviegoer watches a banned arthouse film only to discover exactly why it has been banned.

I’ve never heard of Caitlín R. Kiernan before, but you know me… I’m a sucker for a short horror story collection! I also love this mesmerising & disturbing cover for this one. 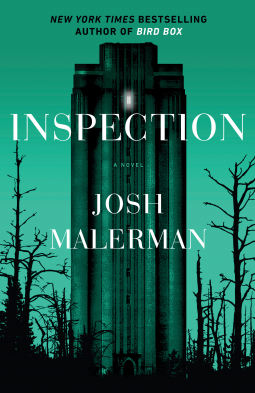 Synopsis: J is a student at a school deep in a forest far away from the rest of the world.

J is one of only twenty-six students, all of whom think of the school’s enigmatic founder as their father. J’s peers are the only family he has ever had. The students are being trained to be prodigies of art, science, and athletics, and their life at the school is all they know—and all they are allowed to know.

But J suspects that there is something out there, beyond the pines, that the founder does not want him to see, and he’s beginning to ask questions. What is the real purpose of this place? Why can the students never leave? And what secrets is their father hiding from them?

Meanwhile, on the other side of the forest, in a school very much like J’s, a girl named K is asking the same questions. J has never seen a girl, and K has never seen a boy. As K and J work to investigate the secrets of their two strange schools, they come to discover something even more mysterious: each other.

After loving Bird Box, I actually haven’t read any other of Malerman’s work, however, I add each and every one onto my TBR. This sounds ominous and again, the cover is just so enticing! 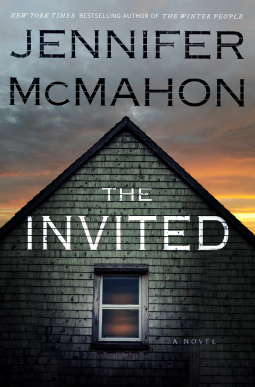 The Invited by Jennifer McMahon

Synopsis: In a quest for a simpler life, Helen and Nate have abandoned the comforts of suburbia to take up residence on forty-four acres of rural land where they will begin the ultimate, aspirational do-it-yourself project: building the house of their dreams. When they discover that this beautiful property has a dark and violent past, Helen, a former history teacher, becomes consumed by the local legend of Hattie Breckenridge, a woman who lived and died there a century ago. With her passion for artifacts, Helen finds special materials to incorporate into the house–a beam from an old schoolroom, bricks from a mill, a mantel from a farmhouse–objects that draw her deeper into the story of Hattie and her descendants, three generations of Breckenridge women, each of whom died suspiciously. As the building project progresses, the house will become a place of menace and unfinished business: a new home, now haunted, that beckons its owners and their neighbors toward unimaginable danger.

I would be lying if I didn’t say that the only thing that really has me interested in this book is the tagline “the story of a husband and wife who don’t simply move into a haunted house–they build one…” – how amazing does that sound?!

That’s all for now folks! I’d love some feedback on this post – it’s not hugely different to what I was doing before but I want to make sure it’s still something people would be interested in reading!

What books have caught your eye on Netgalley recently? Any of these make it to your list too?

14 Replies to “Netgalley made me add them (recent TBR additions)”