Hello everyone! Here is my latest Netgalley picks blog post. Sorry I’m a day late with this post again! Life is busy and getting in the way… 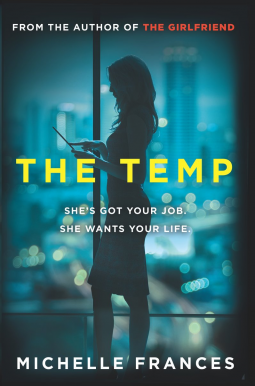 Synopsis: No one was going to replace her. Were they?

Carrie is a successful TV producer in a high pressure job. She’s talented, liked, and well-respected. She and her husband, Adrian, an award-winning screenwriter, decided years before that they didn’t want children. But now, just as they’re both at the pinnacle of their careers, she has discovered she is pregnant, and is shocked to find that she wants to keep the baby. But in a competitive industry where time off is seen as a sign of weakness, Carrie looks on the prospect of maternity leave with trepidation.

Enter Emma, the temp, who is everything she could wish for as her cover: smart, willing and charming. Carrie fears that Emma is manoeuvring her way into Carrie’s life, causing turmoil in both her marriage and her work as she does so. The problem is everyone else adores her . . .

Increasingly isolated from Adrian and her colleagues, Carrie begins to believe Emma has an agenda. Does Emma want her job? Or is she after even more? 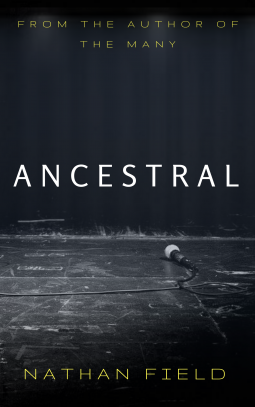 Synopsis: It’s been three months since Dawn Flint was abducted from her home in the dead of night. Three months of harrowing flashbacks, disturbing visions and acute morning sickness.

Determined to expose the anonymous group responsible, Dawn is joined by Karl Morgan, whose sister suffered a similar sexual trauma. Together they’ve tracked down Dawn’s abductor to his family home.

During an intense interrogation, Dawn soon has reason to believe their every move is being watched. And when the anonymous group intervenes in stunning, unexpected fashion, Dawn comes to realize that the unwanted seed she’s carrying is the only thing keeping her alive. 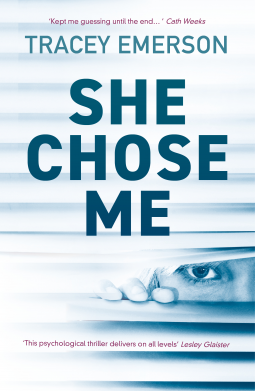 Title: She Chose Me

Synopsis: Grace has returned to London after twenty years abroad to manage her dying mother’s affairs. When she receives a blank Mother’s Day card in the post, she is confused and unsettled. Who could have sent it to her and why? She isn’t a mother.

Another Mother’s Day card arrives. Then come the silent phone calls. Haunted by disturbing flashbacks, Grace starts to unravel. Someone is out to get her. Someone who knows what she has done. Someone who will make her face the past she has run from for so long. 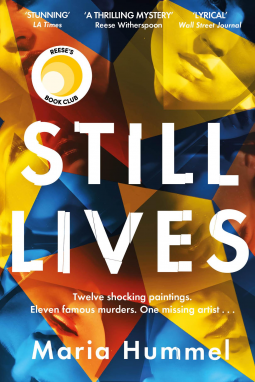 Synopsis: Kim Lord’s face looked back at me, disguised in paint and the features of a murdered woman.

Revered artist Kim Lord is about to unveil her most shocking show yet: Still Lives, a series of self-portraits in which she impersonates the female victims of America’s most famous homicides, from Nicole Brown Simpson to the Black Dahlia.

As celebrities and rich patrons pour into L.A.’s Rocque Museum for the opening night, the attendees wait eagerly for Kim’s arrival. All except Maggie Richter, museum editor and ex-girlfriend of Greg Shaw Ferguson, Kim’s new boyfriend. But Kim never shows up to her party and the crowd’s impatience slowly turns to unease.

When Greg is arrested on suspicion of murder, it seems that life is imitating art. Has Kim suffered the same fate as the women in her paintings? As Maggie is drawn into an investigation of her own, she uncovers dark and deadly truths that will change her life forever… 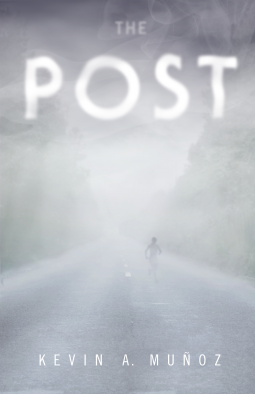 Synopsis: Ten years after the world’s oil went sour and a pandemic killed most of the population, Sam Edison is the chief of police of The Little Five, a walled-in community near Atlanta, Georgia. Those who survived share the world with what are known as hollow-heads: creatures who are no longer fully human.

A man and a pregnant teenager arrive at the gate and are welcomed into the town. They begin to settle in when suddenly both are murdered by an unknown assailant. In the course of investigation, Chief Edison discovers that the girl was fleeing a life of sexual slavery, and that some members of the Atlanta community were complicit in the human trafficking network that had ensnared her.

In retaliation for Edison’s discoveries, agents of the network abduct the stepdaughter of the town’s mayor. Sam Edison and three companions track the kidnappers to Athens, Georgia, where they discover that the entire city is engaged in human trafficking. By the time Edison has recovered the kidnapped girl, the other three rescuers have been killed, leaving Edison alone to bring the mayor’s stepdaughter home. Further complicating their return is Sam’s realization that a prominent member of the community is in truth the ringleader of the slave-trading network. Against such great odds, will Sam ever make it to Little Five alive? 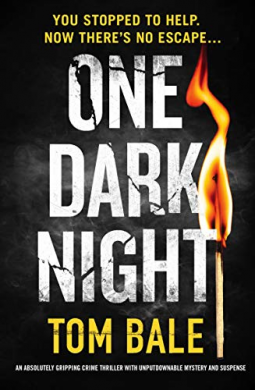 Synopsis: He sees his wife’s eyes watching him in the rear-view mirror, the kids up on their knees to get a better look. That’s when he hears the scream…

You’re driving home from a family outing one afternoon, when a speeding car cuts you up, nearly causing you to crash. Like anyone would, you pull over to confront the driver.

But a glance into the backseat of the speeding car reveals a woman fighting to escape. She is terrified and she’s screaming for your help: these men have murdered her husband…

What would you do? 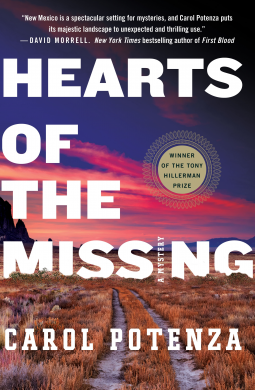 Title: Hearts of the Missing

Synopsis: When a young woman linked to a list of missing Fire-Sky tribal members commits suicide, Pueblo Police Sergeant Nicky Matthews is assigned to the case. As the investigation unfolds, she uncovers a threat that strikes at the very heart of what it means to be a Fire-Sky Native: victims chosen and murdered because of their genetic makeup. But these deaths are not just about a life taken. In a vengeful twist, the killer ensures the spirits of those targeted will wander forever, lost to their family, their People, and their ancestors. When those closest to Nicky are put in jeopardy, she must be willing to sacrifice everything—her career, her life, even her soul—to save the people she is sworn to protect. 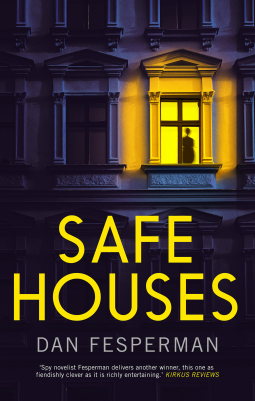 Synopsis: West Berlin, October 1979. Helen Abell is a young American, employed by the CIA to oversee a number of safe houses. She arrives in Berlin, expecting excitement and intrigue, and is disappointed to find the city a ‘Cold War backwater’. But one night she stumbles upon two dark but very different secrets. If made public, they could damage the careers of high-ranking people with powerful ambitions. But Helen decides that the price of silence might be costlier still, so she covertly works to reveal the truth even as she risks her career.

Maryland, August 2014. In a small farming town, a young man called Willard Shoat gets up one night and shoots his parents while they are sleeping. His sister Anna hires a private investigator to help her understand her brother’s motives. Willard has always been slow, but never violent. Could someone have influenced him? As they delve into the events leading up to her parents’ deaths, Anna uncovers a whole side to her mother that she never knew about… 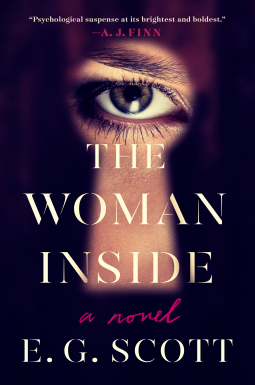 Title: The Woman Inside

Synopsis: Rebecca didn’t know love was possible until she met Paul, a successful, charismatic, married man with a past as dark as her own. Their pain drew them together with an irresistible magnetism; they sensed that they were each other’s ideal (and perhaps only) match.

But twenty years later, Paul and Rebecca are drowning as the damage and secrets that ignited their love begin to consume their marriage. Paul is cheating on Rebecca, and his affair gets messy fast. His mistress is stalking them with growing audacity when Rebecca discovers Paul’s elaborate plan to build a new life without her. And though Rebecca is spiraling into an opiate addiction, it doesn’t stop her from coming up with a devious plot of her own, and this one could end absolutely everything. 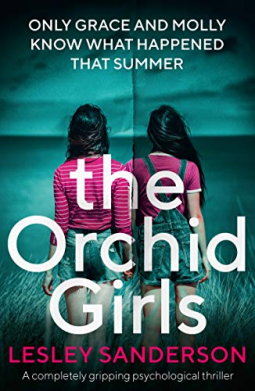 Synopsis: They called them the Orchid Girls. Grace. Charlotte. Molly.

One day, on a jagged Dorset cliff, wind whipping their hair, waves crashing on the rocks below, threefriends became two – and no one knows the truth.

So that’s it for this week! Not a huge list this week, but definitely some interesting sounding books on the horizon!

5 Replies to “Netgalley Picks of the Week | 26th September”