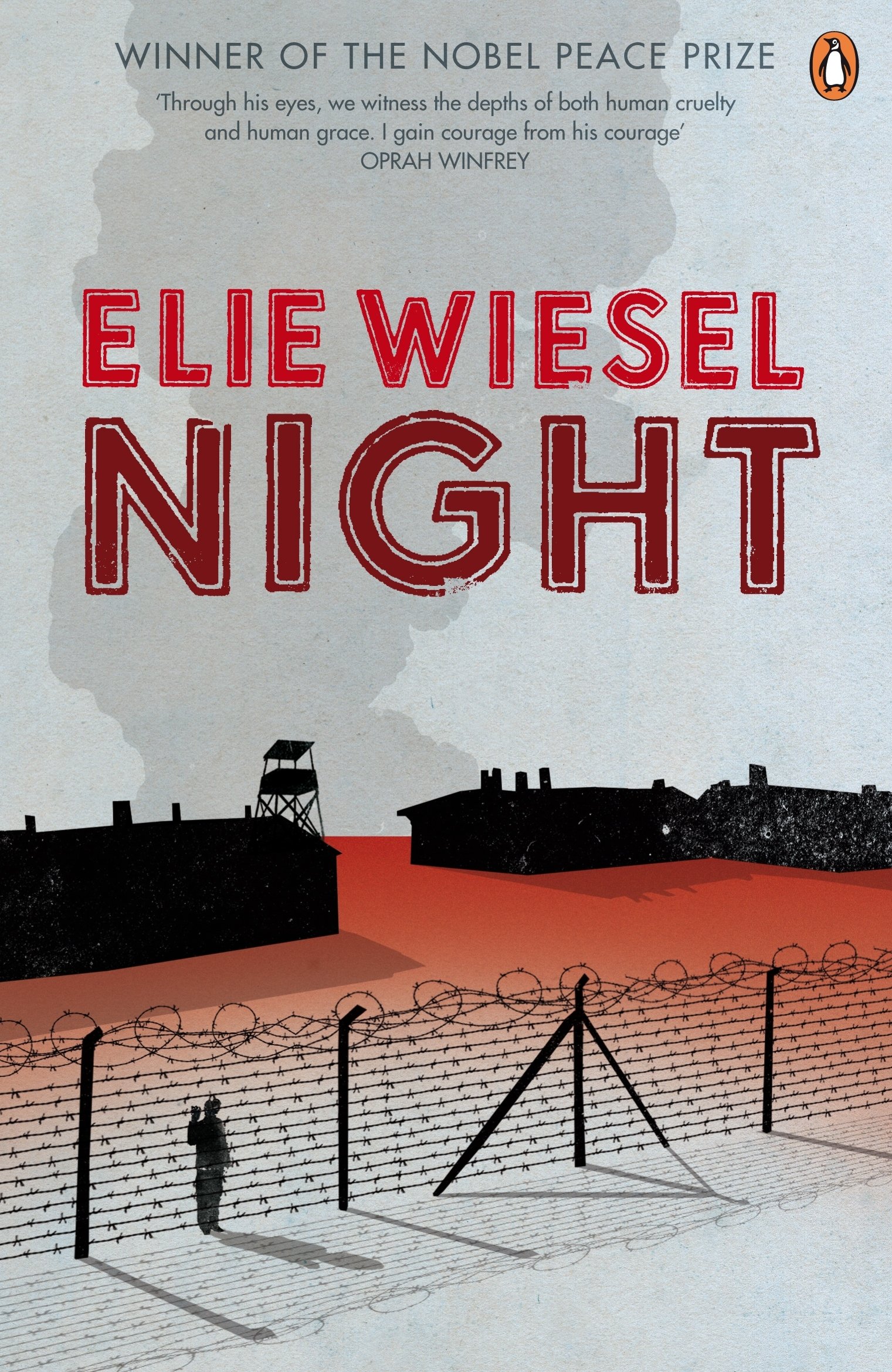 Born into a Jewish ghetto in Hungary, as a child, Elie Wiesel was sent to the Nazi concentration camps at Auschwitz and Buchenwald. This is his account of that atrocity: the ever-increasing horrors he endured, the loss of his family and his struggle to survive in a world that stripped him of humanity, dignity and faith. Describing in simple terms the tragic murder of a people from a survivor’s perspective, Night is among the most personal, intimate and poignant of all accounts of the Holocaust. A compelling consideration of the darkest side of human nature and the enduring power of hope, it remains one of the most important works of the twentieth century.

“They called him Moishe the Beadle, as if his entire life he had never had a nickname.”

What a tragically harrowing book. I cannot begin to explain my thoughts and the emotions one goes through when reading this. We are never, ever going to truly understand the full extent of the pain inflicted upon Jewish people, and others, in concentration camps, but this might be our best shot.

This is a very short, but very sobering non-fiction book from a young man who survived the persecution of the Jewish people during World War II. It’s certainly a difficult book to read but it’s important to not turn a blind eye on the treatment of Jewish people during this time.

What struck me the hardest with this novel is the idea that the Holocaust turned friends and family upon each other so easily. Where unconditional, selfless love once reigned, the devasting treatment of the Jewish people meant they no longer cared for their peers wellbeing, as long as they themselves were safe. Wiesel explains how he saw, first hand, sons turn on their fathers, the young turn on the old. Many people lost their faith during this time, and many trusted only themselves.

Night feels like a tragic work of fiction. A work of fiction so disturbing and heartbreaking you think; surely none of this can be real? But, of course it is. It’s incomprehensible the things that were done during WWII but it’s important to remember that they did happen, so we can avoid it happening again.

I heard a wonderful quote the other day (strangely from the mouth of Reggie Yates) which I feel is completely relevant to this part of history; “It’s definitely important that you forgive, and that’s the only way things are going to change, if people forgive. But you must never forget, because if you forget, what the hell are you going to learn?”

I can understand why this book is taught in schools, I wish it had been something that I had studied in my own school, especially since WWII was one of our subjects in GCSE History.