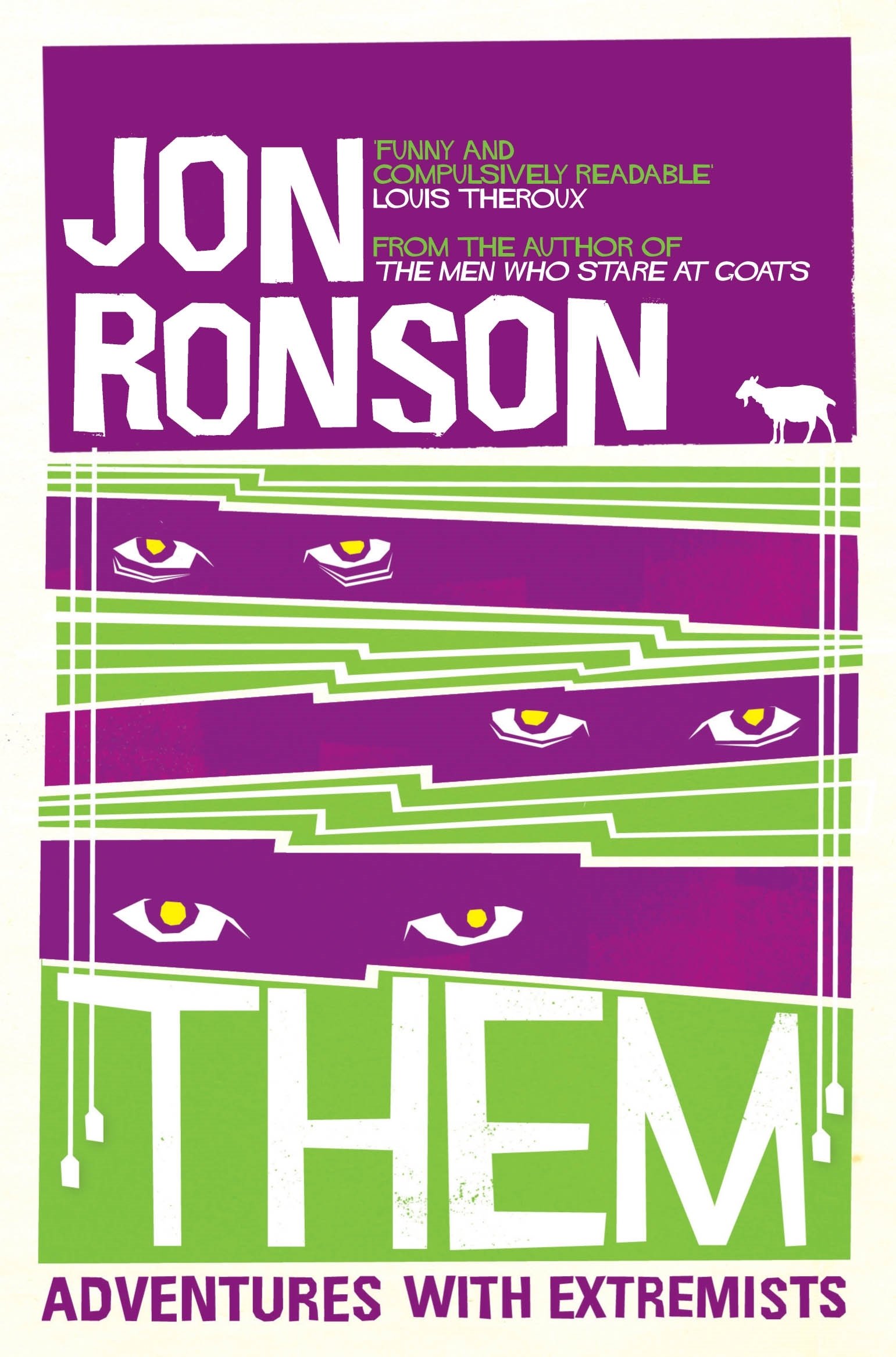 What if a tiny, shadow elite rule the world from a secret room? In Them Jon Ronson sets out to find this room, with the help of the extremists – Islamic fundamentalists, neo-Nazis, Ku Klux Klansmen – that believe in it. Along the way, he is chased by men in dark glasses, unmasked as a Jew in the middle of a Jihad training camp, and witnesses international CEOs and politicians participate in a bizarre pagan ritual in the forests of northern California.

A Sunday Times bestseller and the book that launched Jon Ronson’s inimitable career, Them is an eye-opening, outrageously funny exploration of extremism, which makes both author and reader think twice about the looking-glass world of ‘us’ and ‘them’ . . .

I’ve only ever read half of another Jon Ronson novel, but I knew from a few pages in that I preferred that half to this whole novel. That’s not the say this one wasn’t entertaining, but the witty and awkward Jon we met in The Psychopath Test didn’t seem to translate into this book quite as well.

I really wanted to love this book but it didn’t grab me quite as much as I’d hoped. I found the plot of conspiracy theorists and the Bilderberg Group really intriguing, but it didn’t actually work so well on paper. Personally, I found the stories in this novel felt disjointed and random, where I was expecting an easy flow of stories to tell a bigger story.

Some of the characters Jon meets felt far more interesting to me than others, and so that translated into the chapters. One could hold my attention and I would read it through all in one go, others felt lacklustre and slow, so I would put the book down and splash around in the pool instead. Maybe it was just the surroundings I was in, and maybe even the fact I had read The Boy on the Bridge just before this book, but I couldn’t seem to focus my attention on this.

Don’t get me wrong, the plot was really interesting and I did learn lots of new things about conspiracy theories that I hadn’t know before. I even did some of my own research on the Bilderberg Group afterwards (I found out that The Bilderberg Group actually came to Watford when I was a child and lived there, and the whole city centre was shut down!), so the topic was something that worked for me. Plus, there were definitely some funny moments and I did get a chuckle out of a few of the scenarios and conversations that Jon got himself into.

In the end, I think I thought this book was going to be something else? I’m not really sure what I was expecting, but it wasn’t exactly what I got. My mum did say to me that she felt this was his weakest book, so I’ve got more to look forward to with his other work… of which I will be giving a shot!

7 Replies to “Review: Them by Jon Ronson”