I’m bringing you another pretty irresistible Netgalley bookish list this week! I’m sure this is going to be tough to read through for many of you on a ban (like myself!) but plenty of new books to add to your TBRs! 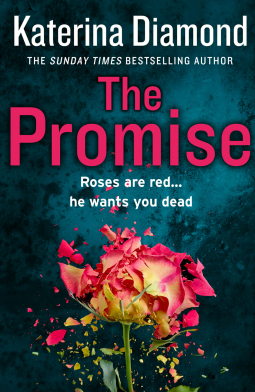 As Connor’s life in England begins to unravel, DS Adrian Miles and his partner Imogen Grey are working up against the clock to catch a serial killer who dates his victims before he kills them. Determined to uncover the truth, Imogen is forced to act as bait – but will she take it too far and risk her own life? 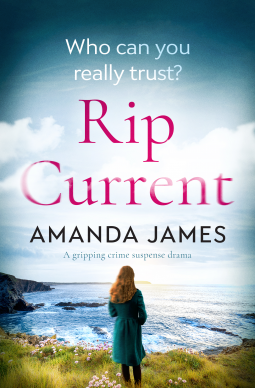 Synopsis: Who can you really trust?

DI Bryony Marshall has been on the tail of Kenny Ransom for two years. He’s involved in prostitution and trafficking, but there’s never been any real proof. To complicate matters further, Bryony’s best friend from childhood is his daughter Imogen.

Bryony worries about admitting the fact that she is trying to put Imogen’s dad away, but unexpectedly, Imogen turns on her father and helps the police. Kenny finds out and swears he’ll get his revenge.

Sick of being in the police force, Bryony visits her mother in Cornwall and considers starting a new life.

While in Cornwall, Bryony saves the life of a man caught up in a rip current in the sea.

But who is this stranger? And is Kenny really bent on revenge? 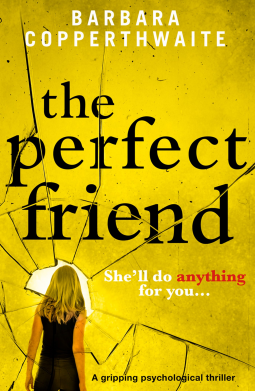 Synopsis: She’ll do anything for you…

My name is Alex, and my world has been shattered.
My husband has left me.
My children won’t speak to me.
My friend Carrie is the only person I have.
She’s the only one I can trust to keep all my secrets.
She’d never do anything to let me down.
Would she? 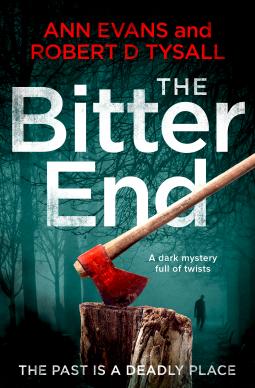 Synopsis: Paul finally has his life back on track. After losing his wife, Helena in a horrific car crash, he has found love with Sally and moves into her country cottage.

As a former high-ranking Naval Officer, Paul now works as Head of Security at MI5.

Paul has no memories from before he was ten years old. An accident left him in a coma for 9 months. But was it really an accident?

Soon Paul starts to have flashes of childhood memories, all involving his childhood friend, Owen.

Sally introduces him to her friend, Juliet, the owner of a craft shop. Paul is shocked when he is introduced to Juliet’s partner, his old friend Owen.

Flashes of memories continue to haunt Paul, particularly the memory of his first wife Helena burning in the car crash.

As dark things start to happen, and local people begin dying in horrific accidents, Paul must face his past and will end up fighting for his life. 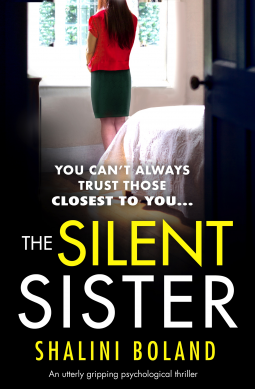 Lizzy Beresford is at home alone when she hears a strange noise. Running downstairs to check, she discovers a disturbing letter addressed to her.

But who sent it?

As Lizzy receives more unsettling messages, she begins to doubt those closest to her – her boyfriend, her neighbours, her friends. Because the mystery sender seems to know everything about her.

And they want to destroy her perfect life.

Desperate for answers, Lizzy reaches out to her sister, Emma. She used to be her best friend. But they haven’t spoken in years…

Surrounded by secrets and lies, Lizzy doesn’t know if she should trust her sister. Is the truth more shocking than Lizzy ever imagined? 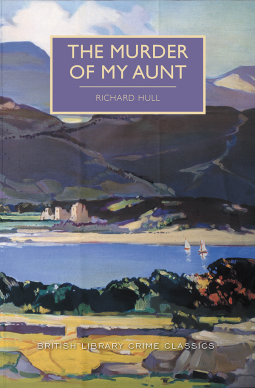 Title: The Murder of My Aunt

Synopsis: Edward Powell lives with his Aunt Mildred in the Welsh town of Llwll. His aunt thinks Llwll an idyllic place to live, but Edward loathes the countryside—and thinks the company even worse. In fact, Edward has decided to murder his aunt. 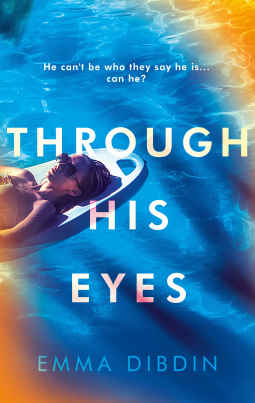 Title: Through His Eyes

Synopsis: I have never been able to say no to the glow.

Jessica Harris is a struggling Hollywood reporter hungry for her big break. When her editor asks her to profile movie star Clark Conrad, Jessica is sure her luck is on the turn. Clark is an A-lister with access to everyone. If Jessica can impress him, she’s made it.

When she arrives at Clark’s mansion in the Hollywood Hills, he is just as she always imagined. Charming, handsome yet disarmingly vulnerable. But then things take a darker turn. Clark’s world is nowhere near as straightforward as it seems to be and Jessica’s puff piece soon becomes something much more delicate – and dangerous. As Jessica inserts herself deeper into Clark’s inner circle, events begin to spiral out of her control. 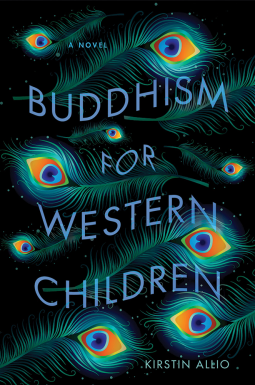 Synopsis: In search of community and transcendence, ten-year-old Daniel’s family is swept into the thrall of a potent and manipulative guru. To his followers, Avadhoot Master King Ivanovich is a living god, a charismatic leader who may reveal enlightenment as he mesmerizes, and alchemizes, Eastern and Western spiritual traditions.

Daniel’s family plunges into a world with different rules and rhythms—and with no apparent exit. They join other devotees in shunning the outside world, and fall under the absolutist authority of the guru and his lieutenants. Daniel bears witness to the relentless competition for the guru’s favor, even as he begins to recognize the perversion of his spirituality. Soon, Daniel himself is chosen to play a role. As tensions simmer and roil, darkness intrudes. Devotees overstep, placing even the children in jeopardy. Daniel struggles with conflicting desires to resist and to belong, until finally he must decide who to save and who to abandon. 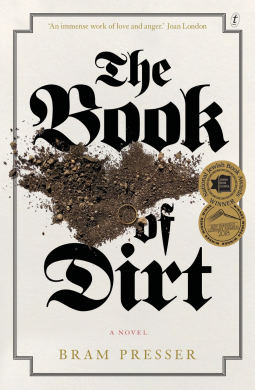 Title: The Book of Dirt

Synopsis: All we knew was silence. My maternal grandparents never spoke of their wartime experiences. We built myths around them: he was a teacher in the camps, keeping the children busy until it was their turn to be killed; she was capable of lifting the railway sleepers used to build the tracks that brought her fellow Jews to their deaths. It was enough. We knew not to ask. When they died only a month apart, their stories went with them, entering unchallenged into the family canon.

Then came the cracks. A newspaper article purporting to be based on an interview with him. Photographs of her on the arm of a mysterious man. Emails from an octogenarian Englishman claiming to have been his pupil. A bundle of letters hidden in a shoebox at the back of her sister’s musty closet. Everything we thought we knew was wrong. 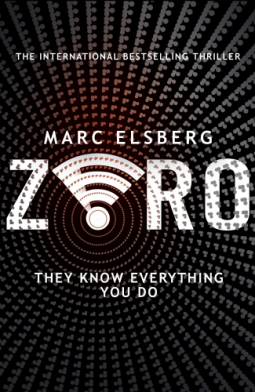 They can give you confidence, power, fame and all the friends in the world.

But what will they take in return?

When a teenager is shot dead after chasing a criminal in the street, investigating journalist Cynthia Bonsant is led to the popular social media platform Freemee, a competitor to Facebook whose lifestyle app claims to give you everything you need to succeed in life.

But there is someone who warns against its evils: Zero, the world’s most-wanted activist, known for exposing the toxic truths behind social media giants and their pursuit of total control.

As Cynthia gets closer to unravelling the evil mastermind behind the Freemee site, she herself becomes a target. But in this world of hidden cameras, data glasses and hyper-smart phones there is nowhere to hide . . . 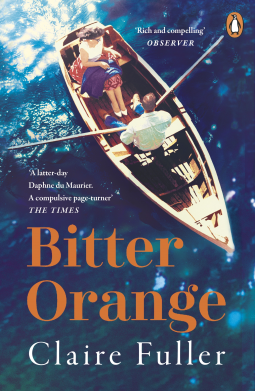 Synopsis: From the attic of a dilapidated English country house, she sees them – Cara first: dark and beautiful, clinging to a marble fountain of Cupid, and Peter, an Apollo. It is 1969 and they are spending the summer in the rooms below hers while Frances writes a report on the follies in the garden for the absent American owner. But she is distracted. Beneath a floorboard in her bathroom, she discovers a peephole which gives her access to her neighbours’ private lives.

To Frances’ surprise, Cara and Peter are keen to spend time with her. It is the first occasion that she has had anybody to call a friend, and before long they are spending every day together: eating lavish dinners, drinking bottle after bottle of wine, and smoking cigarettes till the ash piles up on the crumbling furniture. Frances is dazzled. But as the hot summer rolls lazily on, it becomes clear that not everything is right between Cara and Peter. The stories that Cara tells don’t quite add up – and as Frances becomes increasingly entangled in the lives of the glamorous, hedonistic couple, the boundaries between truth and lies, right and wrong, begin to blur. Amid the decadence of that summer, a small crime brings on a bigger one: a crime so terrible that it will brand all their lives forever. 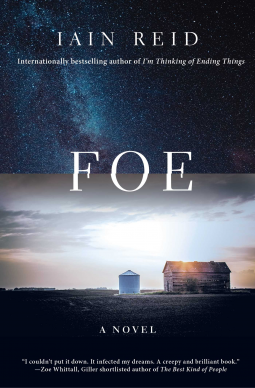 Synopsis: We don’t get visitors. Not out here. We never have.

In Iain Reid’s second haunting, philosophical puzzle of a novel, set in the near-future, Junior and Henrietta live a comfortable, solitary life on their farm, far from the city lights, but in close quarters with each other. One day, a stranger from the city arrives with alarming news: Junior has been randomly selected to travel far away from the farm…very far away. The most unusual part? Arrangements have already been made so that when he leaves, Henrietta won’t have a chance to miss him, because she won’t be left alone—not even for a moment. Henrietta will have company. Familiar company. 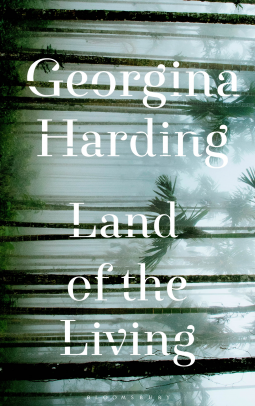 Title: Land of the Living

Synopsis: Every time the dream came it was different and yet he felt that he had dreamt it exactly that way before. The trees, there were always the trees, and the mist and the shadows and the running.

Charlie’s experiences at the Battle of Kohima and the months he spent lost in the remote jungles of Assam are now history. Home and settled on a farm in Norfolk and newly married to Claire, he is one of the lucky survivors. Starting a family and working the land seem the best things a man can be doing.

But a chasm exists between them. Memories flood Charlie’s mind; at night, on rain-slicked roads and misty mornings in the fields, the past can feel more real than the present. What should be said and what left unsaid? Is it possible to find connection and forge a new life in the wake of unfathomable horror? 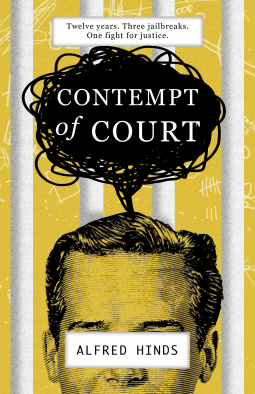 To some he’s a thief, to others he’s a champion, to most he’s Alfred ‘Houdini’ Hinds, the most prolific jailbreaker in British history. Convicted for a high stakes jewellery robbery to which he pled his innocence, Hinds was sentenced to 12 years in prison in 1953.

Contempt of Court is the seemingly improbable story of the next 12 years of Hinds’ life: the fugitive who escaped from three separate high security prisons and spent 248 days on the run; the convict who taught himself law in jail, the man who went on to win a libel suit against his arresting offer and gain a pardon from the court.

Hinds became a media darling and a public fascination but this, finally, is his story in his own words.

That’s it for this week everyone! I’m loving some of the books this week, if only I wasn’t on a Netgalley ban!

9 Replies to “Netgalley Picks of the Week | 5th June”