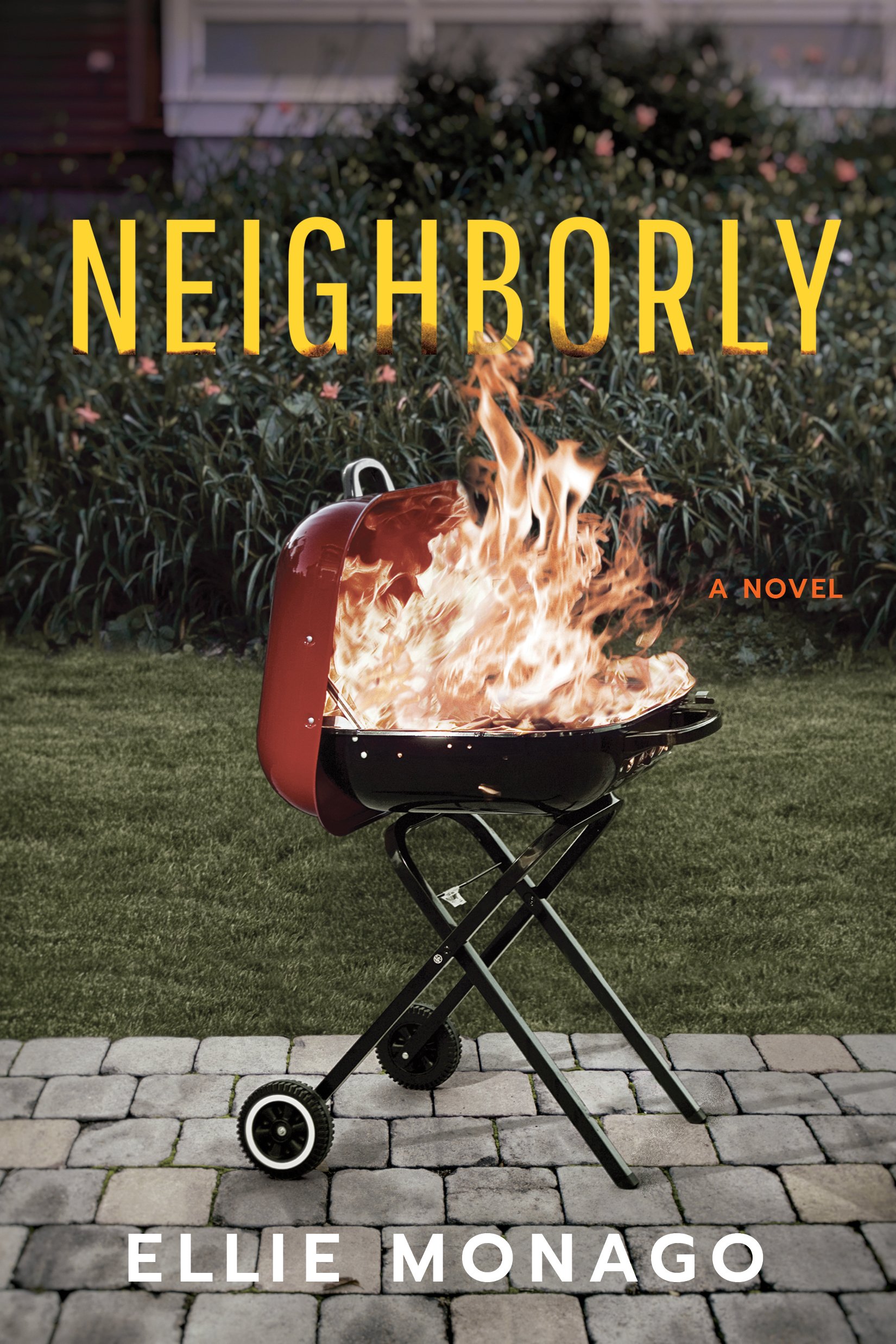 Kat and Doug felt like Aurora Village was the perfect community. Minutes from the city, affluent without pretension, low crime with a friendly vibe—it’s everything Kat never had, and that she’s determined to provide for her infant daughter. Snagging a nice bungalow in this exclusive enclave was worth all the sacrifice. But everything changes overnight when Kat finds a scrawled note outside their front door.

This read started well for me, I got through the first 45% really quickly. It’s a pretty generic story but it was fast paced and due to the mass amount of characters, I didn’t have any idea who could have been the mischievous note-leaver.

Then we get to 45%, and the story gets weird… I don’t always mind a strange plot change, but this one was bad. It comes all at once (hahahahaha THAT’S a pun) and out of nowhere. It’s really left-field and instantly halted my reading. The appeal of finding out who was ‘stalking’ Kat all but vanished. Not to mention, it didn’t even need to be part of the book for the rest of story to make sense. There was definitely an easier, and less unbelievable, way for the author to fulfill her ideas about the end of the book.

Characters in this book are dislikable… actually I’d go so far as to say detestable. Kat, our main character, is a new mum, has moved with her husband into a new house and village, and is desperate to escape her past. She wants to make new friends and move on with her life and her perfect little family. Super cliche, but sounds likable, right?

Wrong. Kat is the most needy and self-pitying character I’ve ever come across. She’s pathetic and got on my nerves within a couple of chapters. The thing that annoyed me most was her embarrassment at her baby crying. Unless time was moving super quickly in the book without me realising, Sadie (the child) would begin to cry (as babies do) and within 3 minutes Kat would be saying “I’m such a bad mom!! I don’t know my baby!!” and then next thing you know she’s accusing Sadie of not appreciating how hard she works to please her! …It’s a baby! However, there are moments in the story where I felt a pang of sympathy for her, and for that reason she isn’t the least likable character in the whole book.

On the other hand, Doug, the husband, is totally dislikable from page one. So often in these ‘throwaway thrillers’ (I’m going to copyright that phrase) the husband is an arse, even if he doesn’t end up being the bad guy (and I’m not saying he is or isn’t in this, I’m just saying that as a example). Doug is a spiteful, grudge-holding idiot who has no respect for his wife and he irritated the heck out of me.

As for side characters, there’s about 3 million. To be honest, they all merged into one in my head and I couldn’t actually remember who was who whenever a name popped up, apart from Andie, who had a bit more of a developed story than the rest of them.

As mentioned before, this really is one of those ‘throwaway thrillers’, I can assure you I will have forgotten the story or the characters within a few months, even though I -enjoyed it while reading. The plot for this one is nothing unique but it is quite gripping at times and I did enjoy the guessing game of who the baddie was going to be. I had my suspicions about parts of the plot which ended up being correct, but at no point did I have any clue who was leaving the notes… until the chapters begin changing POV. Monago continues to keep the identity of the person undercover, but it becomes really easy to work out who they are, and so even that last reveal becomes dulled by the long drawn out process of officially finding out who they are.

I will say that the writing in this book is alright. It’s not the greatest but it did well to keep me interested. It’s just a shame that the story that went along with it couldn’t keep up with the quality.

Overall, I tolerated this novel. If I could give it a half star on Goodreads, I would drop this to a 2.5 star rating. I would still check out another book by the author though, as I think her writing has good potential! Plus, the cover is super effective and draws you in – well done to the artist on that!