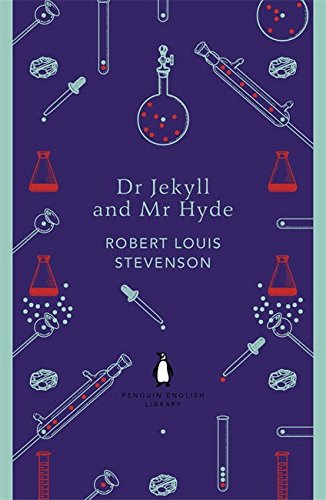 ‘All human beings, as we meet them, are commingled out of good and evil: and Edward Hyde, alone in the ranks of mankind, was pure evil’

Published as a ‘shilling shocker’, Robert Louis Stevenson’s dark psychological fantasy gave birth to the idea of the split personality. The story of respectable Dr Jekyll’s strange association with ‘damnable young man’ Edward Hyde; the hunt through fog-bound London for a killer; and the final revelation of Hyde’s true identity is a chilling exploration of humanity’s basest capacity for evil.

I read this novel as my BookBum Club book for April! Check out this page to find out more about my very own Book Club!

I’m glad I finally read this one, as it’s one of those “must read books in your lifetime”. I thought the novella average at best. It didn’t really grab me, and personally, I only found the last chapter from Jekyll’s perspective interesting.

Being an old book, the horror of the story would have been super shocking at the time, I can totally appreciate that, but I don’t think it really kept it’s spookiness over the years. There was plenty of atmosphere about the dark, mysterious streets of London, but the actual story left me wanting more.

I also found the characters really uninteresting. I really didn’t feel like any of them had much of a personality. If we had learnt more about Jekyll maybe I could have sympathised more with his terror and troubles, but since I felt there was a distance between him and me as the reader, I wasn’t that sympathetic.

Like I said earlier, it was only right at the end, when Jekyll was describing what had happened, that my interest really piqued. It was interesting reading the events through his own eyes and getting the full picture of his demise. Unfortunately this interest came a little too late and I ended up only semi-enjoying this story.

Overall, I could have gone my lifetime without reading this one, but I feel better for having given it a shot (FOMO lol). If you like slow, and older fiction then I’m sure you’d probably get on with this one but I really love fast-paced horror, which this wasn’t.