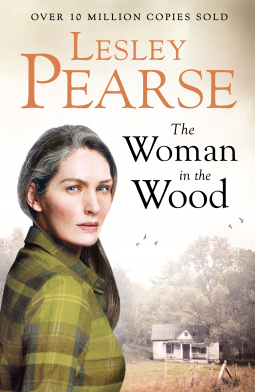 Fifteen-year-old twins Maisy and Duncan Mitcham have always had each other. Until the fateful day in the wood . . . One night in 1960, the twins awake to find their father pulling their screaming mother from the house. She is to be committed to an asylum. It is, so their father insists, for her own good. It’s not long before they, too, are removed from their London home and sent to Nightingales – a large house deep in the New Forest countryside – to be watched over by their cold-hearted grandmother, Mrs Mitcham. Though they feel abandoned and unloved, at least here they have something they never had before – freedom. The twins are left to their own devices, to explore, find new friends and first romances. That is until the day that Duncan doesn’t come back for dinner. Nor does he return the next day. Or the one after that. When the bodies of other young boys are discovered in the surrounding area the police appear to give up hope of finding Duncan alive. With Mrs Mitcham showing little interest in her grandson’s disappearance, it is up to Maisy to discover the truth. And she knows just where to start. The woman who lives alone in the wood about whom so many rumours abound. A woman named Grace Deville.

25% might seem like an early place to give up, but nothing had happened and I was getting fed up. I almost put it down at 15% but reading Janel’s (Keeper of Pages) review spurred me on to reading the next 10% before I had to give up.

The characters, for me, felt stiff and unrealistic, and the dialogue was so clunky! So stilted and proper. I didn’t like any of the characters I had read about that far into the story, so I couldn’t imagine liking any of them at any point! And that’s not a good thing when the main character is actually supposed to be likeable…

Clearly this is a well loved book, judging by the reviews in Goodreads, but personally, I couldn’t get into this one. I didn’t like the writing from page 1. It was very “this happens and then this happens and then they do this and then they also do this”. There was no slow tension building, it was all just a quick succession of the twins doing one thing after another after another. I mean just look at that synopsis! No paragraph breaks! I can’t usually get with a book that’s 80% dialogue and 20% descriptions, and this was exactly that.

I’m not really sure who the audience was meant to be for this one? On one level is felt a little juvenile, so maybe a young adult audience, and then it felt rather cosy, so maybe for readers if “women’s fiction”. Apparently if I stuck with it, I would find it’s actually quite a dark mystery thriller, but I can’t bring myself to get that far!

If you like the sound of this by it’s synopsis, I’d say pick it up because I’m very clearly in the minority for this one, you might enjoy it! Unfortunately, it wasn’t for me.

Thanks to Netgalley and Penguin UK – Michael Joseph for giving me the opportunity to read this in exchange for an honest review! Sorry I didn’t enjoy it!

6 Replies to “DNF Review: The Woman in the Wood by Lesley Pearse”