I’ve found another 4 books I think are worthy of being on my TBR list this past couple of weeks… let’s take a look at what they are! 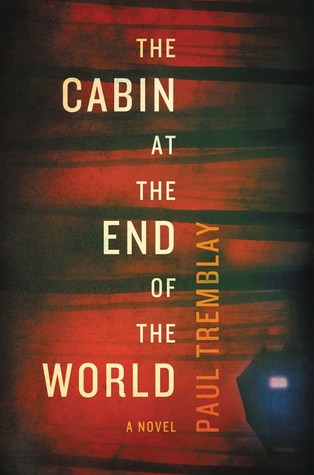 Synopsis: Seven-year-old Wen and her parents, Eric and Andrew, are vacationing at a remote cabin on a quiet New Hampshire lake. Their closest neighbours are more than two miles in either direction along a rutted dirt road.

One afternoon, as Wen catches grasshoppers in the front yard, a stranger unexpectedly appears in the driveway. Leonard is the largest man Wen has ever seen but he is young, friendly, and he wins her over almost instantly. Leonard and Wen talk and play until Leonard abruptly apologizes and tells Wen, “None of what’s going to happen is your fault”. Three more strangers then arrive at the cabin carrying unidentifiable, menacing objects. As Wen sprints inside to warn her parents, Leonard calls out: “Your dads won’t want to let us in, Wen. But they have to. We need your help to save the world.”

I added this book to my list because I saw Stephen King give it a good review on Twitter! You gotta take the King’s opinion seriously. 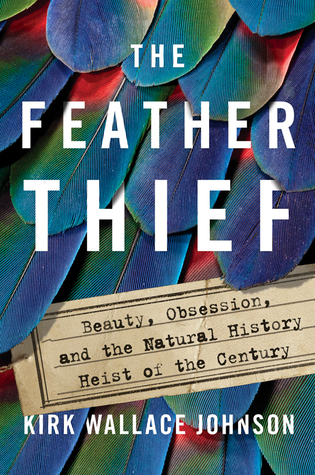 Synopsis: On a cool June evening in 2009, after performing a concert at London’s Royal Academy of Music, twenty-year-old American flautist Edwin Rist boarded a train for a suburban outpost of the British Museum of Natural History. Home to one of the largest ornithological collections in the world, the Tring museum was full of rare bird specimens whose gorgeous feathers were worth staggering amounts of money to the men who shared Edwin’s obsession: the Victorian art of salmon fly-tying. Once inside the museum, the champion fly-tier grabbed hundreds of bird skins–some collected 150 years earlier by a contemporary of Darwin’s, Alfred Russel Wallace, who’d risked everything to gather them–and escaped into the darkness.

Two years later, Kirk Wallace Johnson was waist high in a river in northern New Mexico when his fly-fishing guide told him about the heist. He was soon consumed by the strange case of the feather thief. What would possess a person to steal dead birds? Had Edwin paid the price for his crime? What became of the missing skins? In his search for answers, Johnson was catapulted into a years-long, worldwide investigation. The gripping story of a bizarre and shocking crime, and one man’s relentless pursuit of justice, The Feather Thief is also a fascinating exploration of obsession, and man’s destructive instinct to harvest the beauty of nature.

This cover is stunning! 😍

I love a weird and wonderful true crime novel… this one fits the bill perfectly! I found this on Netgalley this week and was instantly drawn to it. If I don’t get an arc, I’m definitely ordering it. 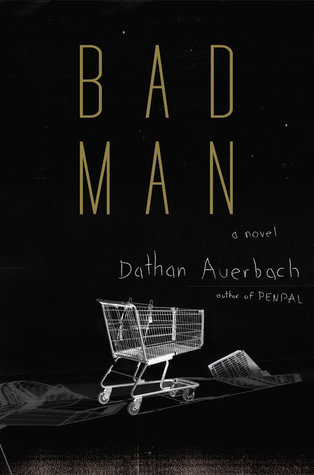 Any time a new horror is uploaded to Netgalley, I get very excited. To me, it feels like there just aren’t enough new horror novels out there, so when a new one pops up, I jump aboard super fast.

This one sounds really interesting and quite emotional! 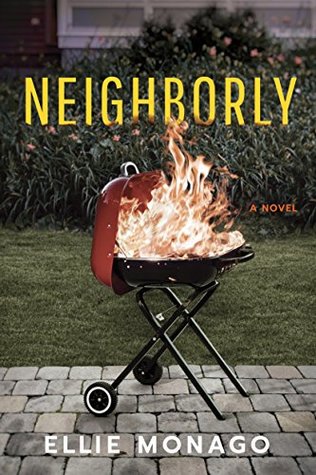 Synopsis: Kat and Doug felt like Aurora Village was the perfect community. Minutes from the city, affluent without pretension, low crime with a friendly vibe—it’s everything Kat never had, and that she’s determined to provide for her infant daughter. Snagging a nice bungalow in this exclusive enclave was worth all the sacrifice. But everything changes overnight when Kat finds a scrawled note outside their front door.

This was my Kindle First pick of the month. I also gravitate towards the mystery thriller novels, what a surprise! I like the cover for this one, so it caught my eye straight away, I love the Stepford Wives vibe it gives off.