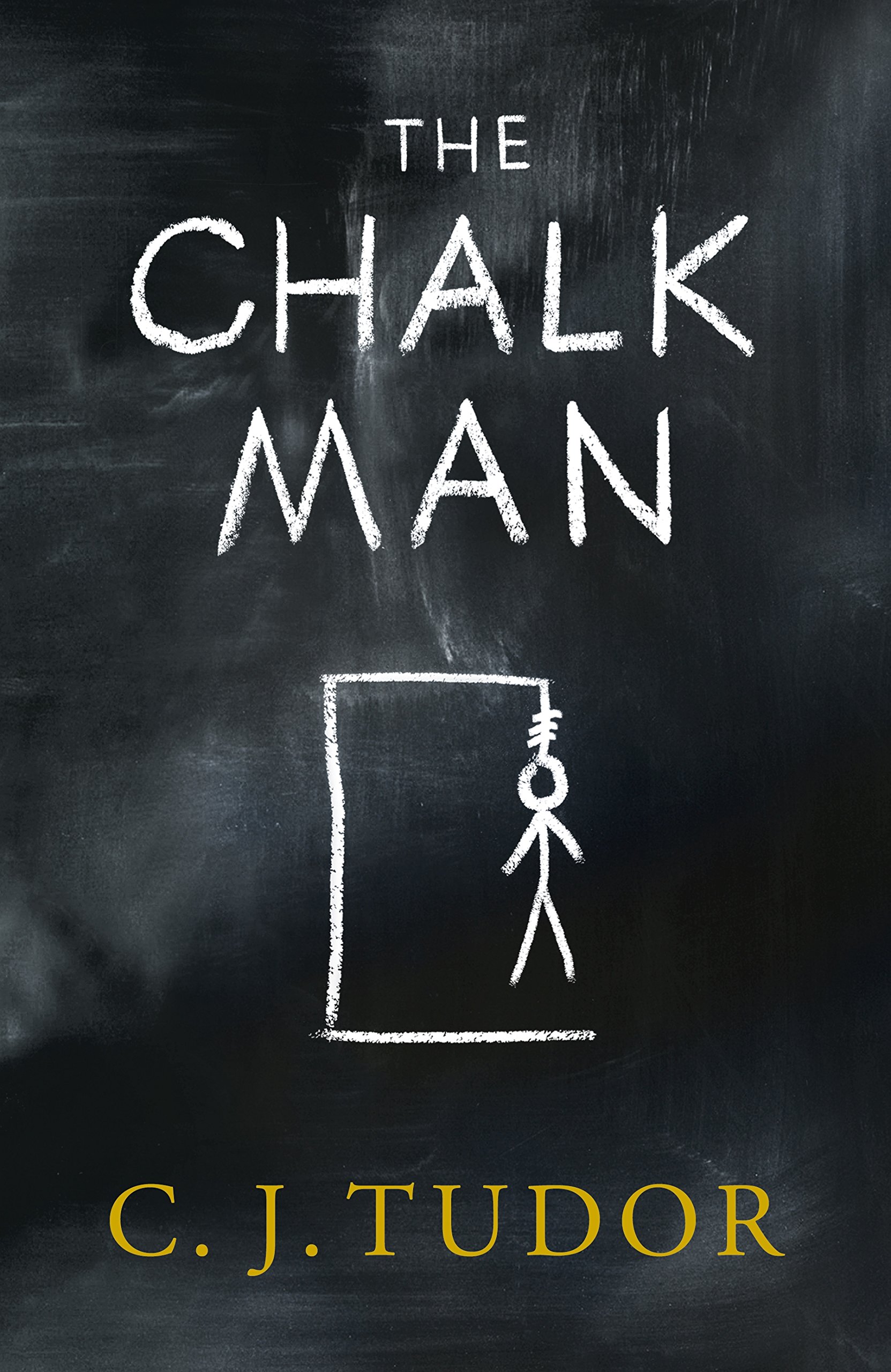 None of us ever agreed on the exact beginning.

Was it when we started drawing the chalk figures, or when they started to appear on their own?

Was it the terrible accident?

Or when they found the first body?

Big thanks to Janel @ Keeper of Pages for sending me her copy of the book!

This is one of those books that’s been getting a lot of attention in the bookish world, so of course, I wanted to see what all the fuss was about! While it only took me a couple of sessions to get through the whole thing, I wasn’t that thrilled by it. The hype wasn’t worth it for me.

I immediately knew this novel wasn’t going to be a 5 star read because I didn’t like the way it was written from page 1. It’s one of those novels that’s told in flashbacks, but rather than transporting us back in time to live the events as they happened, we were told it as though we were being read a story. I feel like this way of writing really makes you take a step back from the events and you don’t get the chance to experience them along with the characters. So anything that’s meant to be tense or exciting didn’t feel that way for me.

As for characters, I honestly didn’t have an opinion on any of them. You would have thought that our main character / narrator Eddie would have left some kind of impression on me, but he didn’t. I genuinely have nothing to say about him… he was unforgettable. The only thing I can think to mention is that his relationship with his housemate Chloe seriously cringy.

(Spoilers) For me, there were too many characters in this book that were irrelevant. Including Mr. Halloran – “The Chalk Man”. He was literally only a character to make the title make sense and to have an extremely obvious ‘distraction’ to the real bad guy.

I didn’t mind the story in this one, but the synopsis had me ready for something so much more exciting and sinister. It kept me interested for the most part, but I wasn’t enthralled. I had the ‘baddie’ sussed in a matter of chapters, so from there, all I was trying to work out was their motive. It was pretty good at keeping you on your toes in that sense.

Some books try so hard to be exciting and this is one of them. It seemed to me, that each chapter had new drama in it. Less is sometimes more! Don’t forget that! We don’t need drama, after drama, after drama to keep us entertained. It got tedious and took any realism away from the story.

In the end, this novel was extremely underwhelming for me. I didn’t find it exciting and I didn’t think the story was particularly unique. I think this would be a good novel for non-mystery readers, but I’ve just read too many similar stories.