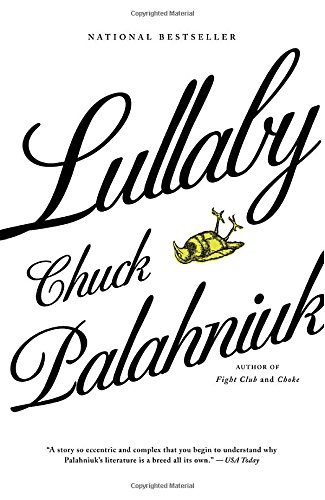 Ever heard of a culling song? It’s a lullaby sung in Africa to give a painless death to the old or infirm. The lyrics of a culling song kill, whether spoken or even just thought. You can find one on page 27 of Poems and Rhymes from Around the World, an anthology that is sitting on the shelves of libraries across the country, waiting to be picked up by unsuspecting readers.

Reporter Carl Streator discovers the song s lethal nature while researching Sudden Infant Death Syndrome, and before he knows it, he s reciting the poem to anyone who bothers him. As the body count rises, Streator glimpses the potential catastrophe if someone truly malicious finds out about the song. The only answer is to find and destroy every copy of the book in the country. Accompanied by a shady real-estate agent, her Wiccan assistant, and the assistant s truly annoying ecoterrorist boyfriend, Streator begins a desperate cross-country quest to put the culling song to rest.

I’ve never read a Palahniuk books before but I actually really enjoyed this one. I can understand why some people find his writing annoying, but personally I like it’s wit, brutality and shockingness.

Palahniuk is always trying to make a point in his writing… I know this from reading other people’s reviews… but if it’s not right there in front of me, and instead hidden behind cryptic messages, I usually miss the whole point. Which is what I feel happened with this book. I mean I got it thanks to self explanatory lines like “Power, money, food, sex, love. Can we ever get enough, or will getting some make us crave even more?” but I also feel like a lot of it went over my head, so excuse my bland review!

This book is definitely difficult reading at some points, with it’s grotesque descriptions and imagery, but for the most part it’s quite a quick read. I found the story easy enough to follow, although at moments there are whole chapters that appear out of nowhere and make no sense until the end, which threw me off a little! I wasn’t expecting this novel to have a kind of twisty-turny outcome, but it does and I loved that about it! How the story joins up and concludes is very clever. It exceeded my expectations in that aspect.

I really enjoyed getting to know the characters in this story. There are 4 main characters, and it’s been a long time since I’ve read a book where we get to know each one of them really well. Palahniuk has done well to make them all their own individual beings with completely different personalities that are both fun and annoying. Carl is our main, main character and he’s a strange individual to follow around. We learn so much about him, including a shocking secret that makes us look at him in a different light. Helen Hoover Boyle is a fun character to accompany Carl and it’s interesting to see how their relationship grows as each chapter passes.

Overall, I really liked this book. It’s been a while since I’ve read a book that’s been both disturbing and funny at the same time. I have always been hesitant to read Palahniuk because everyone says his stuff is so like Marmite, but just like I am with the controversial spread, I’m on the love it side – at least for now!