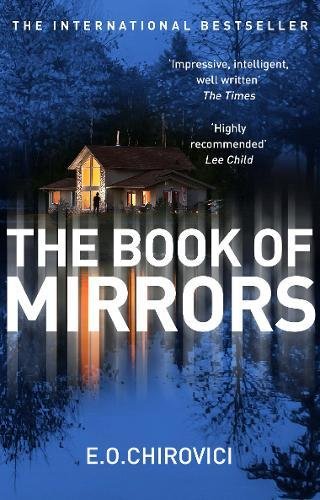 MEMORIES CAN BE DEADLY

It’s been thirty years since Professor Weider was found dead in his stately home. With little evidence to convict a suspect, the case has never been solved.

Now, a partial manuscript has been discovered that reveals three people were at the house that night.

All three clearly remember what happened. But someone is lying…

This novel may have been slow but I found its mystery so enticing that I loved moving and learning with each character. So many theories run through this novel that you’re never sure what to think, it’s a great classic murder mystery.

It’s only taken me almost a year to knock this book off my Netgalley shelf, but I finally got there! I’d seen lots of hype for this one at the beginning of 2017 but I still didn’t feel inclined to pick it up back then. Now I’ve read it, I’m glad that I waited. I think this one would have disappointed me if I had read it in its prime due to its slow nature, but I can appreciate slow books far more now than I could back then.

Like so many other reviewers, I did think this one was pretty slow paced, but I actually quite liked that about the plot. A cold case of over 20 years isn’t going to get solved overnight, so it was practical that it took a while to find out what really went on that night. I do think there were some sections of the book that were unnecessary and added to the slowness of the plot, for example when one narrator gets on a plane and there’s a whole segment about an irrelevant salesman talking to him and flirting with a girl. That bit wasn’t needed in any way for the plot to progress and did just feel like filler bumf, but I’ve read books with far worse filler scenes.

This story is told in a few different ways. It’s told in the perspective of 3 different people and then also as a book within a book. I really liked the way this was laid out and think having the 3 different tones of voice gave the story some character it could have missed out on had it just stayed with the one narrator.

Each character in this was interesting in their own way, and I liked that each person had their own story to tell while also moving the main mystery along.

In terms of plot, this one wasn’t the most innovative or astounding, but there was something enchanting about it. There were a few different theories as to Professor Weider’s demise and I liked that it kept you guessing all along. I was actually quite surprised and impressed by the end of the book, the conclusion to the mystery was cleverly thought out and well executed.

Looking at the reviews of this book I think people are being a little harsh. There are lots of books that are slow mysteries but this one seems to be pissing people off more than most. I know it’s down to everyone’s own opinion but I don’t see what the big issue with this one was. Personally, I enjoyed it.

Thanks to Netgalley and Arrow for giving me the opportunity to read this in exchange for an honest review.

7 Replies to “Review: The Book of Mirrors by E.O. Chirovici”