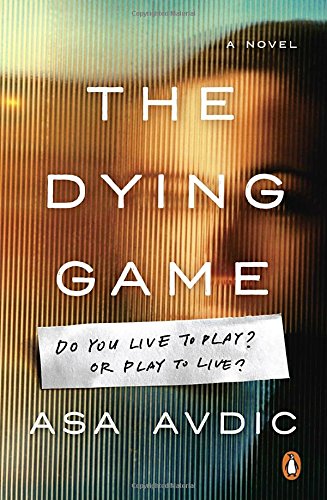 On the remote island of Isola, seven people have been selected to compete in a 48-hour test for a top-secret intelligence position. One of them is Anna Francis, a workaholic with a nine-year-old daughter she rarely sees, and a secret that haunts her. Her assignment is to stage her own death and then observe, from her hiding place inside the walls of the house, how the other candidates react to the news that a murderer is among them. Who will take control? Who will crack under pressure?

I was nervous going in to the this one after reading various terrible reviews for it and I’ve come out the other end feeling very much the same way as other readers.

I haven’t read And Then There Were None but I’ve watched the BBC mini-series and this novel definitely did feel like a very uninspired copycat of the world famous Christie story. A kind of re-telling of the classic novel could be really well done if it was brought up-to-date, but this attempt fell flat on its face. There was no shock or tension throughout the entire thing.

Our main two characters for the most part of this novel are Anna and Henry. Both are dull characters with little to no character development, which makes them really hard to get to know and form an opinion on. From what I did grasp about them, they were both very unlikable, as were all of the other side characters, except maybe the Colonel.

Unfortunately, the plot for this one was really slow and unexciting. The synopsis would have you believe this is a psychological thriller that’s tense and sinister, when in reality it’s a drab political thriller. I can’t stand political thrillers myself, even if they’re not drab, so maybe other readers who are into military-spy-government themed thrillers would enjoy this one, but it really wasn’t the right match for me.

(Spoiler) The twist for this one is really the most uninspired thing I’ve come across in a book in a long time. The Government ask a woman to spy on candidates for a job by pretending to be murdered. The Government send a group of people away and they all start to die, one-by-one. The Government aren’t on the secluded island so they don’t know this is happening. The Government come to the island right after the big catastrophe happens. The Government claim they had nothing to do with any of it. Can ya guess who did it?!

In the end, this novel really wasn’t for me. I didn’t find it thrilling or sinister or even clever. Like I said before, maybe a political thriller reader will enjoy this book, but I did not.

Thank you to Penguin Cornerstone for sending me a copy in exchange for an honest review.

4 Replies to “Review: The Dying Game by Åsa Avdic”