In light of Halloween and all things spooky, I thought I’d do a post about some horror novels. I wanted to try and feature books that are lesser known horror novels, some of you will have heard of them, but I’ve tried to pick books you probably don’t see on your WordPress Reader or Goodreads a whole lot! That means no Stephen King!

I haven’t read any of these novels myself so I don’t actually know if they’re any good lol but I liked this blog idea!

Also, a couple of these novels are out of publication but if you own a Kindle you can borrow the ebooks from a site called OpenLibrary! – I might make a whole blog post about this site because it’s fantastic!! 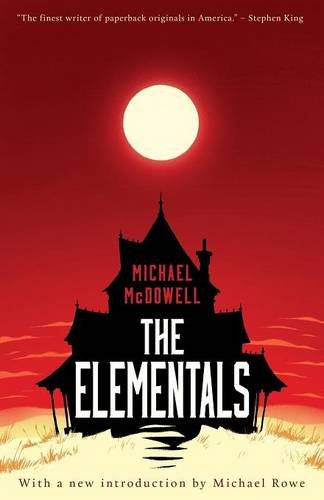 Synopsis: After a bizarre and disturbing incident at the funeral of matriarch Marian Savage, the McCray and Savage families look forward to a restful and relaxing summer at Beldame, on Alabama’s Gulf Coast, where three Victorian houses loom over the shimmering beach. Two of the houses are habitable, while the third is slowly and mysteriously being buried beneath an enormous dune of blindingly white sand. But though long uninhabited, the third house is not empty. Inside, something deadly lies in wait. Something that has terrified Dauphin Savage and Luker McCray since they were boys and which still haunts their nightmares. Something horrific that may be responsible for several terrible and unexplained deaths years earlier – and is now ready to kill again . . .

Published in 1981, this novel appears on lots of “best horror” lists and is highly praised by lots of current horror writers of today, like King and Cutter. It sounds like a good horror novel choice to me! 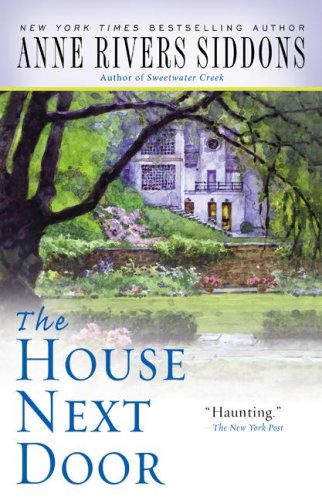 Synopsis: Thirty-something Colquitt and Walter Kennedy live in a charming, peaceful suburb of newly bustling Atlanta, Georgia. Life is made up of enjoyable work, long, lazy weekends, and the company of good neighbors. Then, to their shock, construction starts on the vacant lot next door, a wooded hillside they’d believed would always remain undeveloped. Disappointed by their diminished privacy, Colquitt and Walter soon realize something more is wrong with the house next door. Surely the house can’t be haunted, yet it seems to destroy the goodness of every person who comes to live in it, until the entire heart of this friendly neighborhood threatens to be torn apart.

I really love how the cover for this novel looks so serene, I would have never glanced at this and imagined it to be a horror novel! This was published in 1978 so it may come across as a little cheesy now, with the cliche name and plot line, but I’ve seen lots of good reviews for it! 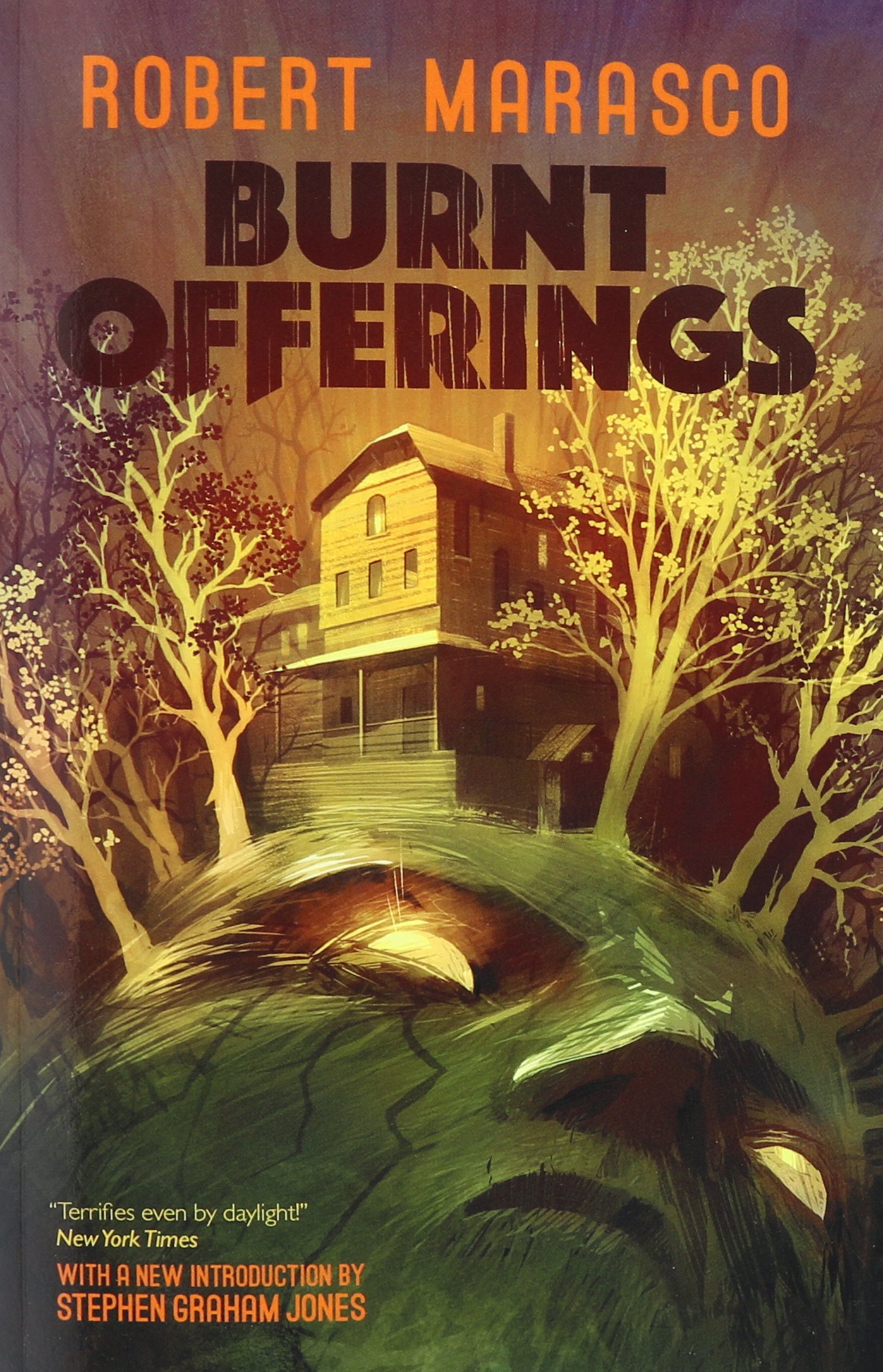 Synopsis: Ben and Marian Rolfe are desperate to escape a stifling summer in their tiny Brooklyn apartment, so when they get the chance to rent a mansion in upstate New York for the entire season for only $900, it’s an offer that’s too good to refuse. There’s only one catch: behind a strange and intricately carved door in a distant wing of the house lives elderly Mrs. Allardyce, and the Rolfes will be responsible for preparing her meals.

But Mrs. Allardyce never seems to emerge from her room, and it soon becomes clear that something weird and terrifying is happening in the house. As the suspense builds towards a revelation of what really lies behind that locked door, the Rolfes will discover that their cheap vacation rental comes at a terrible cost . . .

Another oldie but a goodie! This one was published in 1973 and was a huge influence to King’s The Shining. Massively well received by lots of horror writers and reviewers, this one sounds like the stuff of nightmares! 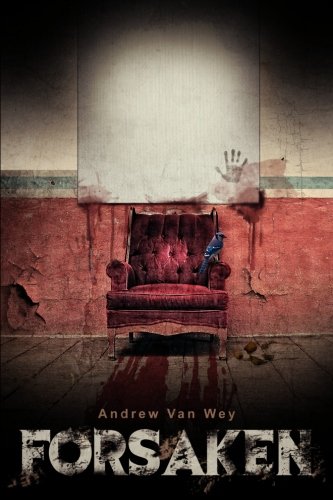 A beautiful house, a loving wife. Two kids, a dog, and a tenure track professorship teaching art at the local university. Your name is Daniel Rineheart. You’ve got it all.

…BUT ALL DREAMS MUST END.

For this autumn heralds the arrival of a mysterious painting. No name. No date. No signature or frame. A disturbing work of grotesque perfection: two children with cruel eyes, a window onto an endless field, and a dying tree on top of a hill.

A work of art… that changes with each viewing.

SO BEGINS THE NIGHTMARE…

…Where wretched children crawl from a canvas prison to stalk the quiet halls of this happy home.

…Where painted clocks tick-tock away in the dark hours before dawn, and a missing dog whimpers from between the walls.

…Where all answers lead to a dark artist and an impossible creation, a cursed canvas with a twisted past…

…AND A HORROR THAT WILL DEVOUR ALL.

Finally a book written within the 2000’s! I wouldn’t have given this novel a chance just by looking at its cover but a few Reddit users mention this as a terrifying read and reviews on Goodreads and Amazon seem to agree! The synopsis is definitely haunting… 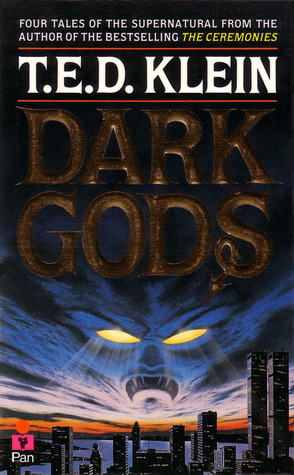 That is literally all there is for a description on this book! This is another old book, published in 1985 and is now out of publication so it’s impossible to find online unless you want to pay £100+ for it! (That’s where OpenLibrary helps!!)

I came about this book by looking for underrated horror novels and this one appeared on a few lists. Apparently dark and disturbing in nature this novella sounds like a horror hit!

Another out of print book here, but oh-ho, doesn’t this sound so creepy! Don’t we all have a love-hate relationship with the creepy children trope? While it’s overused in today’s horror, something this old-school might somehow bring something new to the table. 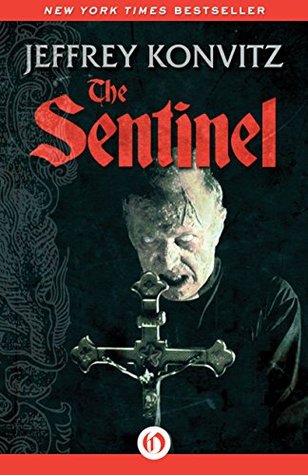 The building is filled with a cast of sinister tenants, including a reclusive blind priest, who seems to watch her day and night through an upstairs window. Eventually, Allison starts hearing strange noises from the empty apartment above hers. Before long, she uncovers the building’s demonic secret and is plunged into a nightmare of sinful misdeeds and boundless evil.

This novel us definitely in the tradition of Rosemary’s Baby. A new tenant in a dream apartment building, weird neighbours, and the Devil. Spooky stuff!

This 1974 novel is still readily available in physical and ebook format so it’s an easy pick out of the bunch if you’re feeling a good devilish horror is what you’re missing in life.

There you have it ladies and gents! These are some horror novels you may not have heard of, but now might want to pick up!

I’d love to know if you’ve read any of these or other obscure horror novels! Let me know in the comments.

10 Replies to “Horror novels you may not have heard of”