Hello everyone! Two small announcements for today. It’s been a couple of weeks since I did a Friday Finds post and I’ve decided that these work better as fornightly posts as I don’t add too many books to my TBR anymore. So there’s that, and also, I’ve changed up my graphics a little bit to make my blog more colourful, so there’s that too.

Anyway, that’s all for announcements! Let’s get on to the books I’ve found and added to my TBR shelf this past couple of weeks!

Synopsis: As the six murderous tales unfold, the dark motive of revenge is revealed at the heart of each. Bullying schoolmasters receive their comeuppance, unhappy marriages and childhoods are avenged, a murder in the small hours of Christmas Day puts an end to the vicious new lord of the manor, and, from the safety of his nursing home, an octogenarian exerts exquisite retribution.

The punishments inflicted on the guilty are fittingly severe, but here they are meted out by the unseen forces of natural justice rather than the institutions of the law.

Ya girl loves murderous short stories, this sounds like the perfect book for me!

This is a continuation of James’ other short story collection The Mistletoe Murder and Other Stories, a book which I have but have not read yet! I’m planning on reading it soon though, around Christmas time as that feels like a seasonal book just because of the title. I’m just enticed by the lovely covers on James’ books, the art style is beautiful!

Synopsis: Life changes at the orphanage the day seven-year-old Marina shows up. She is different from the other girls: at once an outcast and object of fascination. As Marina struggles to find her place, she invents a game whose rules are dictated by a haunting violence.

This one is vague but sounds ominous. Obviously I really love the cover for this one so that’s how it originally caught my attention. The reviews for this aren’t the best things I’ve ever seen but that never usually stops me from wanting to read a book lol. 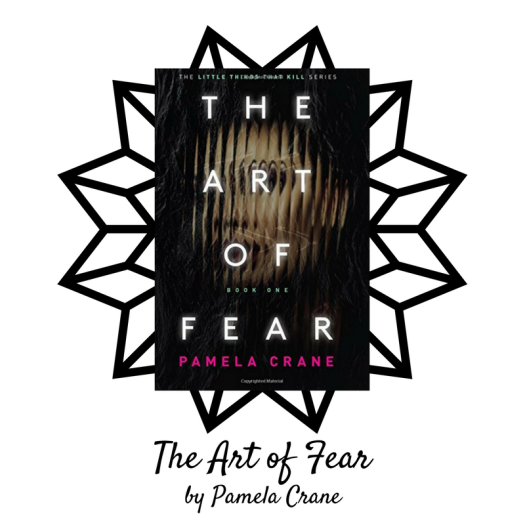 Synopsis: Ari Wilburn’s life ended long ago—the day she watched her little sister die in a tragic accident and did nothing to stop it. Crippled with self-blame and resented by her parents, she stumbles through life … and onto an unexpected clue that casts doubt on whether the death was accidental.

Now a psychological wreck, Ari joins a suicide support group where she meets Tina, a sex-enslaved escapee who finds her long-lost father dead. Suicide, police ruled it. But Tina suspects foul play. As a bond develops between the women in their shared loss, they’re dragged into playing a dangerous game with a killer.

Faced with a murderous wake-up call and two possibly linked deaths, Ari’s investigation puts her next on the killer’s list. But she’s never been one to back down from a fight.

Needing closure, Ari must face her demons and the killer behind them … or lose everything she loves.

Honestly, I probably wouldn’t have picked this one out had it not been that it was a Kindle freebie this week. It does sound like it could be interesting though, if not a little bleak. Hey, it was free, can’t really complain! It is my kinda book at the end of the day, it just doesn’t sound astonishing.

Synopsis: Oh, to be a Beloved—one of those lucky people for whom nothing ever goes wrong. Everything falls into their laps without effort: happiness, beauty, good fortune, allure.

Betty Stash is not a Beloved—but her little sister, the delightful Gloria, is. She’s the one with the golden curls and sunny disposition and captivating smile, the one whose best friend used to be Betty’s, the one whose husband should have been Betty’s. And then, to everyone’s surprise, Gloria inherits the family manse—a vast, gorgeous pile of ancient stone, imposing timbers, and lush gardens—that was never meant to be hers.

Losing what Betty considers her rightful inheritance is the final indignity. As she single-mindedly pursues her plan to see the estate returned to her in all its glory, her determined and increasingly unhinged behavior—aided by poisonous mushrooms, talking walls, and a phantom dog—escalates to the point of no return.

I’m really intrigued by this one and was very tempted to request it on Netgalley, but I love the cover art and I don’t need anymore Netgalley books at the moment so I’m going to pre-order it and be patient about reading it.

So there you have it, those are the books I’ve added to my TBR this week!

Let me know what books you’ve discovered this week!