Hello everyone! Here is my latest Netgalley picks blog post. Sorry it’s so late in the evening!

Not the longest list of books but there are some really great sounding reads on it this week! 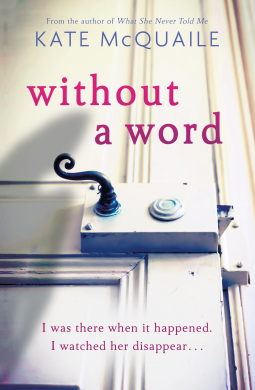 Title: Without a Word

Synopsis: Lillian had phoned telling her to get Skype up and running. ‘I have so much to tell you.’ Then, the knock on the door. ‘Sorry Orla, I’d better see who it is’ she said. Orla waited. Seconds became minutes. She didn’t know how long she waited before she realised that something terrible had happened.

For more than a decade, Lillian’s disappearance has remained unsolved, and Orla has found it impossible to move on.

Then she receives an unexpected visit from Ned Moynihan, the detective who led the original investigation into her friend’s vanishing. Moynihan has been receiving anonymous notes accusing him of having failed to investigate the case properly. He assumes the notes are coming from Orla, yet Orla knows nothing of these letters.

Is somebody trying to tell them the truth about what really happened to Lillian that night? 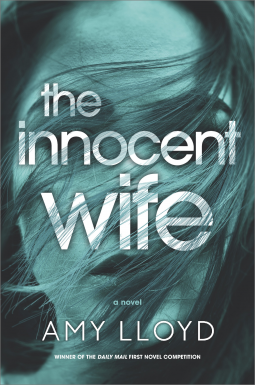 Synopsis: Twenty years ago Dennis Danson was arrested for the brutal murder of Holly Michaels in Florida’s Red River County. Now he’s the subject of a Making a Murderer—style true-crime documentary that’s taking the world by storm. The filmmakers are whipping up a frenzy of coverage to uncover the truth and free the victim of a gross miscarriage of justice.

Samantha may be thousands of miles away in Britain, but she is as invested in Dennis’s case as any of his lawyers. Perhaps even more so, as her letters to the convicted killer grow ever more intimate. Soon she is leaving her life behind to marry him and campaign, as his wife, for his release.

But when the campaign is successful and Dennis is freed, Samantha discovers new details that begin to suggest he may not be so innocent after all. How many girls went missing in Red River, and what does Dennis really know? 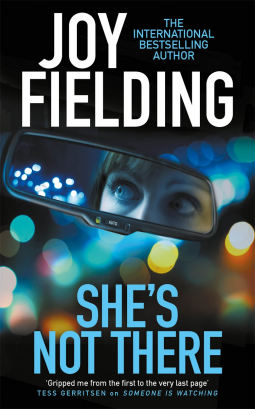 Title: She’s Not There

Synopsis: ‘I think my real name is Samantha. I think I’m your daughter.’

Now, fifteen years later, Caroline receives a phone-call that could change everything.

But could this stranger really be her daughter? And what happened all those years ago to make her vanish without a trace? As Caroline pieces together the events of that ill-fated holiday, she begins to question whether the answers could lie dangerously close to home . . . 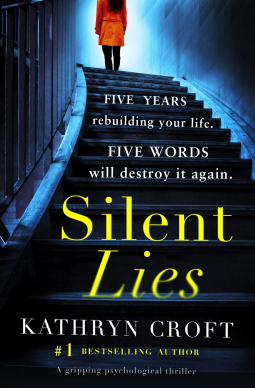 Synopsis: ‘Your husband didn’t kill himself.’

Mia Hamilton lived the perfect life with her husband, university teacher Zach, and their two-year-old daughter, Freya. But everything changed when Zach committed suicide on the same night one of his students, Josie Carpenter, vanished.

Five years later, and Josie is still missing but Mia has finally found some happiness with new boyfriend Will.

Until one day when stranger Alison walks into her life and tells Mia that her husband didn’t kill himself.

Desperate to find out what really happened to Zach, Mia is forced to put her trust in Alison. But she soon discovers that Alison has her own agenda behind exposing the details of Zach’s death. Can Mia really believe anything Alison says?

Mia must decide how far she is willing to go to uncover the truth – even if she risks losing everything she loves. 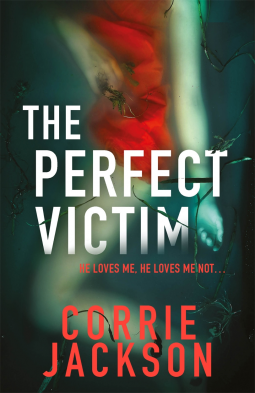 Charlie and Emily Swift are the Instagram-perfect couple: gorgeous, successful and in love. But then Charlie is named as the prime suspect in a gruesome murder and Emily’s world falls apart.

Sophie puts her reputation on the line to clear his name. But as she’s drawn deeper into Charlie and Emily’s unravelling marriage, she realises that there is nothing perfect about the Swifts.

As she begins to question Charlie’s innocence, something happens that blows the investigation – and their friendship – apart. 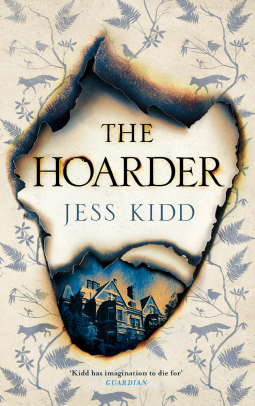 Synopsis: Maud Drennan – underpaid carer and unintentional psychic – is the latest in a long line of dogsbodies for the ancient, belligerent Cathal Flood. Yet despite her best efforts, Maud is drawn into the mysteries concealed in his filthy, once-grand home. She realises that something is changing: Cathal, and the junk-filled rooms, are opening up to her.

With only her agoraphobic landlady and a troop of sarcastic ghostly saints to help, Maud must uncover what lies beneath Cathal’s decades-old hostility, and the strange activities of the house itself. And if someone has hidden a secret there, how far will they go to ensure it remains buried? 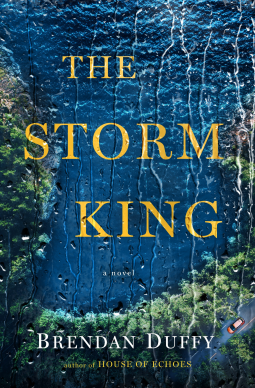 Synopsis: Burying the past only gives it strength—and fury.

Nate McHale has assembled the kind of life most people would envy. After a tumultuous youth marked by his inexplicable survival of a devastating tragedy, Nate left his Adirondack hometown of Greystone Lake and never looked back. Fourteen years later, he’s become a respected New York City surgeon, devoted husband, and loving father.

Then a body is discovered deep in the forests that surround Greystone Lake.

This disturbing news finally draws Nate home. While navigating a tense landscape of secrets and suspicion, resentments and guilt, Nate reconnects with estranged friends and old enemies, and encounters strangers who seem to know impossible things about him. Haunting every moment is the Lake’s sinister history and the memory of wild, beautiful Lucy Bennett, with whom Nate is forever linked by shattering loss and youthful passion.

As a massive hurricane bears down on the Northeast, the air becomes electric, the clouds grow dark, and escalating acts of violence echo events from Nate’s own past. Without a doubt, a reckoning is coming—one that will lay bare the lies that lifelong friends have told themselves and unleash a vengeance that may consume them all. 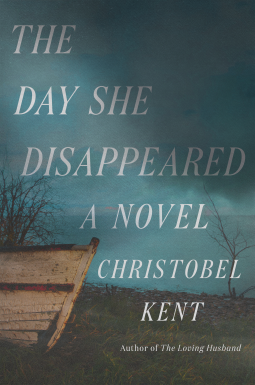 Title: The Day She Disappeared

Synopsis: Some say Beth’s disappearance was to be expected. She’s a rural barmaid from Cornwall, a fly-by-night party girl who can’t be trusted. There wasn’t really anything to keep her at the Bird in Hand, they said. But her best friend, Nathalie, doesn’t buy it, not at all. Doesn’t believe Beth would just vanish like that. Neither does the old lush Victor. He has seen something . . . something important . . . but he can’t quite remember what . . . 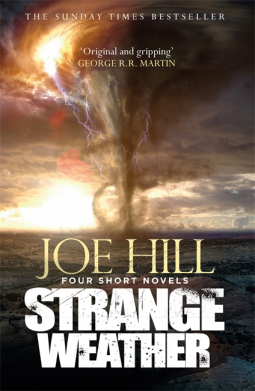 Synopsis: One autumnal day in Boulder, Colorado, the clouds open up in a downpour of nails, splinters of bright crystal that tear apart anyone who isn’t safely under cover. ‘Rain’ explores this escalating apocalyptic event, as clouds of nails spread out across the country and the world. Amidst the chaos, a girl studying law enforcement takes it upon herself to resolve a series of almost trivial mysteries . . . apparently harmless puzzles that turn out to have lethal answers.

In ‘Loaded’ a mall security guard heroically stops a mass shooting and becomes a hero to the modern gun movement. Under the hot glare of the spotlights, though, his story begins to unravel, taking his sanity with it…

‘Snapshot, 1988’ tells the story of an kid in Silicon Valley who finds himself threatened by The Phoenician, a tattooed thug who possesses a Polaroid that can steal memories…

And in ‘Aloft’ a young man takes to the skies to experience parachuting for the first time . . . and winds up a castaway on an impossibly solid cloud, a Prospero’s island of roiling vapour that seems animated by a mind of its own. 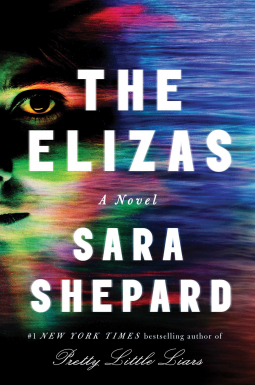 Synopsis: When debut novelist Eliza Fontaine is found at the bottom of a hotel pool, her family at first assumes that it’s just another failed suicide attempt. But Eliza swears she was pushed, and her rescuer is the only witness.

Desperate to find out who attacked her, Eliza takes it upon herself to investigate. But as the publication date for her novel draws closer, Eliza finds more questions than answers. Like why are her editor, agent, and family mixing up events from her novel with events from her life? Her novel is completely fictional, isn’t it?

The deeper Eliza goes into her investigation while struggling with memory loss, the closer her life starts to resemble her novel, until the line between reality and fiction starts to blur and she can no longer tell where her protagonist’s life ends and hers begins.

Request status: n/a (this one might have to be a pre-order though!) 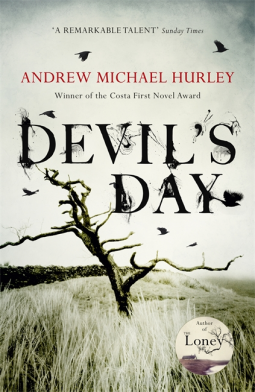 All stories in the valley have to begin with the Devil . . .

After the blizzard of 1913, it was weeks before anyone got in or out. By that time, what had happened there, what the Devil had done, was already fable.

Devil’s Day is a day for children now, of course. A tradition it’s easy to mock, from the outside. But it’s important to remember why we do what we do. It’s important to know what our grandfathers have passed down to us.

Because it’s hard to understand, if you’re not from the valley, how this place is in your blood.

That’s why I came back, with Kat, and not just because the Gaffer was dead.

Though that year we may have let the Devil in after all .