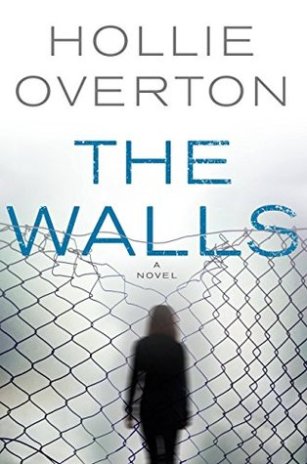 What if murder is your only way out?

I am all too aware that my criticism of this book is going to be way more brutal than the average reader, but that’s down the fact that I hated Baby Doll, Overton’s debut novel, and so reading this one, I’ve automatically picked up on things I’ve disliked. But I’m glad I didn’t continue to read this one.

The romance part of this novel was class-A cheese. I hate romance in novels as it is, it just bothers me, but when it’s subtle and doesn’t take up too much of the plot, it’s OK. In this novel it’s not subtle at all, it’s cheesy and it’s right there, in your face. Thankfully, it simmers down at 25%… but by that point I was bored of reading this already.

This one was too slow for my liking. Nothing happened in the 40% of it that I read, and I admit it, I don’t like Hollie Overton’s writing style. For me, it feels like she’s trying to hard to be cool and relate to us as readers. It’s a nice gesture but it doesn’t come across great.

I think it’s now official that I don’t get on with Overton’s work and this means I won’t try any more of her books. It will waste too much of my precious reading time.

P.S. This was meant to be a buddy reading with Annie @ The Misstery but she got through it in under 24 hours and I couldn’t keep up because I was so bored. She also spoiled it for me (on my request) so I know what happens!

Thanks to Netgalley and Hachette Book Group for giving me the opportunity to read this one in exchange for an honest review. Sorry I didn’t like it!

14 Replies to “DNF Review: The Walls by Hollie Overton”