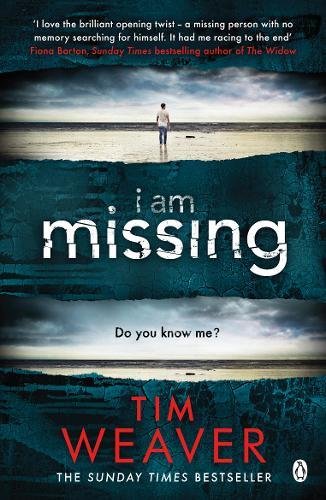 When a young man wakes up bruised and beaten, with no memory of who he is or where he came from, the press immediately dub him ‘The Lost Man’.

Naming himself Richard Kite, he spends the next ten months desperately trying to find out who he is. But despite media appeals and the efforts of the police, no one knows him. Richard’s last hope may be private investigator David Raker – but Raker has more questions than answers.

Who is Richard Kite? Why does no one know him? And what links him to the body of a woman found beside on a London railway line two years ago?

Could Richard be responsible for her death – or is he next?

3.5 stars – but I’m rounding up to 4 because I liked more than I disliked.

My first impression of this book, before I even picked it up was this: oh no. Firstly, Netgalley is pretty useless at telling you when a book is part way through a series, so I didn’t initially realise this was the EIGHTH book in a series, secondly this is over 500 pages. I often find mystery thrillers over 400 pages are dragged out and could really be around 300 pages long with some good editing. But… I was pleasantly surprised.

This is my first taste of the David Raker series, as mentioned above, but it was so easy going into this one with no background information about him as a character. The book got straight on with the storyline of The Lost Man and didn’t dwell too often on his life or characters he had a past with. I think when you get so deep into a series as to have 8 books, the new ones you come out with do need to be as close to a standalone as possible.

As for the 500+ page issue, I do think there could have been some bits cut out to make it a little shorter. There was quite a bit of repetition of what had happened just previously, like at the beginning of a new TV episode where is does a short re-cap. I also found some of the conversation tedious and skimmed them. There was a lot of…

“And so then what happened?” I asked. He didn’t move.

“Tell me what happened,” I pushed to get an answer, but he kept his head down and didn’t say anything.

“Are you going to tell me what happened?” I wanted to force an answer out of him but I didn’t want to rush him. This time he moved slightly to look at me, but still he didn’t say anything.

… which, as you can imagine, gets a bit annoying when you come across several conversations like this. Other than these few little issues with the writing, I thought the rest of it was very good and that Weaver is a talented writer!

When it comes to the story, my feelings are really conflicted. What initially drew me to this book was the idea that a man is missing himself – he has no memory of where he comes from or of who he is – so he hires a PI to “find” him. What we get from that is a twisty, journey into the history of this man’s life and how that led him to be washed up on UK shores.

Admittedly, this is one hell of a ride. It’s fast paced and exciting, but it’s also quite convoluted and towards the end where the big reveals are coming thick and fast, it gets a little ridiculous.

I liked this one but I couldn’t quite believe it, and so couldn’t get myself into it as much as I would have liked to. It starts off very chilling and intriguing but it gradually gets into “let’s make this as crazy as we can”.

Thanks to Netgalley and Penguin – Michael Joseph for giving me the opportunity to read this in exchange for an honest review.