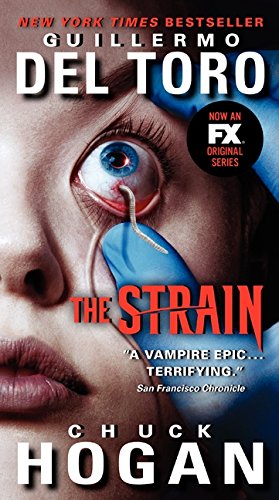 Synopsis: A Boeing 777 arrives at JFK and is on its way across the tarmac, when it suddenly stops dead. All window shades are pulled down. All lights are out. All communication channels have gone quiet. Crews on the ground are lost for answers, but an alert goes out to the CDC. Dr. Ephraim “Eph” Goodweather, head of their Canary project, a rapid-response team that investigates biological threats, gets the call and boards the plane. What he finds makes his blood run cold.

In a pawnshop in Spanish Harlem, a former professor and survivor of the Holocaust named Abraham Setrakian knows something is happening. And he knows the time has come, that a war is brewing.

So begins a battle of mammoth proportions as the vampiric virus that has infected New York begins to spill out into the streets. Eph, who is joined by Setrakian and a motley crew of fighters, must now find a way to stop the contagion and save his city – a city that includes his wife and son – before it is too late.

The beginning of this synopsis sounds excellent, but then it turns out to be about vampires and those fantasy baddies aren’t really my thing. I definitely only added this one because it was a Del Toro book. 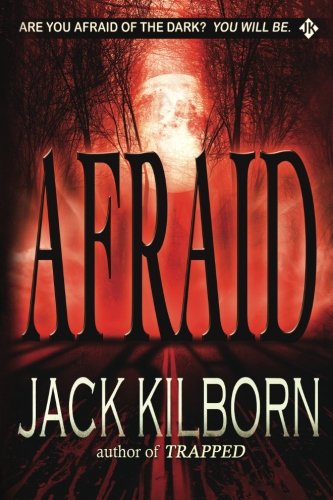 Synopsis: Welcome to Safe Haven, Wisconsin. Miles from everything, with one road in and out, this peaceful town has never needed a full-time police force. Until now . . .

A helicopter has crashed near Safe Haven and unleashed something horrifying. Now this merciless force is about to do what it does best. Isolate. Terrorize. Annihilate. As residents begin dying in a storm of gory violence, Safe Haven’s only chance for survival will rest with an aging county sheriff, a firefighter, and a single mom. And each will have this harrowing thought: Maybe death hasn’t come to their town by accident…

This could easily be crap, but it’s got a lot of really good reviews, and the ones who didn’t like it said it was because of its gore – which isn’t an issue for me! I’m going to give it the benefit of the doubt… 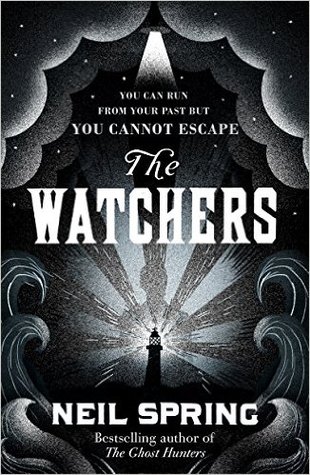 The Watchers by Neil Spring

My Name is Robert Wilding.

Since childhood I have been running from my parents’ deaths. From my grandfather Randall Llewellyn Pritchard – his fanatical omens about fires in the sky. From what happened at Broad Haven.

But now my memories have returned to haunt me.

In the ministry of Defence Room 800 I met the man who keeps the nation’s secrets – who wants me to investigate the sightings at Broad Haven: the ghostly figures, the lights from another world.

In know its is my duty to expose the truth behind ‘the happenings’, even if it will be dangerous. Even though I may not live to tell the tale.

I know it is my duty, but still I am afraid. I know the Watchers will be waiting for me there.

This sound creepy and mysterious – you know that’s the sort of book I love.

Synopsis: Everything you thought you knew about witches is wrong. They are much darker, and they are much more horrifying. Wytches takes the mythology of witches to a far creepier, bone-chilling place than readers have dared venture before. When the Rooks family moves to the remote town of Litchfield, NH to escape a haunting trauma, they’re hopeful about starting over. But something evil is waiting for them in the woods just beyond town. Watching from the trees. Ancient…and hungry.

I haven’t read many horror graphic novels (or any, really) but this one sounds terrifying! 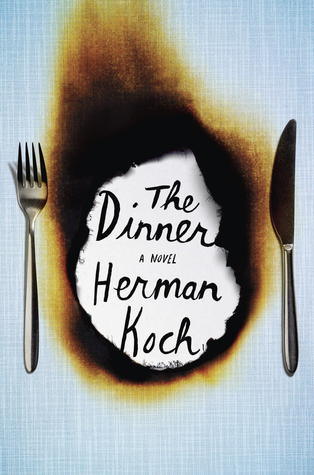 The Dinner by Herman Koch

Synopsis: It’s a summer’s evening in Amsterdam, and two couples meet at a fashionable restaurant for dinner. Between mouthfuls of food and over the polite scrapings of cutlery, the conversation remains a gentle hum of polite discourse — the banality of work, the triviality of the holidays. But behind the empty words, terrible things need to be said, and with every forced smile and every new course, the knives are being sharpened.

Each couple has a fifteen-year-old son. The two boys are united by their accountability for a single horrific act; an act that has triggered a police investigation and shattered the comfortable, insulated worlds of their families. As the dinner reaches its culinary climax, the conversation finally touches on their children. As civility and friendship disintegrate, each couple show just how far they are prepared to go to protect those they love.

This one sounds good, so why does it have such an average rating, at 3.22 stars? As much as I like the sound of this one, I’ve got too many other books I want to read, so there’s no point on reading a book where most people have rated it 3 stars. 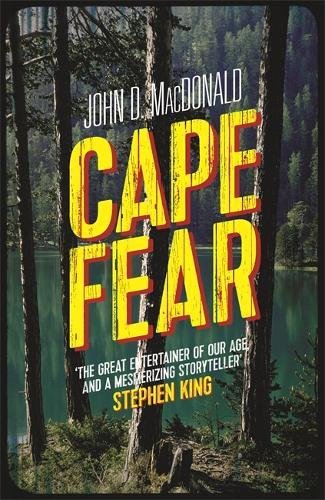 Synopsis: Max Cady, a brutal rapist, has been in prison for years, nursing his hatred for the man who put him away, attorney Sam Bowden.

When Cady gets parole, he begins stalking Bowden’s family.

As Cady’s campaign of terror mounts, the police are powerless to protect the family who must use their wits to survive a psychopath bent on revenge.

I LOVE THE FILM VERSION OF THIS WITH ROBERT DE NIRO… 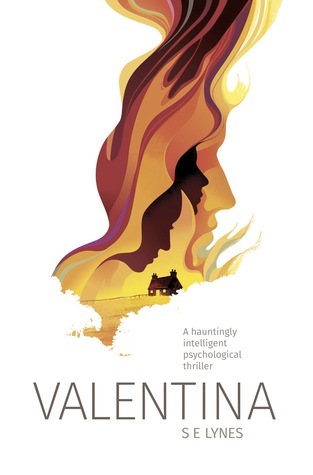 Synopsis: When Glasgow journalist Shona McGilvery moves with her partner Mikey and their baby to an idyllic cottage in rural Scotland, they believe that all that lies ahead of them is happiness.

But with Mikey working offshore, the  frightening  isolation of the Aberdeenshire  countryside begins to drive her insane…

That is, until she is rescued by a new friendship with the enchanting Valentina.

She has the perfect home, the perfect man, and a charismatic new best friend – or does she?

As her fairytale life begins to unravel, the deep dark wood becomes the least of her fears…

Ahhh, I hate when book synopses say “she had the perfect home, the perfect man, the perfect friends” etc etc, it always really puts me off a book. I’m not sure about this one. A distant husband and a sultry best friend sounds like a bit of a domestic coming our way… 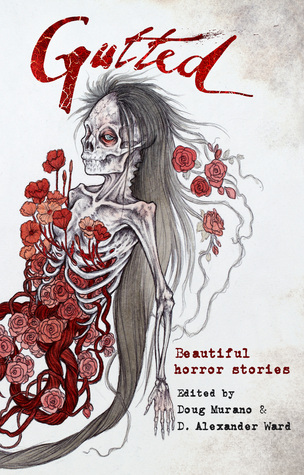 Synopsis: Gutted: Beautiful Horror Stories—a disturbing journey into the beauty that rests inside the very heart of darkness.

Fifteen short stories and one poem span nearly every twisted corner of the horror and dark fiction genres:

A woman experiences an emotional reckoning inside a haunted house.

A father sees his daughter rescued after a cold case is solved, only to learn the tragic limits of his love.
A man awakens a vengeful spirit and learns the terrible price of settling scores.

A boy comes of age into awareness of a secret universe of Lovecraftian scale.

A young woman confronts the deathly price of existence inside a German concentration camp during the Holocaust.

And much, much more…

Well, I actually have this somewhere at home, but I can’t see it on my shelves, so that means it’s gone forever lol. I will keep it on though, just in case I ever find it again 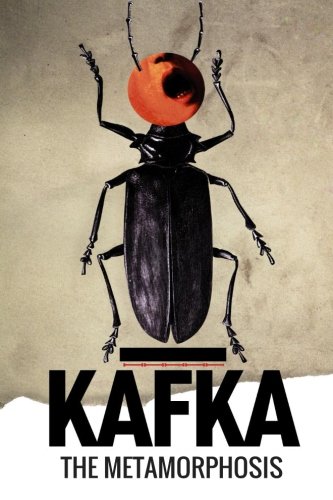 The Metamorphosis by Franz Kafka

Synopsis: As Gregor Samsa awoke one morning from uneasy dreams he found himself transformed in his bed into a gigantic insect. He was laying on his hard, as it were armor-plated, back and when he lifted his head a little he could see his domelike brown belly divided into stiff arched segments on top of which the bed quilt could hardly keep in position and was about to slide off completely. His numerous legs, which were pitifully thin compared to the rest of his bulk, waved helplessly before his eyes.

There are basically no real synopsis’ for this, but it’s about a man that wakes as a cockroach type thing lol. Anyway, my mum raves about this one 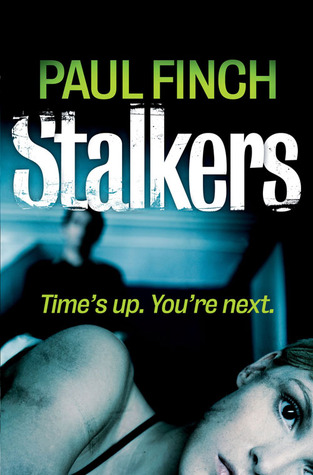 Synopsis: Time’s up. You’re Next.

“All he had to do was name the woman he wanted. It was that easy. They would do all the hard work.”

Detective Sergeant Mark ‘Heck’ Heckenberg is investigating the disappearance of 38 different women. Each one was happy and successful until they vanished without a trace.

Desperate to find her missing sister, Lauren Wraxford seeks out Heck’s help. Together they enter a seedy underworld of gangsters and organised crime.

But when they hear rumours about the so-called ‘Nice Guys Club’ they hit a brick wall. They’re the gang that no one will talk about. Because the Nice Guys can arrange anything you want. Provided you pay the price…

We had a Secret Santa thing going on between a group of friends one year, and the person who got me was probably the person who knew me the least (we were friends but went to different schools and she was more of a friends friend) but she knew I loved to read so got me this (and some booze 🙃)!

Another 3 removed from my ridiculous TBR… 3 is better than nothing though!