This week we have a whole host of amazing books! For those of you who’ve been waiting for The Silent Companions by Laura Purcell, like I have been, well wait no further! It’s on Netgalley finally! 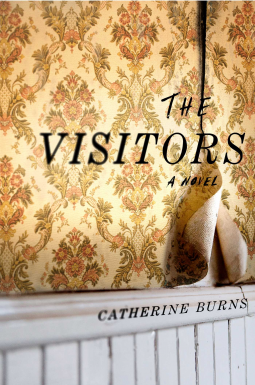 Synopsis: Marion Zetland lives with her domineering older brother John in a crumbling mansion on the edge of a northern seaside resort. A timid spinster in her fifties who still sleeps with teddy bears, Marion does her best to live by John’s rules, even if it means turning a blind eye to the noises she hears coming from behind the cellar door…and turning a blind eye to the women’s laundry in the hamper that isn’t hers. For years, she’s buried the signs of John’s devastating secret into the deep recesses of her mind—until the day John is crippled by a heart attack, and Marion becomes the only one whose shoulders are fit to bear his secret. Forced to go down to the cellar and face what her brother has kept hidden, Marion discovers more about herself than she ever thought possible. As the truth is slowly unraveled, we finally begin to understand: maybe John isn’t the only one with a dark side…. 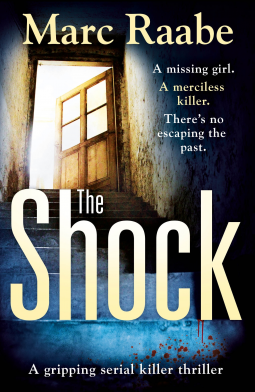 Synopsis: When Laura Bjely goes missing during a storm on the Cote d’Azur, the only thing her friend Jan finds is her smartphone – with a disturbing film in the memory.

Back in Berlin, Jan’s neighbour is discovered with a bloody message left on her forehead.

As Jan searches for answers about what happened to Laura, he is thrown into a nightmare of madness and murder. 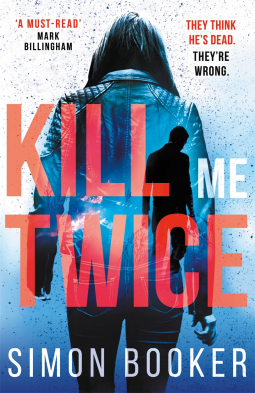 Synopsis: Karl Savage is dead. He must be. His ex, Anjelica, is in prison for murdering him in an arson attack. Multiple forensic experts testified to finding his charred remains. So when Anjelica begs investigative journalist Morgan Vine to prove her innocence, it seems an impossible task. It doesn’t matter that Karl was abusive. That Anjelica has a baby to care for. That she’s petrified of fire. The whole world knows Karl is dead.

Then he turns up outside Morgan’s window . . . 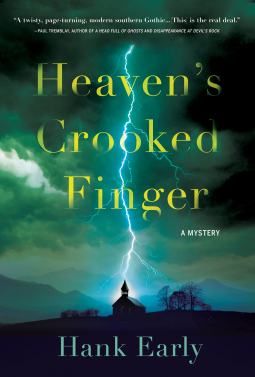 Synopsis: Earl Marcus thought he had left the mountains of Georgia behind forever, and with them, the painful memories of a childhood spent under the evangelical rule of his father RJ’s church—a church built on fear, penance, and the twisting, writhing mass of snakes. But then an ominous photo of RJ is delivered to Earl’s home. The photograph is dated long after his father’s burial, and there’s no doubt that the man in the picture is very much alive.

As Earl returns to Church of the Holy Flame searching for the truth, faithful followers insist that his father has risen to a holy place high in the mountains. Nobody will talk about the teenage girls who go missing, only to return with strange tattoo-like marks on their skin. Rumors swirl about an old well that sits atop one of the mountains, a place of unimaginable power and secrets. Earl doesn’t know what to believe, but he has long been haunted by his father, forever lurking in the shadows of his life. Desperate to leave his sinful Holy Flame childhood in the past, Earl digs up deeply buried secrets to discover the truth before time runs out and he’s the one put underground. 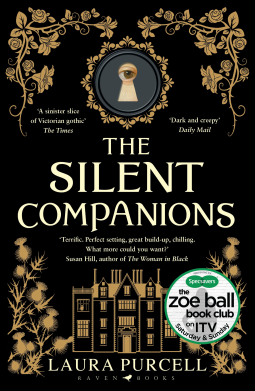 Synopsis: Newly married, newly widowed Elsie is sent to see out her pregnancy at her late husband’s crumbling country estate, The Bridge.

With her new servants resentful and the local villagers actively hostile, Elsie only has her husband’s awkward cousin for company. Or so she thinks. But inside her new home lies a locked room, and beyond that door lies a two-hundred-year-old diary and a deeply unsettling painted wooden figure – a Silent Companion – that bears a striking resemblance to Elsie herself…

Request status: accepted (I’ve been waiting for this one for ages!!) 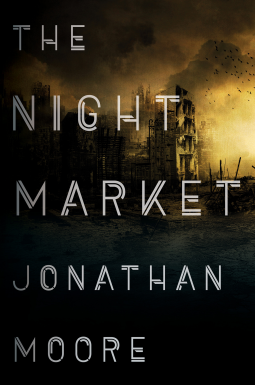 Synopsis: It’s late Thursday night, and Inspector Ross Carver is at a crime scene in one of the city’s last luxury homes. The dead man on the floor is covered by an unknown substance that’s eating through his skin. Before Carver can identify it, six FBI agents burst in and remove him from the premises. He’s pushed into a disinfectant trailer, forced to drink a liquid that sends him into seizures, and is shocked unconscious. On Sunday he wakes in his bed to find his neighbor, Mia—who he’s barely ever spoken to—reading aloud to him. He can’t remember the crime scene or how he got home; he has no idea two days have passed. Mia says she saw him being carried into their building by plainclothes police officers, who told her he’d been poisoned. Carver doesn’t really know this woman and has no way of disproving her, but his gut says to keep her close. 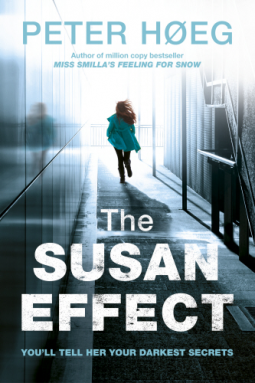 Synopsis: SUSAN SVENDSEN HAS AN UNUSUAL TALENT. She is an expert in finding out secrets. People feel compelled to confide in her and unwittingly confess their innermost thoughts. Her whole life, she has exploited this talent, but now her family is in jeopardy and there is a prison sentence hanging over her head.

Then Susan gets a timely offer from a former government official: use her power one more time and have all charges dropped. To get her life back in order, she must track down the last surviving members of a secret think tank, the Future Committee, and find out the details in this committee’s mysterious final report. But there are some powerful people determined that the report is never revealed. 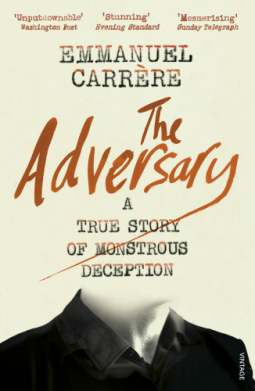 Synopsis: ON THE SATURDAY MORNING OF JANUARY 9, 1993, WHILE JEAN CLAUDE ROMAND WAS KILLING HIS WIFE AND CHILDREN, I WAS WITH MINE IN A PARENT-TEACHER MEETING…

With these chilling first words, acclaimed master of psychological suspense, Emmanuel Carrère, begins his exploration of the double life of a respectable doctor, eighteen years of lies, five murders, and the extremes to which ordinary people can go. 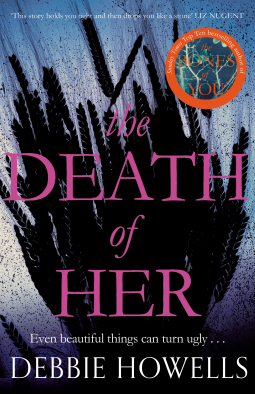 Title: The Death of Her

Synopsis: A woman’s body is discovered on a Cornish farm, battered and left for dead in a maize field. Airlifted to hospital, her life hanging in the balance, no one’s sure who she is. Three days later she comes round, but her memory is damaged. She knows her name – Evie – but no more, until she remembers another name. Angel – her three-year-old daughter. As the police circulate Evie’s photo, someone recognizes her. Charlotte knew her years ago, at school, when another child went missing. Leah Danning, who vanished whilst in Evie’s care. When the police search Evie’s home, there’s no sign of Angel. More disturbingly, there’s no evidence that she ever lived there, forcing the police to question whether Evie’s having some kind of breakdown. But even from the darkest place she’s ever known, Evie believes her daughter is alive. The police remain unconvinced – unaware that on the fringes of Evie’s life, there’s someone else. Someone hidden, watching her every move, with their own agenda and their own twisted version of reality. 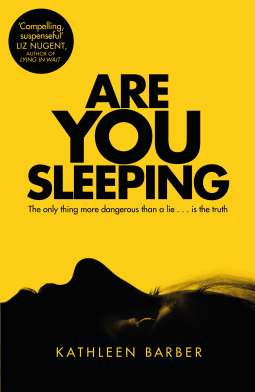 Title: Are You Sleeping

Synopsis: Josie Buhrman has spent the last ten years trying to escape her family’s reputation and with good reason: her father was murdered, her mother ran away to join a cult, and her twin sister Lanie, once Josie’s closest friend and confidant, betrayed her. Now, Josie has settled in New York with her boyfriend Caleb, and that’s where she intends to stay. The only problem is that she has lied to Caleb about every detail of her past – starting with her last name. Then investigative reporter Poppy Parnell sets off a media firestorm with a hit podcast that reopens the case of her father’s murder and Josie’s carefully constructed world begins to unravel. She is forced to return to her hometown where she must confront the lies from her past – as well as those on which she has staked her future. 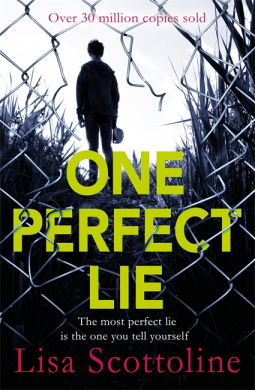 Synopsis: Single mother Heather would do anything for her son, Jordan. His talent on the high-school baseball field could be his only ticket to college. Yet there are those in Jordan’s team who have the potential to lead him down a darker path. Not least their coach – a new teacher with a dark, hidden agenda of his own.

But there is no such thing as a perfect façade. And under pressure the cracks will soon appear…

If your child conceals the truth, how can you be sure that they are safe? 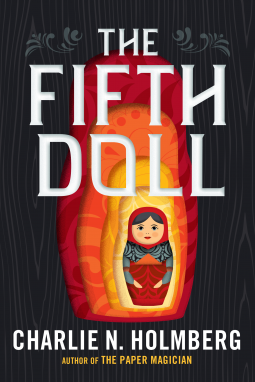 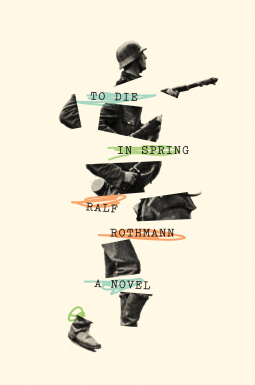 Title: To Die in Spring