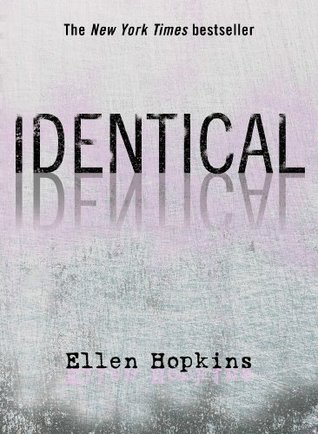 Synopsis: Do twins begin in the womb?
Or in a better place?

Kaeleigh and Raeanne are identical down to the dimple. As daughters of a district-court judge father and a politician mother, they are an all-American family — on the surface. Behind the facade each sister has her own dark secret, and that’s where their differences begin.

For Kaeleigh, she’s the misplaced focus of Daddy’s love, intended for a mother whose presence on the campaign trail means absence at home. All that Raeanne sees is Daddy playing a game of favorites — and she is losing. If she has to lose, she will do it on her own terms, so she chooses drugs, alcohol, and sex.

Secrets like the ones the twins are harboring are not meant to be kept — from each other or anyone else. Pretty soon it’s obvious that neither sister can handle it alone, and one sister must step up to save the other, but the question is — who?

I can’t even imagine what made me add this to begin with… it doesn’t sound like anything I would have ever wanted to read! 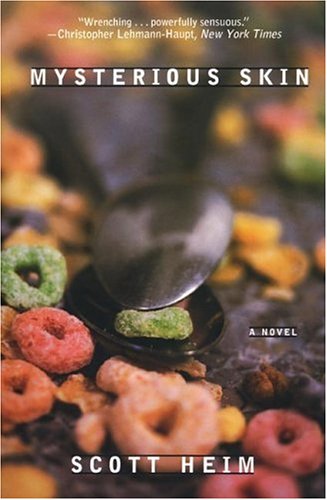 Synopsis: At the age of eight Brian Lackey is found bleeding under the crawl space of his house, having endured something so traumatic that he cannot remember an entire five-hour period of time.During the following years he slowly records details from that night, but these fragments are not enough to explain what happened to him, and he begins to believe that he may have been a victim of an alien encounter. Neil McCormick is fully aware of the events from the summer. Wise beyond his years, curious about his developing sexuality, Neil found what he perceived to be love and guidance from his baseball coach. Now, ten years later, he is a teenage hustler, a terrorist of sorts, unaware of the dangerous path his life is taking. His recklessness is governed by idealized memories of his coach, that unexpectedly change when Brian comes to Neil for help and, ultimately, the truth.

I already know the story to this one because I watched the film AND IT BROKE MY HEART!!! I definitely want to read this one, I started it an age ago and then it got tidied away and I couldn’t find it again (still can’t), so I may have to repurchase. 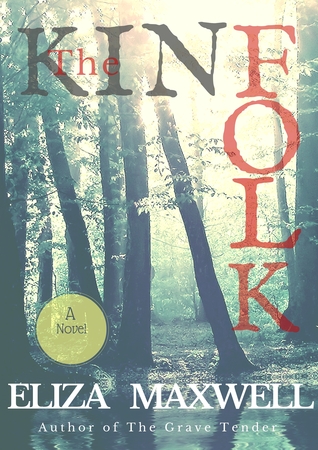 The Kinfolk by Eliza Maxwell

Synopsis: Along the banks of the Neches river, surrounded by the dense piney woods of east Texas, where the humidity makes even the mosquitos go a little soft in the head, there’s a pack of liars, thieves, and fools that Mimosa Mabry reluctantly calls family. After a lifetime spent trying to put the place behind her, the kinfolk have come calling, and they want her home.

Against her better judgement, Mo returns, but finds the answer she’s searching for—the truth about a child named Lucy—is farther from her grasp than ever. Because in deep east Texas, at the mercy of your kin, truth is relative—as enigmatic as a carnival shell game.

And the game is rigged.

I kind have no idea what this is going to be about. It kind of sounds culty, but who knows. All I do know is that is has under 100 ratings on Goodreads and I like the sound of it! 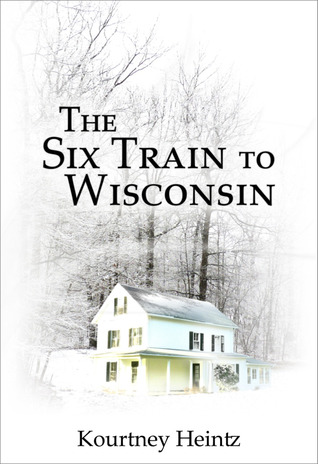 The Six Train to Wisconsin by Kourtney Heintz

Synopsis: Sometimes saving the person you love can cost you everything.

There is one person that ties Oliver Richter to this world: his wife Kai. For Kai, Oliver is the keeper of her secrets.

When her telepathy spirals out of control and inundates her mind with the thoughts and emotions of everyone within a half-mile radius, the life they built together in Manhattan is threatened.

To save her, Oliver brings her to the hometown he abandoned—Butternut, Wisconsin—where the secrets of his past remain buried. But the past has a way of refusing to stay dead. Can Kai save Oliver before his secrets claim their future?

I think I must have added this one because it was paranormal, but its ultimately a romance novel, and I ain’t about that life. 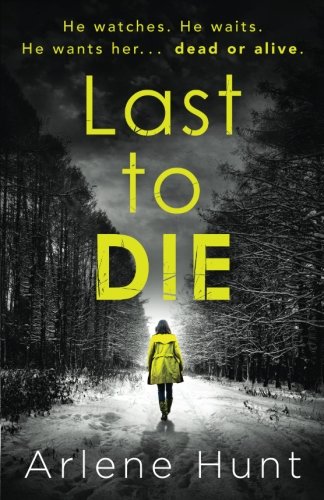 Last to Die by Arlene Hunt

Synopsis: He watches. He waits. He kills …

When Jessie Conway survives a horrific mass high school shooting, in the aftermath she finds herself thrust into the media spotlight, drawing all kinds of attention. But some of it is the wrong kind.

Caleb Switch, a sadistic serial killer has been watching her every move. A skilled hunter, he likes his victims to be a challenge to him. Jessie is strong, fearless, a survivor, and now…she is his ultimate prey.

As Caleb picks off his current victims one by one, chasing, killing and butchering them with his crossbow, he’s closing in on Jessie… But will Jessie defy the odds and escape with her life? Or will she be Caleb’s final sacrifice …

This sounds alright and has good ratings on GR, but, I have so many books like this on my TBR that I would rather get to, so I think I’m gonna skip out on this one… 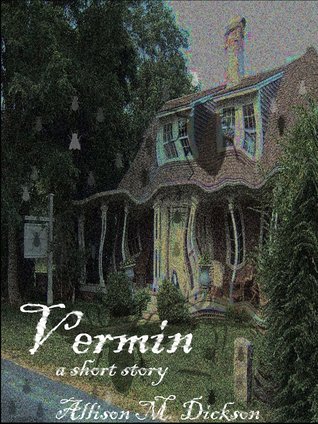 Synopsis: Someone has purchased the infamous Martindale mansion, long abandoned following an unspeakable murder. And it has a pest problem. A very big pest problem.

This sounds fine, I would read it, especially since it’s a short, but I literally can’t find this anywhere? Not anywhere that seems virus free, anyway lol. 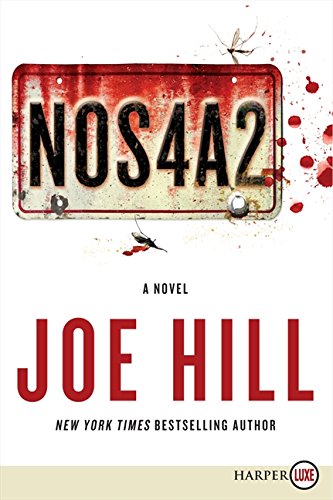 Synopsis: Victoria McQueen has a secret gift for finding things: a misplaced bracelet, a missing photograph, answers to unanswerable questions. On her Raleigh Tuff Burner bike, she makes her way to a rickety covered bridge that, within moments, takes her wherever she needs to go, whether it’s across Massachusetts or across the country.

Charles Talent Manx has a way with children. He likes to take them for rides in his 1938 Rolls-Royce Wraith with the NOS4A2 vanity plate. With his old car, he can slip right out of the everyday world, and onto the hidden roads that transport them to an astonishing – and terrifying – playground of amusements he calls “Christmasland.”

Then, one day, Vic goes looking for trouble—and finds Manx. That was a lifetime ago. Now Vic, the only kid to ever escape Manx’s unmitigated evil, is all grown up and desperate to forget. But Charlie Manx never stopped thinking about Victoria McQueen. He’s on the road again and he’s picked up a new passenger: Vic’s own son.

This sounds so good and I LOVE the title, very clever. 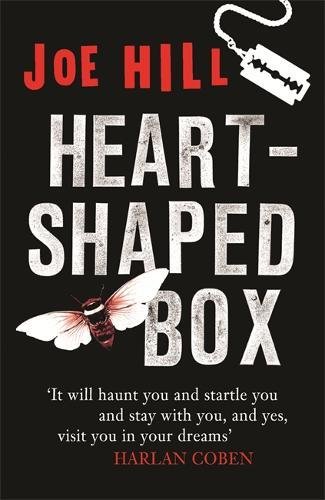 Synopsis: Aging, self-absorbed rock star Judas Coyne has a thing for the macabre — his collection includes sketches from infamous serial killer John Wayne Gacy, a trepanned skull from the 16th century, a used hangman’s noose, Aleister Crowley’s childhood chessboard, etc. — so when his assistant tells him about a ghost for sale on an online auction site, he immediately puts in a bid and purchases it.

The black, heart-shaped box that Coyne receives in the mail not only contains the suit of a dead man but also his vengeance-obsessed spirit. The ghost, it turns out, is the stepfather of a young groupie who committed suicide after the 54-year-old Coyne callously used her up and threw her away. Now, determined to kill Coyne and anyone who aids him, the merciless ghost of Craddock McDermott begins his assault on the rocker’s sanity.

This sounds so trippy and cool. Also, Heart Shaped Box is my fave Nirvana song, so I gotta keep it… 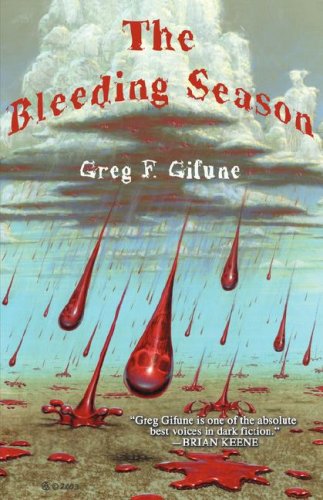 Synopsis: Alan, Tommy, Rick, Donald and Bernard were best friends living in a small, coastal town. Their world was simple and happy until the day Tommy was killed. Years later, Bernard commits suicide.

Within weeks of Bernard’s death, several mutilated bodies are found in town. The three remaining friends attempt to solve the riddle of Bernard’s suicide and come to realize that he may have been a savage ritual killer, a bleeder of young women.

To find the truth about Bernard, they must delve into the darkness that cradles an unspeakable evil so terrifying it could forever trap them in the shadows of the damned and shatter the very concept of their existence.

This sounds good. Sounds like the dark sort of paranormal thriller I like. Weirdly, this is £40 to buy in the physical form, but £2 on Kindle lol, so I know this will definitely be an ebook read. 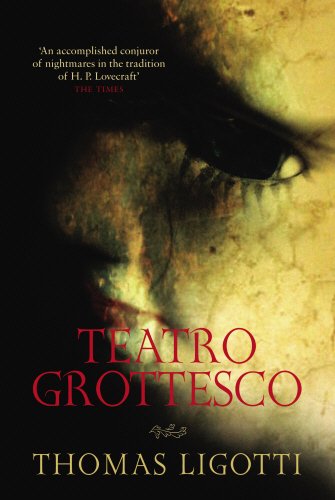 Synopsis: This collection features tormented individuals who play out their doom in various odd little towns, as well as in dark sectors frequented by sinister and often blackly comical eccentrics. The cycle of narratives that includes the title work of this collection, for instance, introduces readers to a freakish community of artists who encounter demonic perils that ultimately engulf their lives. These are selected examples of the forbidding array of persons and places that compose the mesmerizing fiction of Thomas Ligotti.

I quite like short story collections, especially if they’re horror, because I find horror can be much better in short form. This has really great reviews and ratings!

This weeks declutter started off well but went downhill (lol, get it… 2 Hill books) towards the end. Oh well, still 4 books removed.