There was a whole bunch of great mystery and thrillers, including a couple of interesting “read now” books, a new one from Claire douglas (author of Local Girl Missing) and a UK re-release of Best Day Ever by Kaira Rouda (which I’m super excited about because I got declined for it earlier in the year, but I have it now!) 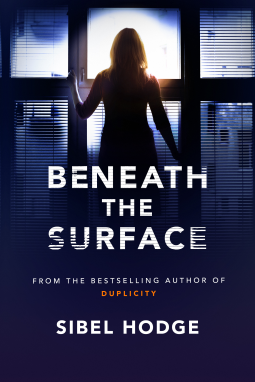 Title: Beneath the Surface

When the teenage son of Holly Gold’s school friend brutally murders his parents before killing himself, her sleepy home town is rocked by the sudden tragedy.

Appalled, Holly investigates. What could have caused the happy-go-lucky boy she remembers to commit such a heinous crime? When another teen commits suicide, she uncovers a horrifying link between the recent deaths and a dark conspiracy to hide the truth.

But someone doesn’t want Holly asking questions and, as she hunts for evidence to prove her theory, she’s dragged into a nightmare that threatens her life and her sanity. Then tragedy strikes again—and this time it’s closer to home… 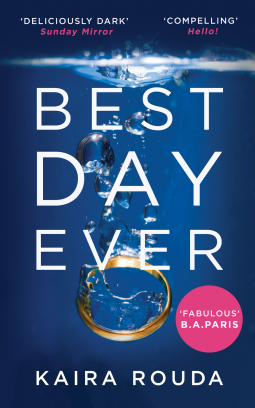 Synopsis: ‘I wonder if Mia thinks I have a dark side. Most likely as far as she knows, I am just her dear loving husband.’ 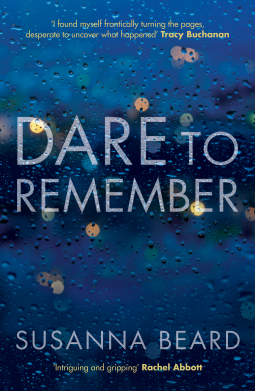 Synopsis: Reeling from a brutal attack that leaves her badly injured and her roommate dead, Lisa Fulbrook flees to the countryside to recuperate. With only vague memories of the event, she isolates herself from her friends and family, content to spend her days wandering the hills with her dog, Riley. However, Lisa is soon plagued, not only by vivid flashbacks, but questions, too: how did their assailant know them? Why were they attacked? And what really happened that night? As she desperately tries to piece together the memories, Lisa realizes that there’s another truth still hidden to her, a truth she can’t escape from. A truth that may have been right in front of her all along. 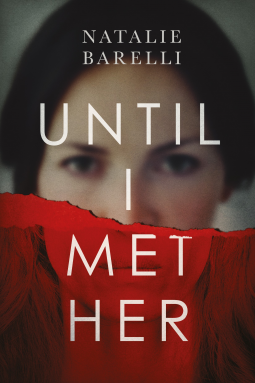 Title: Until I Met Her

Synopsis: Beatrice Johnson Greene, a bestselling crime writer, has an unusual favor to ask. When a chance encounter brings Emma Fern into her life, she thinks she’s found just the person for the job. Soon Beatrice will wish they’d never met.

For Emma, desperate to please, it’s an offer she can’t refuse. All she has to do is lend her name to Beatrice’s next novel, her first in a new genre. But when the book becomes a huge triumph, Emma finds herself the toast of the literary world. From nobody to somebody without writing a word.

It’s her first taste of success, and now Emma wants more. This is her masterpiece, after all. It says so on the cover.

Only Beatrice knows the truth. And surely there’s a solution to that. 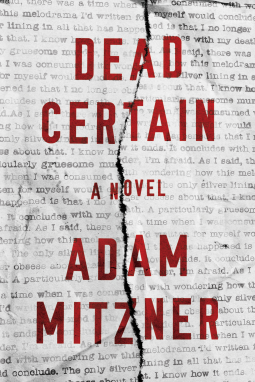 By day, Ella works as a buttoned-up attorney on some of the city’s most grueling cases. By night, she pursues her passion for singing in the darkest clubs of Manhattan.

No one knows her secret, not even Charlotte, the younger sister she practically raised. But it seems she’s not the only one in the family with something to hide. When Charlotte announces she’s sold her first novel, Ella couldn’t be more thrilled…until she gets a call that her sister’s gone missing.

Ella starts investigating with the help of Detective Gabriel Velasquez, an old flame in the NYPD, and what she finds is shocking. If art imitates life, then her sister’s novel may contain details of her real-life affairs. And any one of her lovers could be involved in her disappearance.

Desperate to bring Charlotte home, Ella works through her list of suspects, matching fictitious characters with flesh-and-blood men. But will it be too late to save the sister she only thought she knew? 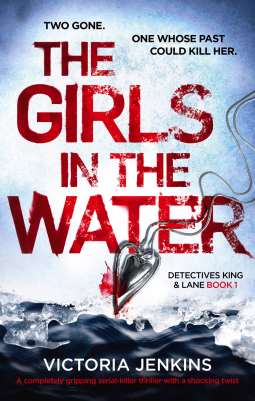 Title: The Girls in the Water

Synopsis: When the body of Lola Evans is found in a local park on a cold winter’s morning, Detective Alex King and her new recruit Chloe Lane are called in to lead the hunt for the killer.

Days later, a second girl goes missing. It seems the two shared a troubled history, and were members of the same support group. Who is the monster preying on these vulnerable girls?

As the detectives start to piece together the clues, Chloe realises that she too is in danger – as she uncovers secrets about her own brother’s death which someone will kill to keep hidden.

Alex and Chloe are soon fighting for their lives, and in a race against time to reach the next victim before it’s too late… 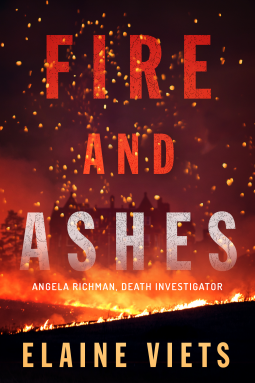 Synopsis: In the exclusive, gated enclave of Olympia Forest Estates, death investigator Angela Richman watches a mansion go up in a fiery blaze. With it, seventy-year-old financier Luther Delor, a drunken, bed-hopping rhinestone cowboy. Embroiled in a bitter divorce, Delor may have scandalized Chouteau Forest, but his murder has united it against the accused: Delor’s twenty-year-old girlfriend, Kendra Salvato, an “outsider.” With an engagement ring bigger than Chouteau County, she’s being railroaded straight to death row as a gold-digging killer.

All there is against Kendra is vicious gossip and anti-Mexican rage, and both are spreading like wildfire. Meanwhile, Angela is trying to douse the flames with forensic work that’s putting the Forest on edge. After all, facts could implicate one of their own. Now, sifting through the ashes of a vicious crime—and the guilty secrets of the privileged—only Angela can get to the truth, and prevent an innocent woman from getting burned. 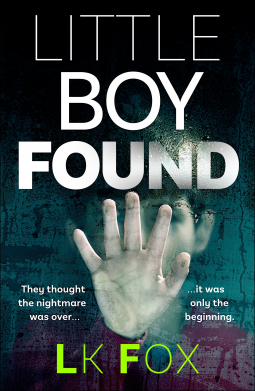 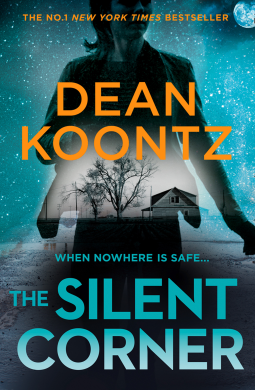 Synopsis: ‘I very much need to be dead’

These are the chilling last words left by a man who had everything to live for but took his own life. In the void that remains stands his widow, FBI agent Jane Hawk, determined to do what all the grief and fury inside her demand: find the truth, no matter what.

People of talent, seemingly happy and sound of mind, have recently been committing suicide in surprising numbers. A disturbing pattern is beginning to emerge. Jane is determined to give up everything to find out why.

Those arrayed against her are devoted to protecting something important – or terrifying – enough to exterminate anyone in their way. But Jane is as clever as these enemies are cold-blooded. And she is driven by a righteous rage they can never comprehend. Because it is born of love. 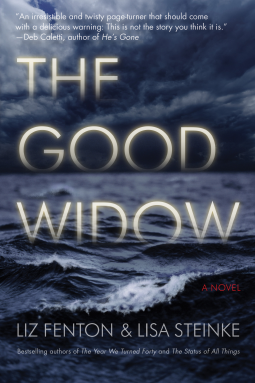 Synopsis: Elementary school teacher Jacqueline “Jacks” Morales’s marriage was far from perfect, but even in its ups and downs it was predictable, familiar. Or at least she thought it was…until two police officers showed up at her door with devastating news. Her husband of eight years, the one who should have been on a business trip to Kansas, had suffered a fatal car accident in Hawaii. And he wasn’t alone.

For Jacks, laying her husband to rest was hard. But it was even harder to think that his final moments belonged to another woman—one who had left behind her own grieving and bewildered fiancé. Nick, just as blindsided by the affair, wants answers. So he suggests that he and Jacks search for the truth together, retracing the doomed lovers’ last days in paradise.

Now, following the twisting path of that fateful road, Jacks is learning that nothing is ever as it seems. Not her marriage. Not her husband. And most certainly not his death… 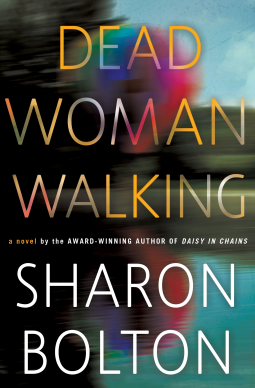 Synopsis: Just before dawn in the hills near the Scottish border, a man murders a young woman. At the same time, a hot-air balloon crashes out of the sky. There’s just one survivor. She’s seen the killer’s face – but he’s also seen hers. And he won’t rest until he’s eliminated the only witness to his crime. Alone, scared, trusting no one, she’s running to where she feels safe – but it could be the most dangerous place of all… 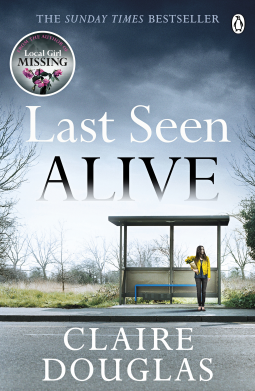 Libby Hall never really wanted to be noticed. But after she saves the children in her care from a fire, she finds herself headline news. And Horrified by the attention. It all reminds her of what happened nine years ago. The last time she saw her best friend alive.

Which Is why the house swap is such a godsend. Libby and her husband Jamie exchange their flat in Bath for a beautiful, secluded house in Cornwall. It’s a chance to heal their marriage – to stop its secrets tearing them apart.

But this stylish Cornish home isn’t the getaway they’d hoped for. They make odd, even disturbing, discoveries in the house. It’s so isolated – yet Libby doesn’t feel entirely alone. As if she’s being watched.

Is Libby being paranoid?

What is her husband hiding?

As the secrets and lies come tumbling out, is the past about to catch up with them? 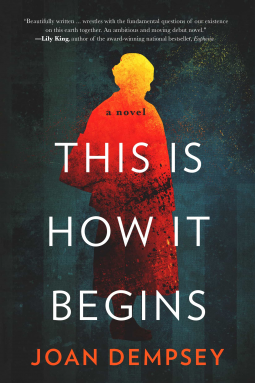 Title: This Is How It Begins

Synopsis: In 2009, eighty-five-year-old art professor Ludka Zeilonka gets drawn into a political firestorm when her grandson, Tommy, is among a group of gay Massachusetts teachers fired for allegedly silencing Christian kids in high school classrooms. The ensuing battle to reinstate the teachers raises the specter of Ludka’s World War II past—a past she’s spent a lifetime trying to forget.

Radio host Warren Meck has been leading the Massachusetts campaign to root out anti-religious bias in public schools—but he believes in working respectfully within the political system, so he’s alarmed and offended when his efforts are undermined by someone inciting violent action. Even worse, he fears the culprit is among his inner circle.

As Ludka’s influential family defends Tommy under increasingly vicious conditions, a stranger with connections to her past shows up and threatens to expose her for illegally hoarding a valuable painting presumed stolen by the Nazis.  Only one other person knew about the painting—a man Ludka’s been trying to find for sixty years.