Today I wanted to bring you a post about diversity. I haven’t done much about this on my blog, but it is something I feel strongly about. Film and TV shows are gradually becoming more diverse, but it’s still a whitewashed, cis and straight mess in my opinion.

Below, I’ve named 4 diverse films / tv shows that I have really loved and think should be appreciated!

With the exception of Resevoir Dogs and Inglorious Basterds, Tarantino is great at bringing together a culturally diverse cast, as well as some awesome leading ladies!

(artwork by Budcali on DeviantArt)

His standout diverse film has to be Kill Bill. Not only are the three main roles within this film played by women (Uma Thurman, Lucy Liu, and Vivica Fox), but both Liu and Fox are minorities (is that the correct way of saying that?) Not to mention, each female role (including smaller side characters)  is awesomely badass, no men needed. 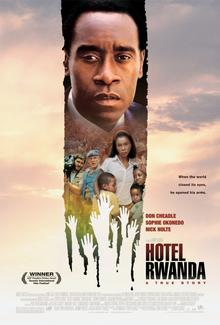 Hotel Rwanda is a heartbreaking, shocking and eye opening film about one of the worst atrocities of mankind – the 1994 Rwandan genocide. Of course this film is diverse due to the cast of this film being primarily black, but it’s also diverse in the sense that it speaks up about the awful things that happened.

In school, we learnt about WW I & II, along with other wars, but I never learnt about the Rwandan Genocide. The only reason I’m aware of it now is because of this film. Considering the horror of it all, it’s definitely put in the shadows of the history books.

Suits is one of my favourite TV programmes ever and this is all down to the fact that I love the leading ladies. Especially Jessica (Gina Torres) and Donna (Sarah Rafferty).  And, let’s not forget Prince Harry’s beau, Rachel (Meghan Markle). These fierce ladies put their jobs first and are the saving grace to many of the disasters that happen in the show.

Jessica is the main partner of the legal firm this show revolves around. She’s sassy, she takes no shit from anyone, and she’s black! Donna is the secretary to leading man Harvey (Gabriel Macht) but don’t let that fool you into thinking she’s an underdog, pushed around and ignored. Donna saves the day in every situation. She’s tough, independent and hilarious. Rachel is a the love interest to other leading man Mike (Patrick Adams) but don’t let that fool you into thinking she’s just there for raunchy loves scenes. Rachel’s character comes from high up places, but she doesn’t let her family’s social status get her to where she needs to be. She’s strongly independent and doesn’t let anyone walk all over her! 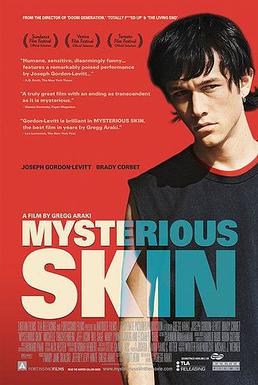 Mysterious Skin is a movie based on a book of the same name, by Scott Heim. It’s such a heartbreaker – about the path two boys take after having been sexually abused by their Little League coach.

What’s so great about this film is the fact that, even though it has an LGBTQ+ character in it, the focus isn’t on the fact that he’s gay, it’s just there as a fact. It’s nothing like “look at the gay character, he is gay, look at him being with other men. This whole film is about this man being gay. Look at the gay guy.” it’s so much more subtle than that, which I really like. It presents his sexual preferences as just a matter of life.

For a really great article on why this is a fantastic LGBTQ+ film, read this (spoilery) article.

That’s all for now ladies and gents. Let me know what some of your favourite diverse films are!

Have you seen any of these films? What did you think of them?