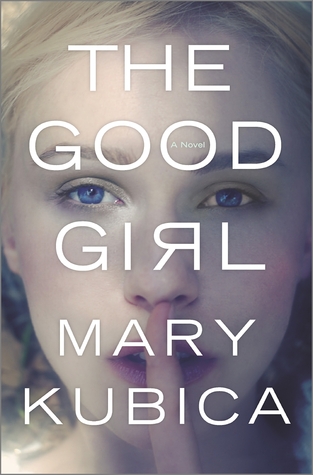 The Good Girl by Mary Kubica

Synopsis: One night, Mia Dennett enters a bar to meet her on-again, off-again boyfriend. But when he doesn’t show, she unwisely leaves with an enigmatic stranger. At first Colin Thatcher seems like a safe one-night stand. But following Colin home will turn out to be the worst mistake of Mia’s life.

When Colin decides to hide Mia in a secluded cabin in rural Minnesota instead of delivering her to his employers, Mia’s mother, Eve, and detective Gabe Hoffman will stop at nothing to find them. But no one could have predicted the emotional entanglements that eventually cause this family’s world to shatter.

Nothing about this book is drawing me in. I know Kubica is supposed to be a really good thriller writer but I have other books of hers on my shelf, so I’m going to take this one off for now. 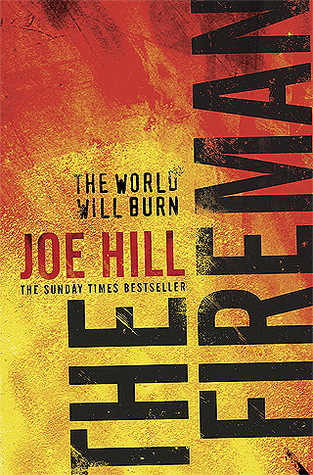 The Fireman by Joe Hill

No one knows exactly when it began or where it originated. A terrifying new plague is spreading like wildfire across the country, striking cities one by one: Boston, Detroit, Seattle. The doctors call it Draco Incendia Trychophyton. To everyone else it’s Dragonscale, a highly contagious, deadly spore that marks its hosts with beautiful black and gold marks across their bodies—before causing them to burst into flames. Millions are infected; blazes erupt everywhere. There is no antidote. No one is safe.

Harper Grayson, a compassionate, dedicated nurse as pragmatic as Mary Poppins, treated hundreds of infected patients before her hospital burned to the ground. Now she’s discovered the telltale gold-flecked marks on her skin. When the outbreak first began, she and her husband, Jakob, had made a pact: they would take matters into their own hands if they became infected. To Jakob’s dismay, Harper wants to live—at least until the fetus she is carrying comes to term. At the hospital, she witnessed infected mothers give birth to healthy babies and believes hers will be fine too. . . if she can live long enough to deliver the child.

Convinced that his do-gooding wife has made him sick, Jakob becomes unhinged, and eventually abandons her as their placid New England community collapses in terror. The chaos gives rise to ruthless Cremation Squads—armed, self-appointed posses roaming the streets and woods to exterminate those who they believe carry the spore. But Harper isn’t as alone as she fears: a mysterious and compelling stranger she briefly met at the hospital, a man in a dirty yellow fire fighter’s jacket, carrying a hooked iron bar, straddles the abyss between insanity and death. Known as The Fireman, he strolls the ruins of New Hampshire, a madman afflicted with Dragonscale who has learned to control the fire within himself, using it as a shield to protect the hunted . . . and as a weapon to avenge the wronged.

In the desperate season to come, as the world burns out of control, Harper must learn the Fireman’s secrets before her life—and that of her unborn child—goes up in smoke.

UGGGHHHH I hate long synopses like this!!! That being said, I really, really want to read this one, so it’s definitely staying on my list! 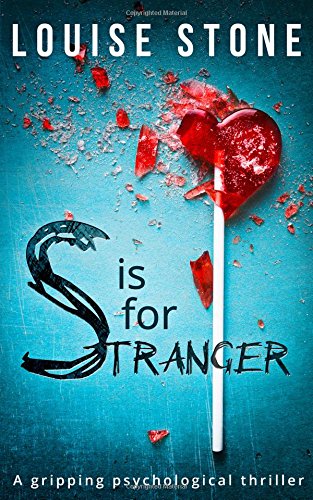 S is for Stranger by Louise Stone

Synopsis: There are two sides to every story.

But only one is true.

Sophie wished she’d paid more attention when her little daughter, Amy, caught sight of a stranger watching them. She only looked away for a second. But now Amy’s gone.

No one trusts an alcoholic. Even a sober one. The police are suspicious of Sophie’s tangled story and so is her ex-husband, Paul. Especially when new information emerges that changes everything.

But what if Sophie is telling the truth? What if her daughter really is missing? And what if that stranger at the fairground wasn’t really a stranger at all…

All the bad ratings have put me off reading this one.. not to mention someone asked a questions on the Goodreads page that was a spoiler, but didn’t mark it as a spoiler 🙃 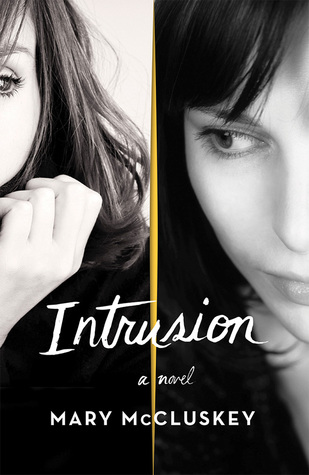 Synopsis: Kat and Scott Hamilton are dealing with the hardest of losses: the death of their only child. While Scott throws himself back into his law practice in Los Angeles, Kat is hesitant to rejoin the workplace and instead spends her days shell-shocked and confused, unable to focus.

When an unwelcome face from Kat’s past in England emerges—the beautiful and imposing Sarah Cherrington—Kat’s marriage is thrown into a tailspin. Now wealthy beyond anything she could have imagined as a girl, Sarah appears to have everything she could need or want. But Sarah has an agenda and she wants one more thing. Soon Kat and Scott are caught up in her devious games and power plays.

This sounds awful for my tastes. Nu-uh. 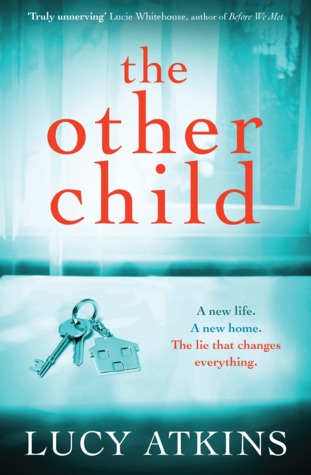 The Other Child by Lucy Atkins

Synopsis: Sometimes a lie seems kinder than the truth . . . but what happens when that lie destroys everything you love?

When Tess is sent to photograph Greg, a high profile paediatric heart surgeon, she sees something troubled in his face, and feels instantly drawn to him. Their relationship quickly deepens, but then Tess, single mother to nine-year-old Joe, falls pregnant, and Greg is offered the job of a lifetime back in his hometown of Boston. Before she knows it, Tess is married, and relocating to the States. But life in an affluent American suburb proves anything but straightforward.

Unsettling things keep happening in the large rented house, Joe is distressed, the next-door neighbours are in crisis, and Tess is sure that someone is watching her. Greg’s work is all-consuming and, as the baby’s birth looms, he grows more and more unreachable. Something is very wrong, Tess knows it, and then she makes a jaw-dropping discovery.

Another thriller that sounds just like all the others, apart from the fact this one has really mediocre reviews. 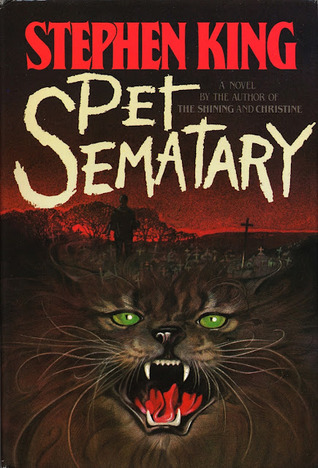 Synopsis: When Louis Creed & his family move from Chicago into a beautiful old house in rural Maine, it all seems too good to be true: physician father, beautiful wife, charming little daughter, adorable infant son–and now an idyllic home. As a family, they’ve got it all…right down to the friendly cat.

The road in front of their home frequently claims the lives of neighborhood pets. Near their house, local children have created a cemetery for the dogs & cats killed by the steady stream of transports on the busy highway. Deeper in the woods lies another graveyard, an ancient Indian burial ground whose sinister properties Louis discovers when the family cat is killed.

Honestly, I kind of loved the film version of this, so I definitely want to read the book as I know it will be far less OTT and more creepy. 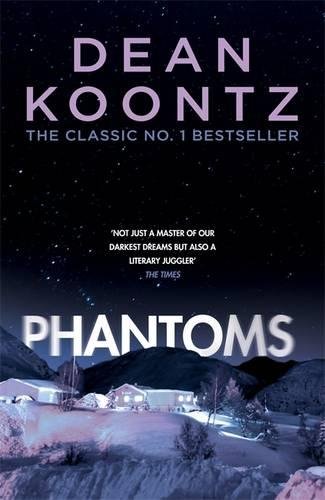 Synopsis: CLOSER…
They found the town silent, apparently abandoned. Then they found the first body strangely swollen and still warm. One hundred fifty were dead, 350 missing. But the terror had only begun in the tiny mountain town of Snowfield, California.

AND CLOSER…
At first they thought it was the work of a maniac. Or terrorists. Or toxic contamination. Or a bizarre new disease.

AND CLOSER…
But then they found the truth. And they saw it in the flesh. And it was worse than anything any of them had ever imagined…

Considering I’m such a huge lover of the horror genre, I really should get round to reading a Koontz book soon! This one sounds like it could be eerie as hell… BUT, I have another of his novels on my TBR that I’ve just purchased for £1.96!! So I’m going to remove this one… for now. 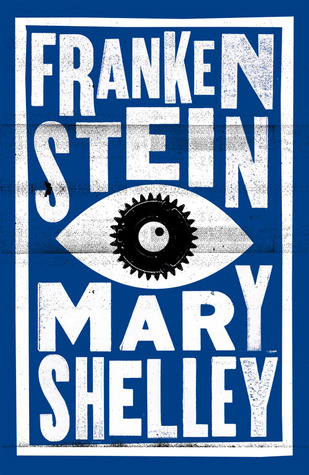 Synopsis: Obsessed with the idea of creating life itself, Victor Frankenstein plunders graveyards for the material with which to fashion a new being, shocking his creation to life with electricity. But this botched creature, rejected by its creator and denied human companionship, sets out to destroy Frankenstein and all that he holds dear. Mary Shelley’s chilling gothic tale was conceived when she was only eighteen, living with her lover Percy Shelley near Lord Byron’s villa on Lake Geneva. It would become the world’s most famous work of Gothic horror, and Frankenstein’s monster an instantly-recognisable symbol of the limits of human creativity.

I really want to read all the hold horror classics, this one included! 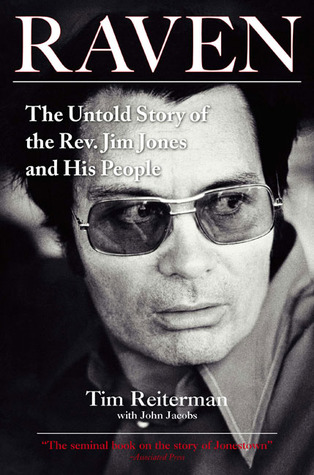 Raven: The Untold Story of the Rev. Jim Jones and His People

Synopsis: For the first time in paperback, Tim Reiterman’s Raven provides the definitive history of the Rev. Jim Jones, the Peoples Temple, and the murderous ordeal at Jonestown three decades ago. This PEN Award–winning work explores the ideals-gone-wrong, the intrigue, and the grim realities behind the Peoples Temple and its implosion in the jungle of South America. Reiterman’s reportage clarifies enduring misperceptions of the character and motives of Jim Jones, the reasons why people followed him, and the important truth that many of those who perished at Jonestown were victims of mass murder rather than suicide.

I have a fascination with Jim Jones and People’s Temple. It’s such a massive & baffling tragedy from the last 50 years and I continually want to learn more about it. I have another Jim Jones book on my TBR that I got for free on Netgalley, so I’m going to remove this one for now. If the other book leaves me wanting, I’ll add it back on. 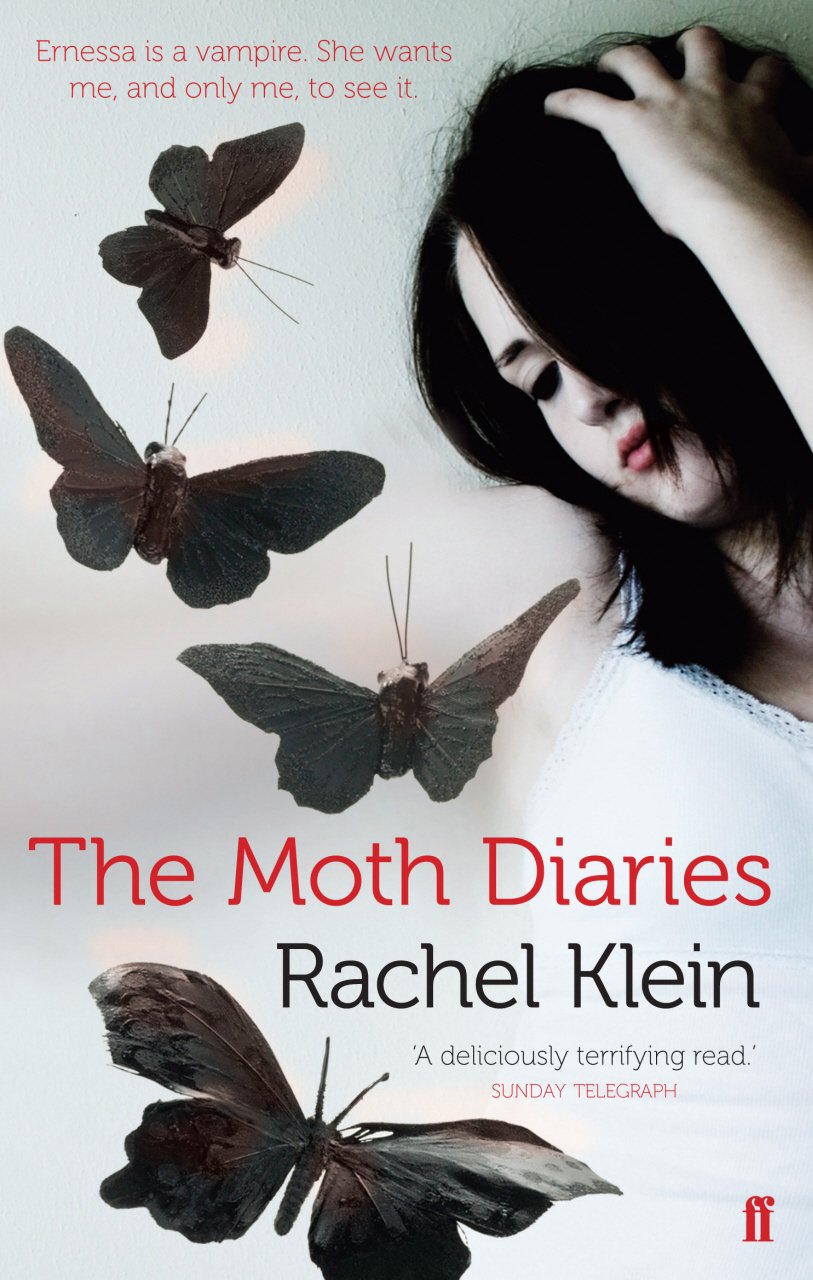 The Moth Diaries by Rachel Klein

Synopsis: At an exclusive girls’ boarding school, a sixteen-year-old girl records her most intimate thoughts in a diary. The object of her obsession is her room-mate, Lucy Blake, and Lucy’s friendship with their new and disturbing classmate. Ernessa is a mysterious presence with pale skin and hypnotic eyes. Around her swirl dark secrets and a series of ominous disasters. As fear spreads through the school, fantasy and reality mingle into a waking nightmare of gothic menace, fuelled by the lusts and fears of adolescence.

And at the centre of the diary is the question that haunts all who read it: Is Ernessa really a vampire? Or is the narrator trapped in her own fevered imagination?

LOL this book looks like my worst nightmare. What is with that tacky cover? And why the hell is synopsis trying to be all mysterious about whether Ernessa is a vampire when the book tagline CLEARLY states that she is… I mean maybe that’s a ploy, but if it is, it’s stupid.

Oh hell yeah, this was a great week for decluttering! Go me! 7 books down feels like a good accomplishment to me!