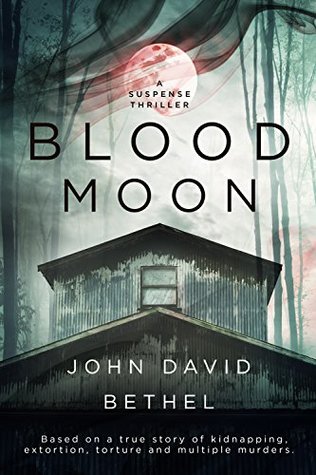 On a hot, steamy afternoon in Miami, Cuban-American businessman Recidio Suarez is brutally beaten and abducted. Handcuffed, shackled and blindfolded, he has no idea why he has been targeted. What he discovers is heart-stopping. What he endures during almost a month of captivity compares only to the most horrendous stories of prisoners of war. He is tortured, and under the threat of death, and worse – the rape of his wife and torture of his children – Suarez is forced to hand over his multi-million dollar holdings to his captors.

Suarez survives and then spends the next few months staying one step ahead of the murderous pack. During this time, he and his lawyer, Nolan Stevens – a former Special Agent in Charge of the Miami Office of the FBI – are having difficulties convincing the Miami-Dade Police Department that a crime has been committed. Their efforts are complicated by Steven’s difficult history with the head of the MDPD Special Investigations Division, who is not interested in pursuing the case.

For some reason, when I began reading this book I had a feeling that I wasn’t going to like it. I’m not sure why that was the case as when the author came to me to ask if I’d like to read & review it I really liked the sound of it… but starting it was slow for me. It turns out that my initial feelings towards the book were totally misplaced as I ended up having a great time reading this.

If you’ve seen the film Pain & Gain with Mark Wahlberg and Dwayne Johnson, you’ll already know the story to this one, as it’s based on the same true crime tale. This book, however, is a much more serious retelling over the comedic movie that, was taken by the victim/survivor as pretty offensive.

This book is dark and doesn’t hold back on the gory details! Some of the descriptions of rotting and shredded skin are really nauseating, so if your stomach is weak to those kinds of things, I wouldn’t recommended picking this book up.

The first half of this book is far more the gory and intense part of the novel (plus the part best representing the real crime) and the second part is much more of a heart racing thrill ride as to whether the killers will catch up with Suarez or not.

This is a really interesting and intense read. If you’re into crime thrillers with no mystery, just crime-thrills-crime, then you would really enjoy this book! It’s fast paced and the fact that is based upon a true story, makes it all the more interesting.

Thanks to John David Bethel for giving me the opportunity to read this in exchange for an honest review.