When someone tells me that they don’t cry over books, I can’t fathom it. I’m an extremely emotional person and find myself sobbing at books all too often.

Here I list some of the books I’ve had a good, long cry to.

Warning: spoilers ahead for All the Ugly and Wonderful Things, The Miniaturist, The Trees & Watching Edie. 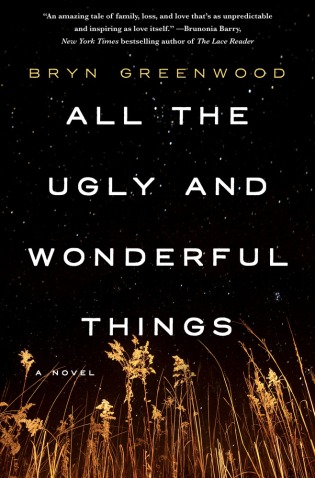 All the Ugly and Wonderful Things by Bryn Greenwood

This book has really stirred up some controversy in the book world. You’re either in the “I love it” team or the “I hate it” team, I rarely see people who just felt “meh” about it. I, personally, am in the “love it” team.

This book is all about a relationship between an 8 year old, Wavy, and a 24 year old, Kellen, and let’s just get this out of the way first – yes, this is a love story and it’s uncomfortable to read. No this isn’t about condoning paedophilic relationships. No, nothing sexual happens while the girl is underage.

This book is shocking and heart breaking and I fell in love with it from the very first page and haven’t stopped loving it since. It’s a weird one to love as much as I do, but something about the vulnerability of both Kellen and Wavy made me fall into their stories head first and I always wanted what was best for them.

The reason this one made me cry was because of the heart wrenching split of Kellen & Wavy, when Wavy’s family take her away and banish her from seeing Kellen anymore, because they think he’s a paedophile. Kellen gets into a relationship with another woman in these years apart and nearer the end has to make his decision on which woman he should be with. The mental torment Kellen has to go through when deciding if being in a normal relationship is the better decision, over being with a girl he’s loved since she was 8 (by this time in the book, she’s well over age), really tore me apart and I was hoping, praying, that he chose to be with Wavy.

In the end, he does choose her, and by this point I was sobbing tears of joy & sorrow all at the same time.

This book really messed with my head because in one way I can’t work out what it is that makes me so accepting of the relationship Kellen & Wavy have, and then on the other hand, it seems like a no brainer that they should be with one another and their love for each other was right all along. All I do know, is that this book made me weep, like it was my own relationship I was having problems with, like it was my own heartbreak. 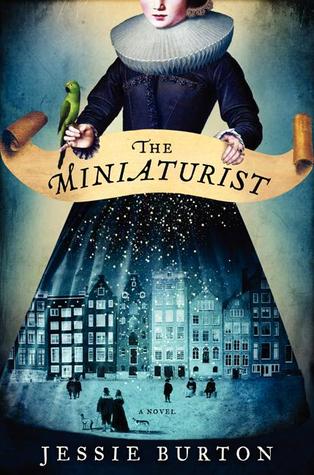 The Miniaturist by Jessie Burton

If you’ve been here following me for a while now, you will know my feelings about this book. This is a historical novel about a woman who goes to live with her new and elusive husband in his fancy estate, along with his sister and their servants. There is a whole plot line to do with a miniature version of the house that’s presented to her as a wedding gift, and it’s strange connections to the house, but really, it’s more a character study than anything else. The Miniaturist part of the story really takes a back seat for me… in the end I didn’t even care about it.

When Nella meets her new husband Johannes, she is surprised to find he isn’t interested in her in the way a husband and wife are meant to be interested in each other. As the story progresses, we find out that Johannes is actually gay and the reason he’s married, is to try and hide this fact. Bearing in mind this books is set in the 17th Century, being gay wasn’t at all acceptable and was punishable by death, so it’s not a surprise that he wants to keep it a secret.

As all of this is going on, Nella has to come to terms with this discovery and as the story grows, so does Nella’s mind. She takes a huge mental journey in this book and I think it’s pretty amazing. There is also a second plot line all around Johanne’s pregnant sister and a black servant who are in love.

This whole book is a mess of emotions and I will honestly say (#no shame) that I was sobbing, gasping for air by the end of this book and I probably continued to cry for an hour after I’d finished the last page. Maybe I was in a very particular mood to make me so upset about this, but I was and I’m afraid to ever try to reread this one incase I completely break apart inside. 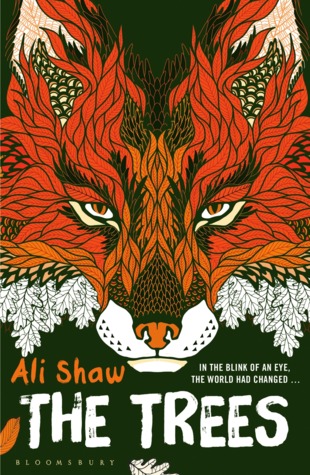 The Trees by Ali Shaw

This is a bit of an odd one, to be honest, because I didn’t love this book. In the end, I gave this one a 3 star rating, even though it did manage to bring out so many emotions in me.

In this book, trees take over the Earth. One night they shoot up from the ground and never disappear again. They are
large and ominous and they bring with them some strange whispers. In this book we follow Adrien on a journey to find his wife. Before the trees came, Adrien was sulking at home while his wife was on a company trip in Ireland, with her suave and good-looking colleague.

Now that sounds like a cliche, but it doesn’t really end out the way you would think. Adrien finds his wife and she’s moved on, she doesn’t love him anymore, and even though I wasn’t that invested in their relationship, something about the scene where they meet really broke me up and I caught myself with a few silent tears falling down my cheeks.

This isn’t the end of the novel, though, there is a lot more to come, but that’s where I found myself crying and upset. I still think it’s really strange that this one got to me in that way, but it did. 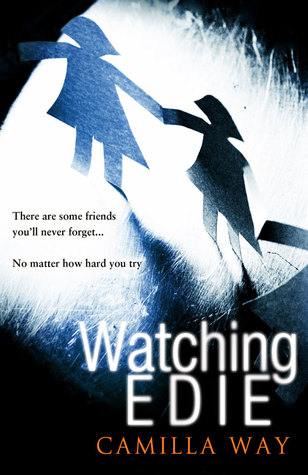 I was expecting this one to be another throwaway thriller like most other books I read, but this one is dark, deep and distressing.

This is the tale of a fractured friendship between two young ladies from broken families. Edie is popular and beautiful, Heather is awkward and shy. To begin with they seem to be the best of friends, but one night, something terrible happens that tears them apart. Fast forward 17 or so years and Edie is alone, working as a waitress and struggling to cope with new motherhood. Luckily, Heather steps out of Edie’s past and into her present, just at the right time to keep Edie afloat. But, something’s not right, there’s a darkness in their past that can’t be overlooked in the future.

What appears to be a psycho old friend coming to ruin Edie’s life because of silly teenage girl grudges turns out to be something much, much worse. In the big shock ending, we find out that Edie coaxed Heather into meeting her with her boyfriend’s group of friends, who proceed to rape her, while Edie watches on and does nothing to save her.

After disliking Heather for the entire novel, because I thought her character was being petty, I was so shocked to find out the reason for her presence in Edie’s life that I completely broke down. I felt awful for the opinions I had made on her! Way really turns the good guy, bad guy bit on its head and you suddenly feel so terrible for how quick you are to judge.

This is definitely a thriller to remember.

So, there we have it, I’ve completely opened myself up in this post, I hope I didn’t make any of you feel too uncomfortable!

I’ve cried at plenty of other books, but these ones stuck out in my mind as ones that really shook me. What books have you read that have made you cry like a baby?

23 Replies to “Books that have made me cry”