I went from such a great week to such a terrible one!! Oops!! 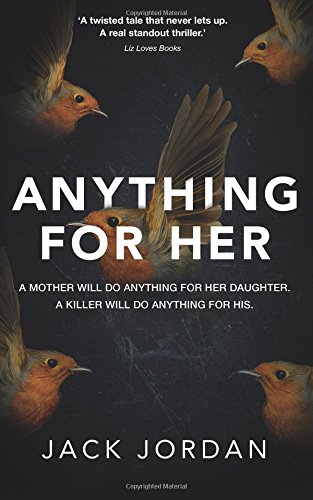 Anything for Her by Jack Jordan

Synopsis: Sometimes the past comes back to haunt you.

Louise Leighton’s life has fallen apart, all because of one fateful night. Her husband is an adulterer, her sister is his mistress, and soon, Louise will lose everything she owns. But she never imagined she would lose her daughter.

Eighteen-year-old Brooke Leighton is missing. It’s up to Louise and the Metropolitan Police to find her. Has Brooke run away? Or has she been taken against her will? And can Louise aid the investigation without mentioning the night where all of her troubles began?

If she mentions that night, she will incriminate her daughter for heinous crimes. But if she doesn’t, she may never find Brooke; and if she has been abducted, the person who took her may come for Louise, too.

Sometimes the past comes back to kill you.

I have read Jack Jordan’s other book, My Girl, which was good right up until the twist and then things got a little bizarre and silly. This one has the better ratings of the two, so I’m hoping I’ll enjoy it more. I am going to keep it because I liked Jordan’s style of writing. 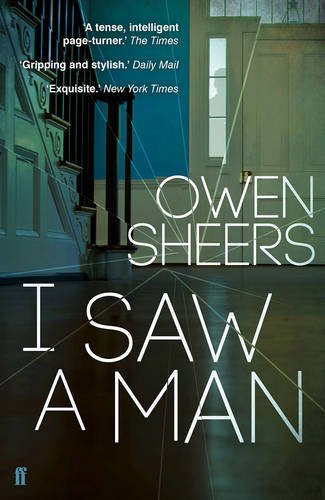 Synopsis: The event that changed all of their lives happened on a Saturday afternoon in June, just minutes after Michael Turner – thinking the Nelsons’ house was empty – stepped through their back door.

After the sudden loss of his wife, Michael Turner moves to London and quickly develops a close friendship with the Nelson family next door. Josh, Samantha and their two young daughters seem to represent everything Michael fears he may now never have: intimacy, children, stability and a family home. Despite this, the new friendship at first seems to offer the prospect of healing, but then a catastrophic event changes everything. Michael is left bearing a burden of grief and a secret he must keep, but the truth can only be kept at bay for so long.

Honestly, reading this synopsis, I’m not blown away, but I bought this book way back in June 1026 (yes, I still haven’t read it) so it’s staying. 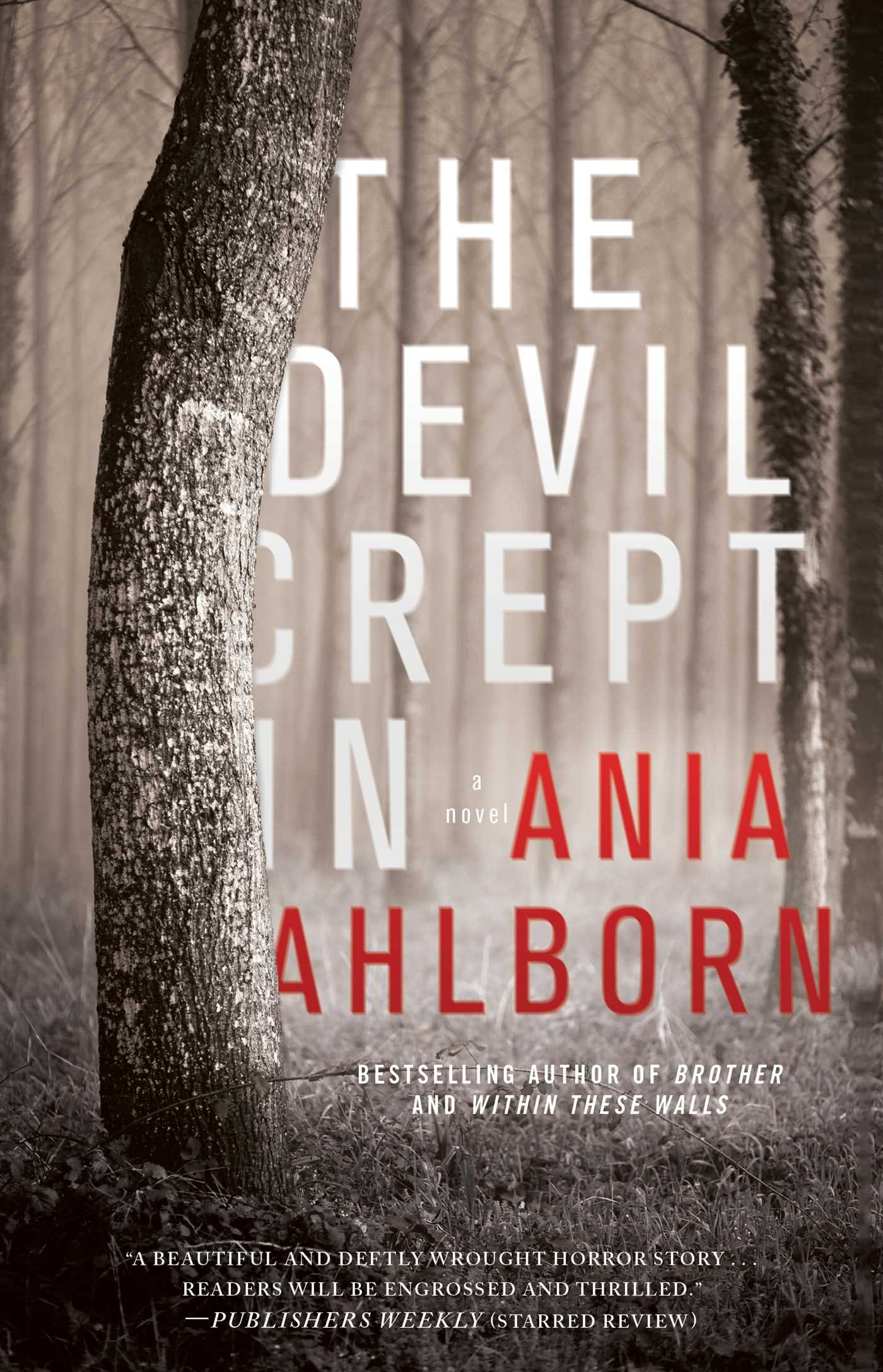 The Devil Crept In by Ania Ahlborn

Synopsis: Young Jude Brighton has been missing for three days, and while the search for him is in full swing in the small town of Deer Valley, Oregon, the locals are starting to lose hope. They’re well aware that the first forty-eight hours are critical and after that, the odds usually point to a worst-case scenario. And despite Stevie Clark’s youth, he knows that, too; he’s seen the cop shows. He knows what each ticking moment may mean for Jude, his cousin and best friend.

That, and there was that boy, Max Larsen…the one from years ago, found dead after also disappearing under mysterious circumstances. And then there were the animals: pets gone missing out of yards. For years, the residents of Deer Valley have murmured about these unsolved crimes…and that a killer may still be lurking around their quiet town. Now, fear is reborn—and for Stevie, who is determined to find out what really happened to Jude, the awful truth may be too horrifying to imagine.

I’ve read a few of Ahlborn books already. Seed, which I loved, The Pretty Ones, which I also loved, and The Bird Eater, which I DNF’d close to the end, so I’m not sure what to do with this one. Sam from Clues & Reviews loved this, which is making me think I should keep it, but with so many books on my TBR, can I really afford to keep books I’m not sure about? 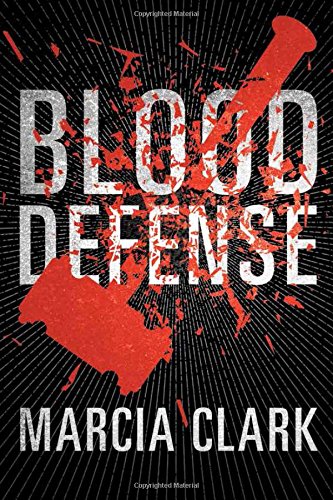 Synopsis: Samantha Brinkman, an ambitious, hard-charging Los Angeles criminal defense attorney, is struggling to make a name for herself and to drag her fledgling practice into the big leagues. Sam lands a high-profile double-murder case in which one of the victims is a beloved TV star—and the defendant is a decorated veteran LAPD detective. It promises to be exactly the kind of media sensation that would establish her as a heavy hitter in the world of criminal law.

Though Sam has doubts about his innocence, she and her two associates (her closest childhood friend and a brilliant ex-con) take the case. Notorious for living by her own rules—and fearlessly breaking everyone else’s—Samantha pulls out all the stops in her quest to uncover evidence that will clear the detective. But when a shocking secret at the core of the case shatters her personal world, Sam realizes that not only has her client been playing her, he might be one of the most dangerous sociopaths she’s ever encountered.

When I first found out about Kindle First I went a little mad and made sure to buy a book every month, even when I didn’t necessarily think I wanted the book… this is one of those. I was swayed to get this because Marcia Clark was the trial prosecutor on the infamous O. J. Simpson case, so you can expect this to be good crime writing! While I’m not mad about the sound of this book, I’m kind of still interested in it, plus I already have it… so… 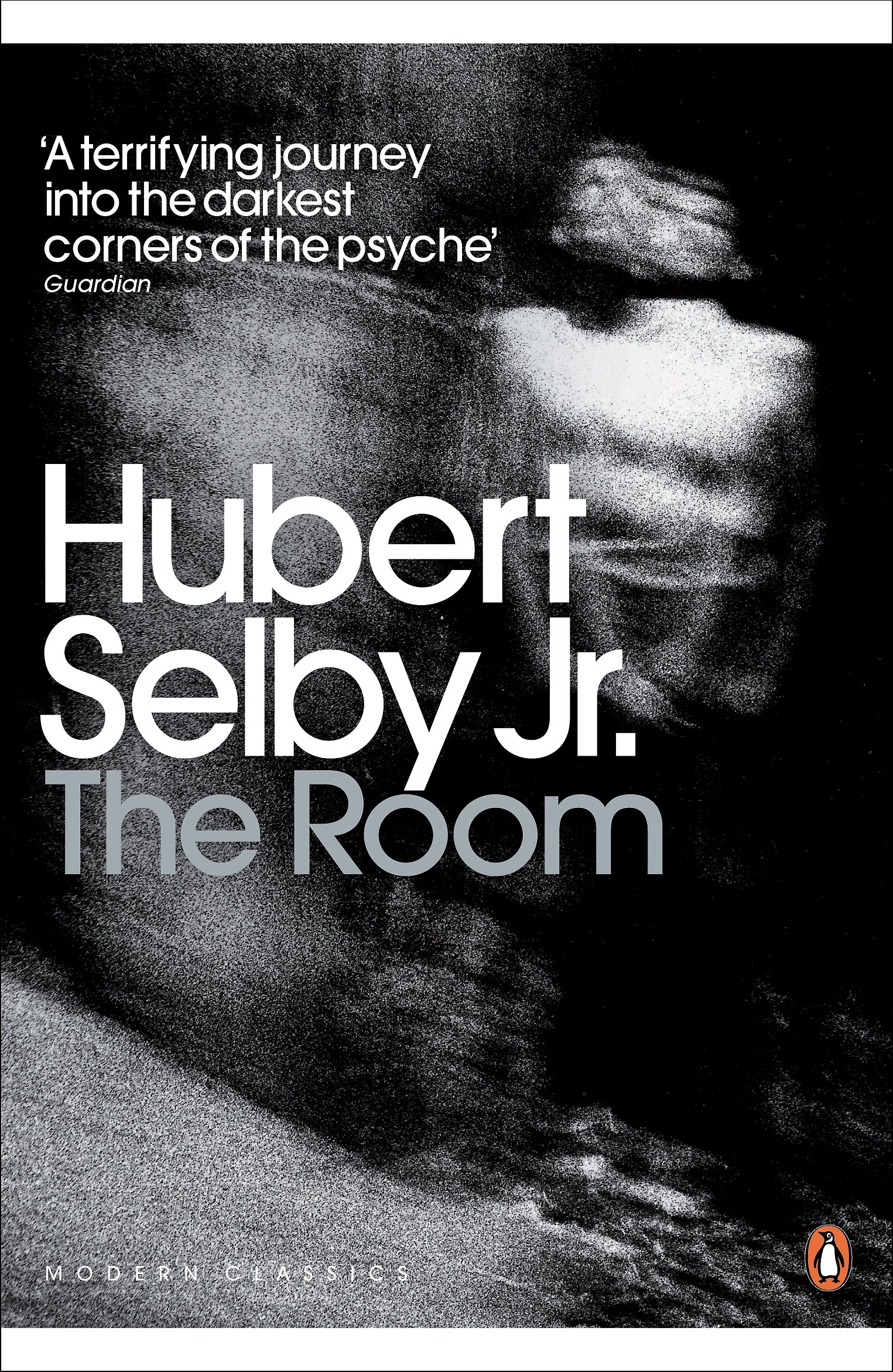 The Room by Hubert Selby Jr.

Synopsis: Secluded in his remand cell, a small-time criminal surrenders himself to sadistic fantasies of hatred and revenge. Selby’s second novel is a claustrophobic descent into the tormented soul of a man trapped in a loveless society.

Selby had a pretty messy life and thanks to this, his literature is dark and grotesque. I read his novel, The Demon, which I found really hard to get though but really enjoyed it nonetheless. This one, for me, sounds more like my kind of thing than The Demon was so it’s staying! 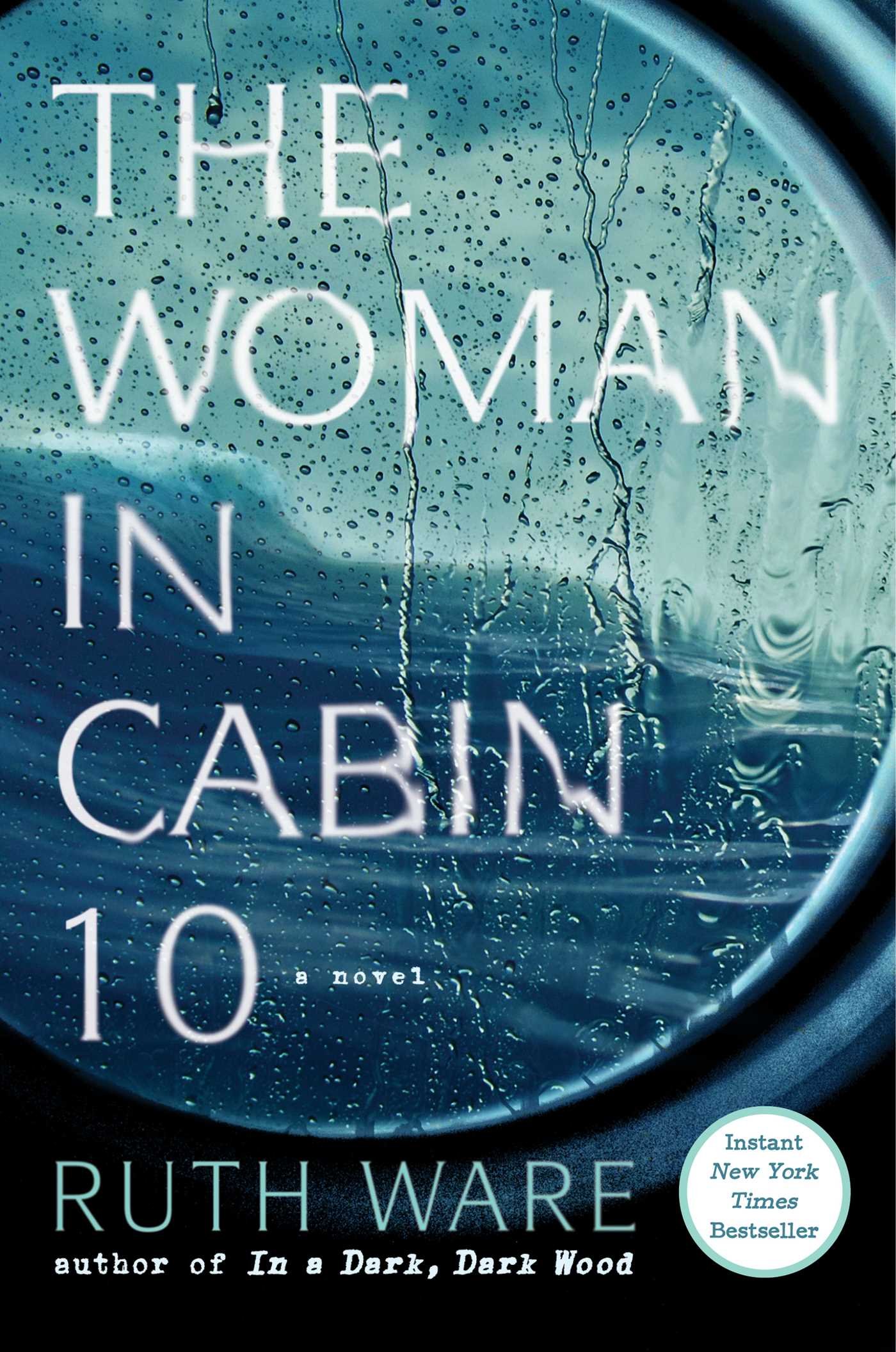 The Woman in Cabin 10 by Ruth Ware

Synopsis: In this tightly wound story, Lo Blacklock, a journalist who writes for a travel magazine, has just been given the assignment of a lifetime: a week on a luxury cruise with only a handful of cabins. At first, Lo’s stay is nothing but pleasant: the cabins are plush, the dinner parties are sparkling, and the guests are elegant. But as the week wears on, frigid winds whip the deck, gray skies fall, and Lo witnesses what she can only describe as a nightmare: a woman being thrown overboard. The problem? All passengers remain accounted for—and so, the ship sails on as if nothing has happened, despite Lo’s desperate attempts to convey that something (or someone) has gone terribly, terribly wrong…

I’m. So. Conflicted. I hated Ware’s debut In a Dark, Dark Wood, because it was so cliche and predictable but the plot for this one sounds soooo much better than her other one, and even though it has a pretty similar overall rating, I’m still so interested by it! I feel like this is another Hollie Overton situation – I read one shitty book, but I should try at least one more of the author’s work before I make a judgement. 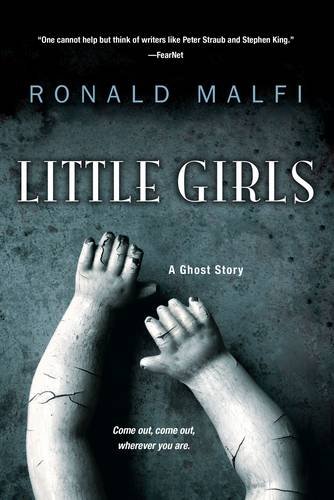 Synopsis: When Laurie was a little girl, she was forbidden to enter the room at the top of the stairs. It was one of many rules imposed by her cold, distant father. Now, in a final act of desperation, her father has exorcised his demons. But when Laurie returns to claim the estate with her husband and ten-year-old daughter, it’s as if the past refuses to die. She feels it lurking in the broken moldings, sees it staring from an empty picture frame, hears it laughing in the moldy greenhouse deep in the woods…

At first, Laurie thinks she’s imagining things. But when she meets her daughter’s new playmate, Abigail, she can’t help but notice her uncanny resemblance to another little girl who used to live next door. Who died next door. With each passing day, Laurie’s uneasiness grows stronger, her thoughts more disturbing. Like her father, is she slowly losing her mind? Or is something truly unspeakable happening to those sweet little girls?

I have read another of Malfi’s book, which I enjoyed, hence why I added this to my list. This one’s plot sounds way more my type than the other novel I read, yest I still loved that, so I’m hoping to super love this! 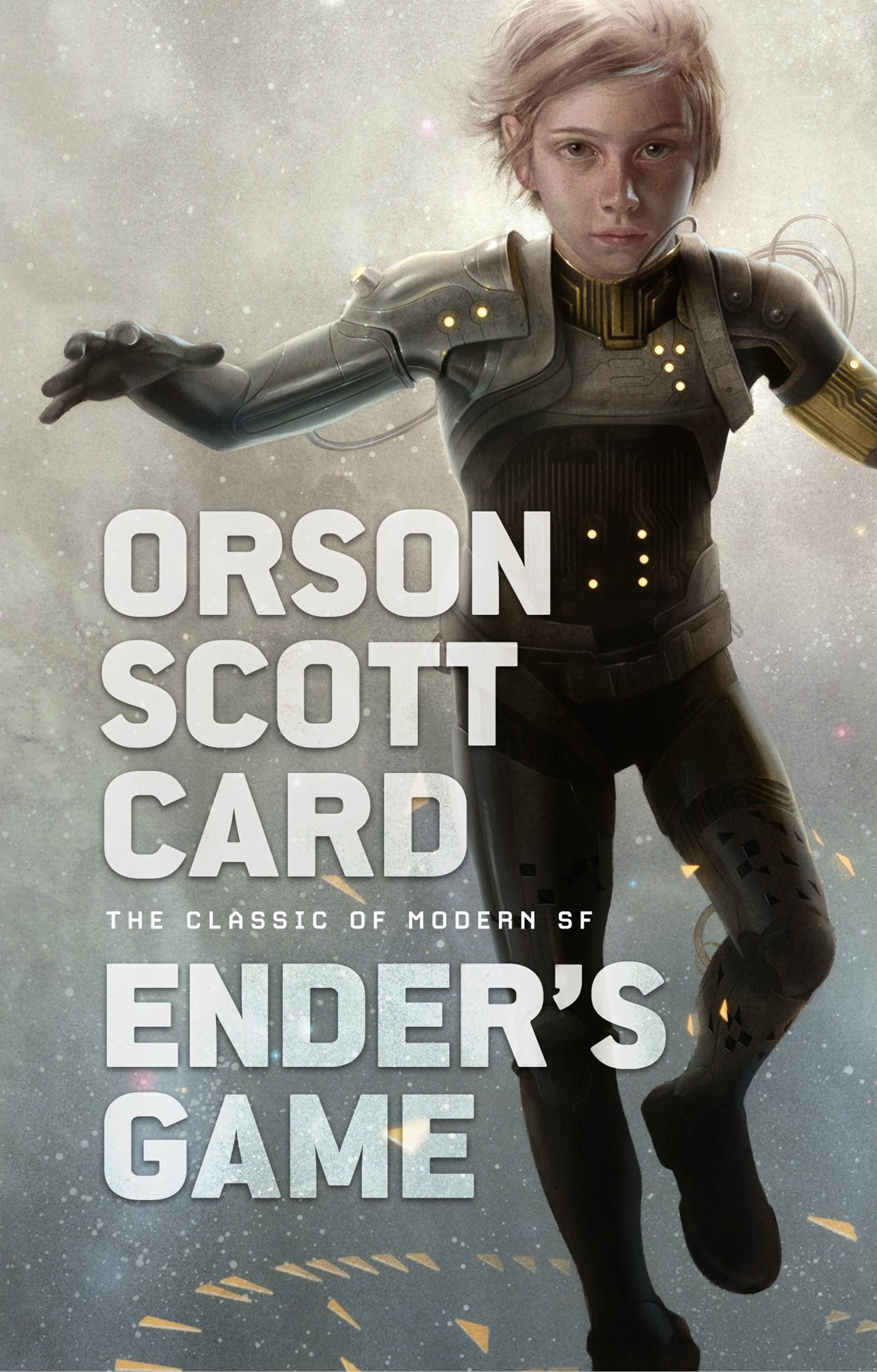 Synopsis: Andrew “Ender” Wiggin thinks he is playing computer simulated war games; he is, in fact, engaged in something far more desperate. The result of genetic experimentation, Ender may be the military genius Earth desperately needs in a war against an alien enemy seeking to destroy all human life. The only way to find out is to throw Ender into ever harsher training, to chip away and find the diamond inside, or destroy him utterly. Ender Wiggin is six years old when it begins. He will grow up fast.

But Ender is not the only result of the experiment. The war with the Buggers has been raging for a hundred years, and the quest for the perfect general has been underway almost as long. Ender’s two older siblings, Peter and Valentine, are every bit as unusual as he is, but in very different ways. While Peter was too uncontrollably violent, Valentine very nearly lacks the capability for violence altogether. Neither was found suitable for the military’s purpose. But they are driven by their jealousy of Ender, and by their inbred drive for power. Peter seeks to control the political process, to become a ruler. Valentine’s abilities turn more toward the subtle control of the beliefs of commoner and elite alike, through powerfully convincing essays. Hiding their youth and identities behind the anonymity of the computer networks, these two begin working together to shape the destiny of Earth-an Earth that has no future at all if their brother Ender fails.

This is such a popular book, it feels like one of the ones I have to read at some point (or attempt to read!) 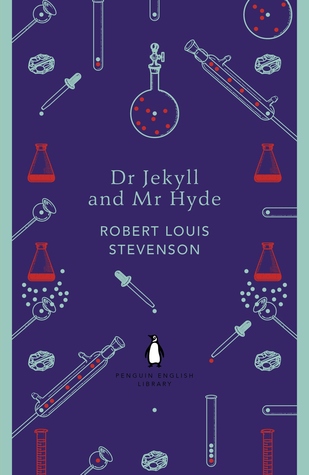 Synopsis: Published as a shilling shocker, Robert Louis Stevenson’s dark psychological fantasy gave birth to the idea of the split personality. The story of respectable Dr Jekyll’s strange association with damnable young man Edward Hyde; the hunt through fog-bound London for a killer; and the final revelation of Hyde’s true identity is a chilling exploration of humanity’s basest capacity for evil.

Um, yes, of course I want to read this book. I even have this lovely cover version of it at home! 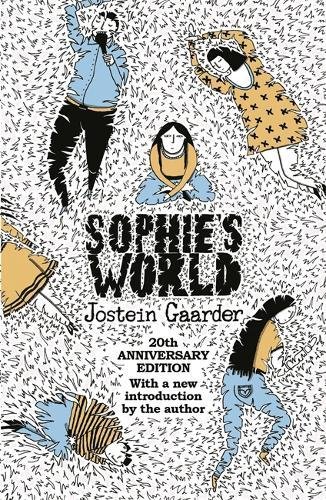 Synopsis: When 14-year-old Sophie encounters a mysterious mentor who introduces her to philosophy, mysteries deepen in her own life. Why does she keep getting postcards addressed to another girl? Who is the other girl? And who, for that matter, is Sophie herself? To solve the riddle, she uses her new knowledge of philosophy, but the truth is far stranger than she could have imagined.

This is one of my mum’s favourite books (you’ll find out 9 more on Tuesday!) and she’s been recommending it forever, so yes, I will read this one eventually.

UGH, only 1 removed this week. What a hot mess.