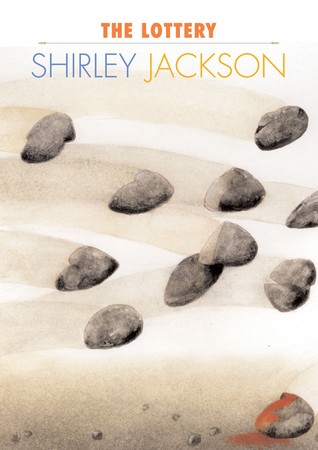 Shirley Jackson’s “The Lottery” is a memorable and terrifying masterpiece, fueled by a tension that creeps up on you slowly without any clear indication of why. This is just a townful of people, after all, choosing their numbers for the annual lottery. What’s there to be scared of?

Jackson is the queen of turning normal people’s lives into a horror show. This short story is dark, disturbing and chilling.

Written and published just after WWII, this clearly sends out as message to all those involved in the Holocaust. Just because something is being done by the masses, and has become a sort of tradition, doesn’t mean its moral and right. This message translates to today’s times too. As another reviewer perfectly put it, “there is value in tradition but beware blind faith”.

This in no way surprised me, it’s not that I’ve seen spoilers for it, I just happened to get it very early on, but that doesn’t take away the effect of the horrific ending.

5 Replies to “Mini-review: The Lottery by Shirley Jackson”