Remember Me This Way by Sabine Durrant

Synopsis: Everyone keeps telling me I have to move on. And so here I am, walking down the road where he died, trying to remember him the right way.

A year after her husband Zach’s death, Lizzie goes to lay flowers where his fatal accident took place.

As she makes her way along the motorway, she thinks about their life together. She wonders whether she has changed since Zach died. She wonders if she will ever feel whole again.

At last she reaches the spot. And there, tied to a tree, is a bunch of lilies. The flowers are addressed to her husband. Someone has been there before her.

Lizzie loved Zach. She really did.

But she’s starting to realise she didn’t really know him.

Or what he was capable of…

I have a horrible feeling this is going to be about infidelity and stuff so I hate reading that kind of plot, so I’m going to remove this one!

Lie with Me by Sabine Durrant

Synopsis: It starts with a lie. The kind we’ve all told – to a former acquaintance we can’t quite place but still, for some reason, feel the need to impress. The story of our life, embellished for the benefit of the happily married lawyer with the kids and the lovely home.

And the next thing you know, you’re having dinner at their house, and accepting an invitation to join them on holiday – swept up in their perfect life, the kind you always dreamed of…

Which turns out to be less than perfect. But by the time you’re trapped and sweating in the relentless Greek sun, burning to escape the tension all around you – by the time you start to realise that, however painful the truth might be, it’s the lies that cause the real damage…

Another book from Sabine, but with a happier ending in terms of my TBR list. I’ve seem this book everywhere and it’s swamped in praise from a million different authors and reviewers so I’m intrigued about this, as to me, the synopsis seems really… similar, to a million other books.

Synopsis: After thirty years at St Oswald’s Grammar in North Yorkshire, Latin master Roy Straitley has seen all kinds of boys come and go. Each class has its clowns, its rebels, its underdogs, its ‘Brodie’ boys who, whilst of course he doesn’t have favourites, hold a special place in an old teacher’s heart. But every so often there’s a boy who doesn’t fit the mould. A troublemaker. A boy with hidden shadows inside.

With insolvency and academic failure looming, a new broom has arrived at the venerable school, bringing Powerpoint, sharp suits and even sixth form girls to the dusty corridors. But while Straitley does his sardonic best to resist this march to the future, a shadow from his past is stirring. A boy who even twenty years on haunts his teacher’s dreams. A boy capable of bad things.

I originally added this to my TBR because of an ad in my train station. I kind of don’t like the sound of this novel but I’m interested in it nonetheless.

The Woman in White by Wilkie Collins

Synopsis: The Woman in White famously opens with Walter Hartright’s eerie encounter on a moonlit London road. Engaged as a drawing master to the beautiful Laura Fairlie, Walter becomes embroiled in the sinister intrigues of Sir Percival Glyde and his ‘charming’ friend Count Fosco, who has a taste for white mice, vanilla bonbons, and poison. Pursuing questions of identity and insanity along the paths and corridors of English country houses and the madhouse, The Woman in White is the first and most influential of the Victorian genre that combined Gothic horror with psychological realism.

I’m really excited to read this one. It’s an oldie, but I’m hoping, a goodie! You can get this free on Kindle so there’s nothing holding me back from reading it. 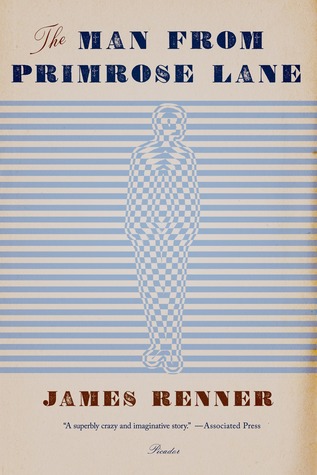 The Man from Primrose Lane by Jame Renner

Synopsis: In West Akron, there lived a reclusive elderly man who always wore mittens, even in July. He had no friends and no family; all over town, he was known only as the Man from Primrose Lane. And on a summer day in 2008, someone murdered him.

Four years later, David Neff is a broken man. The bestselling author of a true-crime book about an Ohio serial killer, Neff went into exile after his wife’s inexplicable suicide. That is, until an unexpected visit from an old friend introduces him to the strange mystery of “the man with a thousand mittens.” Soon Neff finds himself drawn back into a world he thought he had left behind forever. But the closer he gets to uncovering the true identity of the Man from Primrose Lane, the more he begins to understand the dangerous power of his own obsessions and how they may be connected to the deaths of both his beloved wife and the old hermit.

There are some really amazing reviews for this, talking about it blowing people’s minds and having no idea what they were getting themselves into. I like the name of the book and I love this cover version!

Synopsis: The narrator, Maud Ruthyn, is a 17 year old orphan left in the care of her fearful uncle, Silas. Together with his boorish son and a sinister French governess, Silas plots to kill Maud and claim her fortune.

This is another Kindle freebie and is supposed to be a superb horror classic. You know I love horror, you know it!

True Crime Addict: How I Lost Myself in the Mysterious Disappearance of Maura Murray by James Renner

Synopsis: When an eleven-year-old James Renner fell in love with Amy Mihaljevic, the missing girl seen on posters all over his neighborhood, it was the beginning of a lifelong obsession with true crime. That obsession led Renner to a successful career as an investigative journalist. It also gave him post-traumatic stress disorder. In 2011, Renner began researching the strange disappearance of Maura Murray, a University of Massachusetts student who went missing after wrecking her car in rural New Hampshire in 2004. Over the course of his investigation, he uncovered numerous important and shocking new clues about what may have happened to Murray but also found himself in increasingly dangerous situations with little regard for his own well-being. As his quest to find Murray deepened, the case started taking a toll on his personal life, which began to spiral out of control. The result is an absorbing dual investigation of the complicated story of the All-American girl who went missing and Renner’s own equally complicated true-crime addiction.

Another appearance for Renner on this list. I love the sound of this non-fiction book, it sounds like a great mix between true crime and memoir. It’s also pretty highly praised on Goodreads!

Synopsis: Teo Avelar is a loner. He lives with his paraplegic mother and her dog in Rio de Janeiro, he doesn’t have many friends, and the only time he feels honest human emotion is in the presence of his medical school cadaver—that is, until he meets Clarice. She’s almost his exact opposite: exotic, spontaneous, unafraid to speak her mind. An aspiring screenwriter, she’s working on a screenplay called Perfect Days about three friends who go on a road trip across Brazil in search of romance. Teo is obsessed. He begins to stalk her, first following her to her university, then to her home, and when she ultimately rejects him, he kidnaps her and they embark upon their very own twisted odyssey across Brazil, tracing the same route outlined in her screenplay. Through it all, Teo is certain that time is all he needs to prove to Clarice that they are made for each other, that time is all he needs to make her fall in love with him. But as the journey progresses, he digs himself deeper and deeper into a pit that he can’t get out of, stopping at nothing to ensure that no one gets in the way of their life together.

I’m waiting on Janel’s review for this one before I make any decisions, so for now, this is a keep.

The Swimming Pool by Louise Candlish

Synopsis: It’s summer, and for teachers Ed and Natalie Steele this means six weeks off work with their young daughter Molly. Their lives are predictable and uncomplicated — or at least they were until they meet the Faulkners.

Suddenly, glamorous Lara Channing, a former actress leading an eccentrically lavish lifestyle, is taking Natalie under her wing and the stability of summer takes an exciting turn.

But are there hidden motives behind this new friendship? And when the end-of-summer party at the lido is cut short by a blackout, Natalie realizes that she’s been kept in the dark all along.

This sounds too similar to The People at Number 9, which I just read and I did not like! I’ve removed all of Candlish’s books from my TBR now, oops!

Synopsis: Here today. Dead tomorrow?
My best friend, Emily, is dead – killed last night in a hotel fire.
But it was meant to be me.
Now I have 24 hours to find my daughter.
Before he finds out I’m still alive.

This has a lot of 3 star reviews, from people I tend to think give very generous ratings, on my Goodreads. If they could only give it 3 stars, what would I think of it?

Another 3 book removed this week, that’s not so bad! I did add another 3 to my tbr this week too, though…