Synopsis: A remote summer camp becomes a lurid crime scene when the bodies of two teenagers are found in a bloody, real-life rendering of a classic Grimm’s fairy tale. Trapped in the wilderness, the remaining counsellors must follow a trail of dark children’s fables in order to outwit a psychopath and save the dwindling survivors before falling prey to their own gruesome endings.

Drawing on the grisly, uncensored details of history’s most famous fairy tales, Grimm Woods is a heart-pounding thriller about a deranged killer who uses traditional children’s stories as tropes in elaborate murders. Set against the backdrop of modern-day Michigan, it’s a journey through the mind of a dangerous zealot and a shocking glimpse into the bedtime stories you thought you knew.

A work glove hovered over the table where the objects were laid out side by side and began ticking the air as though marking off an invisible checklist. The chamber reeked of mildew, and the walls had no windows or electrical sockets—no lamps, no wires, no switch covers. A single red candle provided the only light, its crimson wax dripping down its shaft like blood.

The hand picked up a piece of paper from the table and slipped it into a blank envelope. Below, a beetle scuttled across the floorboards. The insect—its gangly antennae tuned to some foul frequency in the gloom—raced past the sole of a giant boot just as a drop of liquid fell through the air and struck it dead center, engulfing its body in a hot, gelatinous blob that filled its orifices and burned it from the inside out. Another droplet tumbled from the candle, plopping onto the envelope this time, and then a brass stamp came down and pressed the wax into a hardened seal.

Drawing in heavier, raspier breaths, the figure held the envelope up to a corkboard that was bolted to the wall. More than a dozen pictures of young men and women were tacked to the panel by their throats and foreheads, smiling in the shadows.

The figure pinned the envelope to the board and stepped back to take in the room again.

The table and the switchblade.

The book of matches.

Now, the figure mused, watching the photographs flicker in the bloodred light. Who’s the nicest, Who’s the worst, who wants to hear a story first? 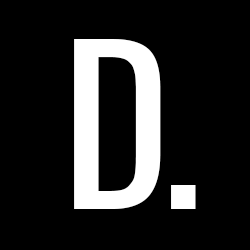 D. Melhoff was born in a prairie ghost town that few people have heard of and even fewer have visited. While most of his stories are for adults, he also enjoys terrifying younger audiences from time to time, as seen in his series of twisted picture books for children. He credits King, Poe, Hitchcock, Harris, Stoker, and his second-grade school teacher, Mrs. Lake, for turning him to horror.

Next up is Die, My Love by Ariana Harwicz ✨
Currently reading 🍋🌈⁠
Happy Hump Day friends!⁠
Book review: Comfort Me With Apples by Catherynne M. Valente⁠
Happy Sunday ✨
I recently (finally!) read & listened to Smoke Gets in Your Eyes and Other Lessons from the Crematorium by Caitlin Doughty. I'm so glad I did because it was a lot of fun whilst also being really informative and interesting. ⁠
Just a lil stack of recent bookmail! 📚⁠
I've only finally gone and started the last book on my planned TBR of the month 🥳 yay for me!⁠
An ~aesthetically pleasing~ book stack of books I want to read this year!⁠