Two months ago (to the day!) I wrote a post all about what books I have on preorder, and since posting that, I have pre-ordered a few more books, so I thought I’d do an update on my pre-order list. 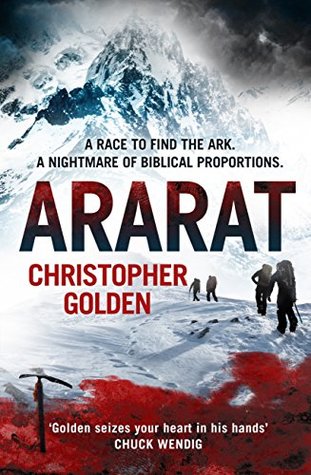 Synopsis: Meryam and Adam take risks for a living. But neither is prepared for what lies in the legendary heights of Mount Ararat, Turkey.

First to reach a massive cave revealed by an avalanche, they discover the hole in the mountain’s heart is really an ancient ship, buried in time. A relic that some fervently believe is Noah’s Ark.

Deep in its recesses stands a coffin inscribed with mysterious symbols that no one in their team of scholars, archaeologists and filmmakers can identify. Inside is a twisted, horned cadaver. Outside a storm threatens to break.

As terror begins to infiltrate their every thought, is it the raging blizzard that chases them down the mountain – or something far worse?

I love nature based horror stories and this sounds like it’s exactly that, if not with a little tribal, paranormal mixed in. I have never read Golden’s stuff before but he gets high praise so I’m looking forward to this new horror read.

Synopsis: Kyle Broder has achieved his lifelong dream and is an editor at a major publishing house. When Kyle is contacted by his favourite college professor, William Lansing, Kyle couldn’t be happier. Kyle has his mentor over for dinner to catch up and introduce him to his girlfriend, Jamie, and the three have a great time. When William mentions that he’s been writing a novel, Kyle is overjoyed. He would love to read the opus his mentor has toiled over. Until the novel turns out to be not only horribly written, but the most depraved story Kyle has read. After Kyle politely rejects the novel, William becomes obsessed, causing trouble between Kyle and Jamie, threatening Kyle’s career, and even his life. As Kyle delves into more of this psychopath’s work, it begins to resemble a cold case from his college town, when a girl went missing. William’s work is looking increasingly like a true crime confession. The Mentor is a twisty, nail-biting thriller that explores how the love of words can lead to a deadly obsession with the fate of all those connected and hanging in the balance.

I’m a little bitter about being denied this on Netgalley. I really liked the sound of it and I like the semi-trippy cover too. This is a pretty pricey book, but I’m hoping it will live up to my expectations. 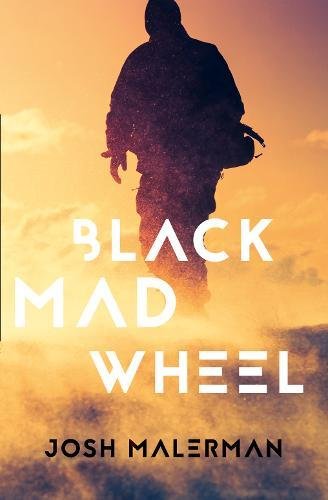 Synopsis: The Danes, the band once known as the ‘Darlings of Detroit’, are washed up and desperate to have another number one hit.

When an agent from the US Army approaches them with an unusual offer, they believe it could be the answer to their inspiration drought. So, under the guidance of their front man, Philip Tonka, the Danes decide to embark on a harrowing journey through scorching desert to track down the source of a strange and debilitating sound.

Meanwhile, in a Midwestern hospital, a nurse named Ellen tends to a patient recovering from a near-fatal accident. The circumstances that led to his injuries are mysterious, and his broken body heals at a remarkable rate. Ellen will do the impossible for this enigmatic patient as he reveals more about his accident with each passing day.

Bird Box was bloody amazing (buy it if you haven’t already!!) and I’m super hoping this new novel is going to be just a chilling, and stay with me just as long as Bird Box has! From the synopsis, this sounds seriously unique and interesting, I can’t wait! Roll on July! 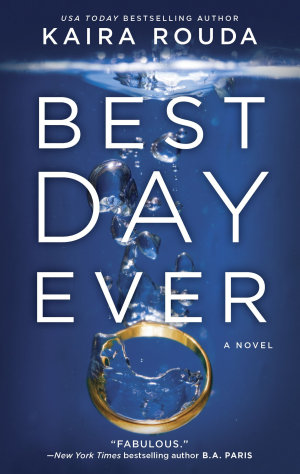 Another bitter Netgalley denial! I have ages until this one gets released, so if I start seeing average or bad reviews for it, I will just cancel the order. But, I do love the cover and I am interested my the plot, even if it does sounds pretty cliche.

What I’m still waiting on from my last pre-order post:

See What I Have Done by Sarah Schmidt – I have this on my NG shelf but I h had to keep the pre-order because the cover is cute!

The Boy on The Bridge by M. R. Carey – I can’t wait to return to Melanie’s world!

Into the Water by Paula Hawkins – I can’t even imagine the amount of pressure there is for this book to succeed! The plot sounds average but I wanted to see how Hawkins returns from her first hit novel.

The Marsh King’s Daughter by Karen Dinone – I’m really looking forward to this one. At first I wasn’t so fussed, but the more I think about it, the more I want it!

Those are the new books on my pre-order list, as well as a small look back at some of the ones I had showcased previously.

*Links to Amazon & Book Depository are affiliate. I appreciate every one of you who purchase from my affiliate links ❤*