Credit, as always, goes to the wonderful Lia @ Lost in a Story for this decluttering idea! 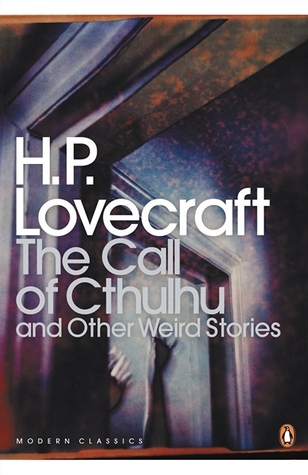 The Call of Cthulhu and Other Weird Stories by H.P. Lovecraft

Synopsis: Frequently imitated and widely influential, Howard Philips Lovecraft reinvented the horror genre in the 1920s, discarding ghosts and witches and instead envisioning mankind as a tiny outpost of dwindling sanity in a chaotic and malevolent universe. S. T. Joshi, Lovecraft’s preeminent interpreter, presents a selection of the master’s fiction, from the early tales of nightmares and madness such as “The Outsider” to the overpowering cosmic terror of “The Call of Cthulhu.” More than just a collection of terrifying tales, this volume reveals the development of Lovecraft’s mesmerizing narrative style and establishes him as a canonical- and visionary-American writer. For more than seventy years, Penguin has been the leading publisher of classic literature in the English-speaking world. With more than 1,700 titles, Penguin Classics represents a global bookshelf of the best works throughout history and across genres and disciplines.

I haven’t read much of Lovecraft’s work and I know I really should, so this one is a keeper! 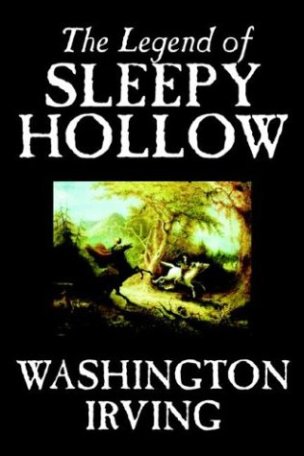 The Legend of Sleepy Hollow by Washington Irving

Synopsis: Headless horsemen were staples of Northern European storytelling, featuring in German, Irish (e.g. Dullahan), Scandinavian (e.g. the Wild Hunt) and English legends and were included in Robert Burns’s “Tam o’ Shanter” (1790), and Burger’s Der wilde Jager, translated as The Wild Huntsman (1796). Usually viewed as omens of ill-fortune for those who chose to disregard their apparitions, these specters found their victims in proud, scheming persons and characters with hubris and arrogance. The chief part of the stories, however, turned upon the favorite specter of Sleepy Hollow, the Headless Horseman, who had been heard several times of late, patrolling the country; and, it was said, tethered his horse nightly among the graves in the churchyard. The story was immediately matched by a thrice marvelous adventure of Brom Bones, who made light of the Galloping Hessian as an arrant jockey. He affirmed that on returning one night from the neighboring village of Sing Sing, he had been overtaken by this midnight trooper; that he had offered to race with him for a bowl of punch and should have won it too, for Daredevil beat the goblin horse all hollow, but just as they came to the church bridge, the Hessian bolted, and vanished in a flash of fire. All these tales, told in that drowsy undertone with which men talk in the dark, the countenances of the listeners only now and then receiving a casual gleam from the glare of a pipe, sank deep in the mind of Ichabod.

I’ve watched the film of Sleepy Hollow but, clearly, have not yet read it. I really want to though as it’s supposed to be kind of humorous yet scary. This is just one of many classics I have yet to read… sigh. 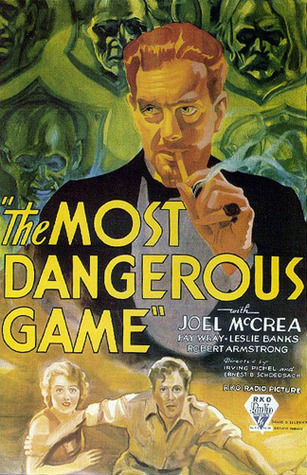 The Most Dangerous Game by Richard Connell

Synopsis: The Most Dangerous Game features a big-game hunter from New York who becomes shipwrecked on an isolated island in the Caribbean and is hunted by a Russian aristocrat.

This sounds bizarre and boring… but still bizarre enough to make me want to read it. It’s only 48 pages, I may as well give it a go! 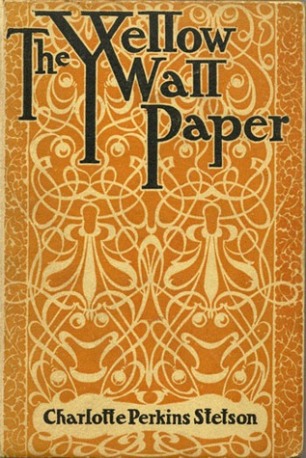 Synopsis: First published in 1892, “The Yellow Wallpaper” is written as the secret journal of a woman who, failing to relish the joys of marriage and motherhood, is sentenced to a country rest cure. Though she longs to write, her husband and doctor forbid it, prescribing instead complete passivity. In the involuntary confinement of her bedroom, the hero creates a reality of her own beyond the hypnotic pattern of the faded yellow wallpaper–a pattern that has come to symbolize her own imprisonment.

This has crazy high ratings on Goodreads and it’s FREE on Amazon, so I just downloaded it and will definitely be reading it very soon. 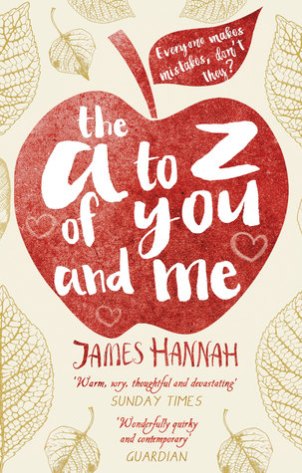 The A to Z of You and Me by James Hannah

Synopsis: I’m lying here in a bed, my head full of regret, with only a little bird flitting through a tree to comfort me. Friends want to visit, but I refuse them. So my carer, Sheila, has given me a task to keep me occupied. An A to Z list. Think of a part of my body for each letter. Tell a little tale about it. When I reach H for heart, what will I say? How we loved to string crocheted hearts in trees? How our hearts steadily unravelled?

So I begin with A. Adam’s apple. Will you be there to catch me when I fall?

Vom. Why is this even on my list? It doesn’t sound like something I’d ever want to read. 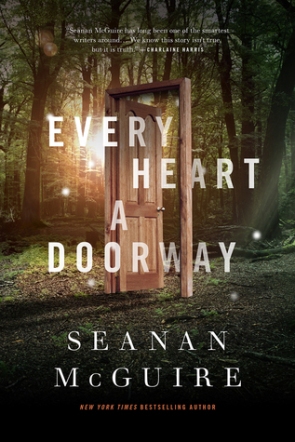 Every Heart a Doorway by Seanan McGuire

Children have always disappeared under the right conditions; slipping through the shadows under a bed or at the back of a wardrobe, tumbling down rabbit holes and into old wells, and emerging somewhere… else.

But magical lands have little need for used-up miracle children.

Nancy tumbled once, but now she’s back. The things she’s experienced… they change a person. The children under Miss West’s care understand all too well. And each of them is seeking a way back to their own fantasy world.

But Nancy’s arrival marks a change at the Home. There’s a darkness just around each corner, and when tragedy strikes, it’s up to Nancy and her new-found schoolmates to get to the heart of the matter.

No matter the cost. 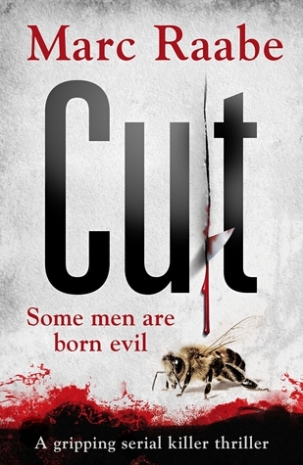 Synopsis: A boy is witness to a horrible crime. Decades later, his girlfriend is kidnapped by an insane serial killer. To save her, he must return to the events of the past. But how can he remember when forgetting was the only way to survive?

This book has some very conflicting reviews and books that are translated always worry me a little bit, but I’d like to give this a go as it’s not a very well known novel, plus it’s only 98p on Kindle. 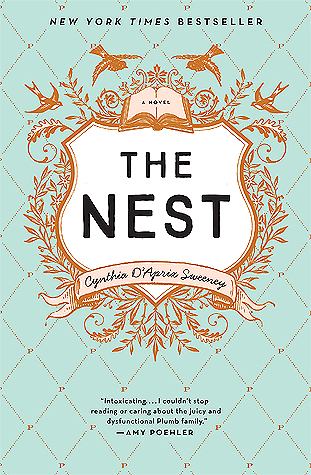 The Nest by Cynthia D’Aprix Sweeney

Synopsis: Every family has its problems. But even among the most troubled, the Plumb family stands out as spectacularly dysfunctional. Years of simmering tensions finally reach a breaking point on an unseasonably cold afternoon in New York City as Melody, Beatrice, and Jack Plumb gather to confront their charismatic and reckless older brother, Leo, freshly released from rehab. Months earlier, an inebriated Leo got behind the wheel of a car with a nineteen-year-old waitress as his passenger. The ensuing accident has endangered the Plumbs joint trust fund, “The Nest,” which they are months away from finally receiving. Meant by their deceased father to be a modest mid-life supplement, the Plumb siblings have watched The Nest’s value soar along with the stock market and have been counting on the money to solve a number of self-inflicted problems.

Melody, a wife and mother in an upscale suburb, has an unwieldy mortgage and looming college tuition for her twin teenage daughters. Jack, an antiques dealer, has secretly borrowed against the beach cottage he shares with his husband, Walker, to keep his store open. And Bea, a once-promising short-story writer, just can’t seem to finish her overdue novel. Can Leo rescue his siblings and, by extension, the people they love? Or will everyone need to reimagine the future they’ve envisioned? Brought together as never before, Leo, Melody, Jack, and Beatrice must grapple with old resentments, present-day truths, and the significant emotional and financial toll of the accident, as well as finally acknowledge the choices they have made in their own lives.

This sounds waaay to family drama for me. Sometimes I like those books, sometimes I don’t and this one sounds like it’s going to be very emotional and motivational, which isn’t something I’m into in my reading lol. 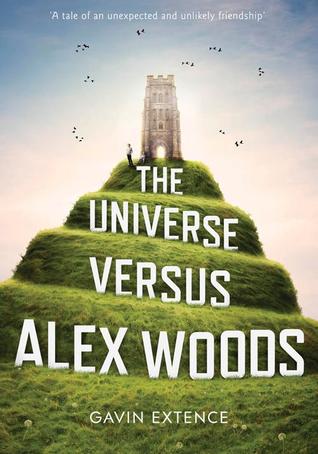 The Universe Versus Alex Woods by Gavin Extence

Synopsis: A rare meteorite struck Alex Woods when he was ten years old, leaving scars and marking him for an extraordinary future. The son of a fortune teller, bookish, and an easy target for bullies, Alex hasn’t had the easiest childhood.

But when he meets curmudgeonly widower Mr. Peterson, he finds an unlikely friend. Someone who teaches him that you only get one shot at life. That you have to make it count.

So when, aged seventeen, Alex is stopped at customs with 113 grams of marijuana, an urn full of ashes on the front seat, and an entire nation in uproar, he’s fairly sure he’s done the right thing …

This also sounds like it’s emotional and motivational but I already bought it, ages ago (I don’t know what I was thinking), so I’m going to have to keep this one. 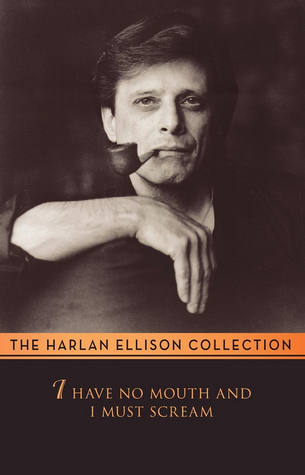 I Have No Mouth and I Must Scream by Harlan Ellison

Synopsis: First published in 1967 and re-issued in 1983, I Have No Mouth and I Must Scream contains seven stories with copyrights ranging from 1958 through 1967. This edition contains the original introduction by Theodore Sturgeon and the original foreword by Harlan Ellison, along with a brief update comment by Ellison that was added in the 1983 edition. Among Ellison’s more famous stories, two consistently noted as among his very best ever are the title story and the volume’s concluding one, “Pretty Maggie Moneyeyes”. Since Ellison himself strongly resists categorization of his work, we won’t call them science fiction, or SF, or speculative fiction or horror or anything else except compelling reading experiences that are sui generis. They could only have been written by Harlan Ellison and they are incomparably original.

Why the hell do old, “cult classics” like this never have a REAL synopsis. From my understanding, this is a sci-fi post apocalyptic novel. I Have No Mouth and I Must Scream also got turned into a video game you can buy on Steam, which is pretty cool, and something I might just do!

Three more books removed this week! That’s pretty good. So far, over the past 9 posts, I have removed 37 books from my tbr shelf, I’d say that’s reasonably successful!

Have you guys read any of these and think it was a bad decision to keep or remove it? Let me know!