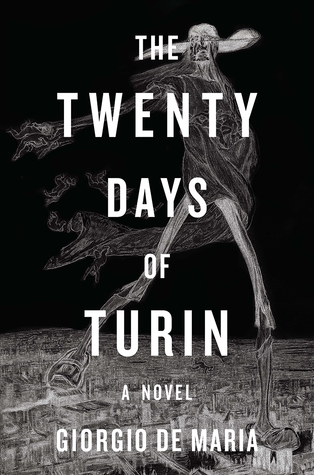 Synopsis: In the spare wing of a church-run sanatorium, some zealous youths create “the Library,” a space where lonely citizens can read one another’s personal diaries and connect with like-minded souls in “dialogues across the ether.” But when their scribblings devolve into the ugliest confessions of the macabre, the Library’s users learn too late that a malicious force has consumed their privacy and their sanity. As the city of Turin suffers a twenty-day “phenomenon of collective psychosis” culminating in nightly massacres that hundreds of witnesses cannot explain, the Library is shut down and erased from history. That is, until a lonely salaryman decides to investigate these mysterious events, which the citizenry of Turin fear to mention. Inevitably drawn into the city’s occult netherworld, he unearths the stuff of modern nightmares: what’s shared can never be unshared.

This may seem like an unfair review but I can only give this 3 stars because I didn’t exactly understand it. I think that’s mainly because I’m a little slow to the mark sometimes and because I read this in a distracting environment, but this disappointed me and didn’t scare me like I hoped it would.

It was well written, especially since it’s a translation, but parts of it felt disjointed and I found it hard to follow the uncovering of the Library’s secrets and the cause of the disturbing and brutal murders. There was well built tension in this and the white-as-a-sheet nun was pretty terrifying to imagine, but in general, I missed a whole lot of the horror in this.

Reading the translator’s introduction (after I had finished the book) definitely helped me “get it” a bit more. Maybe if I had known more about Turin’s history to begin with, I could have connected to the story on a deeper level, but since I had no idea about Turin’s unrest in the 1970’s, that whole subplot went completely over my head.

I hate giving such a little known book a very average review, I like supporting small time authors, but I can’t say much about this author and his work when I have no idea what the hell went on. (OK, that’s an over exaggeration, I half got it).

4 Replies to “Review: The Twenty Days of Turin by Giorgio de Maria”