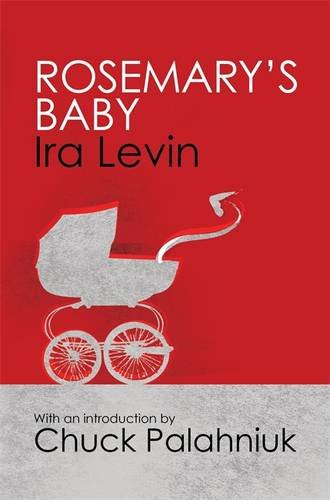 Synopsis: Rosemary Woodhouse and her struggling actor-husband, Guy, move into the Bramford, an old New York City apartment building with an ominous reputation and only elderly residents. Neighbours Roman and Minnie Castavet soon come nosing around to welcome them; despite Rosemary’s reservations about their eccentricity and the weird noises that she keeps hearing, her husband starts spending time with them. Shortly after Guy lands a plum Broadway role, Rosemary becomes pregnant, and the Castavets start taking a special interest in her welfare. As the sickened Rosemary becomes increasingly isolated, she begins to suspect that the Castavets’ circle is not what it seems.

This is no dream, she thought. This is real, this is happening.

Note to self and others: beware of overly friendly neighbours.

This is amazing. At just over 200 pages, this novel takes you on a hell (excuse the pun) of a journey that you won’t forget anytime soon. Levin has managed to make a novel so witty, and at the same time, so terrifying. In a way, the tone of this book is reminiscent of American Psycho (or rather American Psycho is reminiscent of this as it came out afterwards), but rather than vulgar in-your-face gore, this is far more psychologically disturbing. Never has such a mundane life, as Rosemarys and Guy’s, ever been so horrifying.

I’d already watched the movie when I picked this up, so I knew what this novel was about and what happened, and I think, maybe, that made me enjoy this more. When you know how the story plays out, the tension in this really grips you and you find yourself angry and empathetic towards Rosemary’s naivety. I think if I went into this novel not knowing, Rosemary would have simply pissed me off, she’s that sort of weak and dependant woman I oh-so hate in books, but it was a different experience for me, knowing what I know. That’s not to say you won’t like this going into it blind, I’m sure the tension and horror of this will affect you just the same way and you’ll get the pleasure of the pure shock of the discovery, something I didn’t.

I’ve said previously that I find it hard to really hate a character in a book, as I often find things to like about them, despite all their bad ways, but that’s not the case in this one. Let’s just say there is one specific character in this I hate more than anyone (in any other book ever, so far) for their betrayal, all for their own selfish gain.

The ending of this novel is one of the hardest, if not the hardest to swallow. It’s so distressing and so upsetting. I can’t say anything more than that, but it’s truly, truly awful.

I’m really trying not to give too much away with this review, it’s hard not to say so many things, but I think it’s OK to mention the fact this book is about devilry (it’s written on the book as a quote from Capote so it can’t exactly be ignored)! This is a truly terrifying novel, and if you had qualms about having children before, you’ll definitely have more after reading this book.

This is a one sitting read for me and I’m actually excited to re-read it sometime in the future. This work is a masterpiece. It’s definitely my favourite read of the year, so far. Levin is an incredible writer and I’m now aiming to read the rest of his work by the end of the year (yes, even Son of Rosemary, even though it has the worst ratings ever).

P.S. Even if you don’t like horror, you’ll most likely enjoy this book as it’s not openly trying to freak you out. It’s far more a suspense novel that gets in your head.