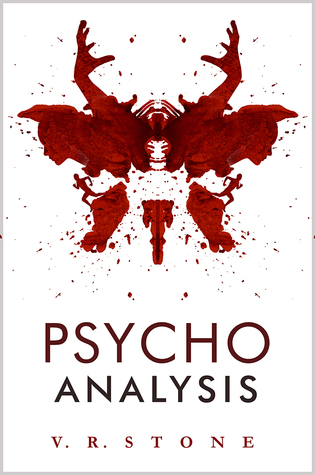 “That old fable” Sarah says, “a scorpion asks a frog to carry him across the river. The frog warns ‘sting me and we both die.’ But halfway across, the scorpion stings the frog anyway.”

Karl nods. “The frog’s dying word is ‘why?’ and the scorpion says ‘it’s in my nature’…”

Ugh, well I was really looking forward to giving this novel a read because it sounded different from the usual serial killer – detective novels out in the market, and for a while it did feel different and more interesting, but it still managed to disappoint me.

This started off pretty well, with a pretty intense and unusual female serial killer that likes to murder men to soothe her addiction to blood and control. With a pretty unorthodox, weed smoking policeman and sex and violence obsessed psychiatrist. All definitely interesting characters in their own right, but when brought together to form this story, they didn’t quite blend together nicely, instead ending up in a sort of lumpy mash instead.

The plot was pretty same-y to most of the other detective novels out there, a troubled cop with family issues trying to find a killer who seems all but impossible to catch. There was nothing exceptional about this particular story – it wasn’t really funny, the characters weren’t out of this world amazing, though the plot did take quite an unexpected shock twist at the end, possibly one of the best twists I’ve read about in a while, but unfortunately it felt so ridiculous and silly it kind of took away the amazing-ness of it. I get that it was meant to be a whoa-what-a-shocker ending but it felt so over the top!

I read this in one 4 hour sitting on the plane journey home so it obviously had enough tension and excitement to keep me entertained, but in the end it turned out to be a pretty mediocre read for me, which is a shame because I was really happy and excited to have been accepted to read it.

Thanks to Netgalley and V.R. Stone for giving me the opportunity to read this in exchange for an honest review.